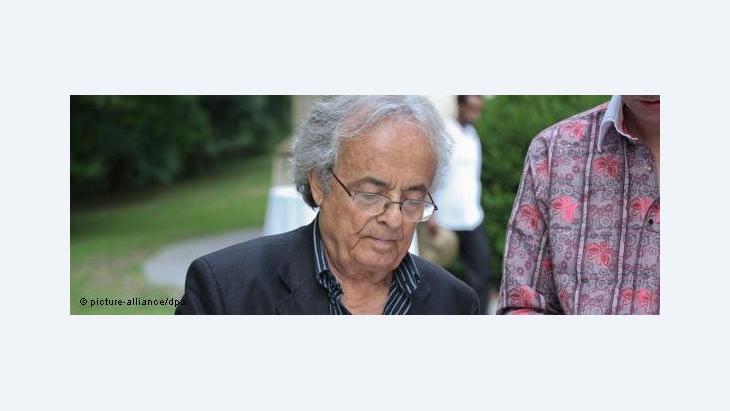 Arab Intellectuals and the Arab Spring
The Silence of the Thinkers

Many intellectuals in the Arab world had already made their peace with the autocrats and dictators. Few of them made an active contribution to the Arab Spring movements. A commentary by Mona Naggar

Adonis has introduced the achievements of the European modern age to Arab culture. He is also a passionate rebel countering the torpor of Arab culture. Just some of the reasons why the Goethe Prize jury in Germany selected Adonis for this year's award. This judgement may have been an accurate one in earlier decades. In the 1960s and 1970s, Adonis was indeed regarded as a rebel by many young Arab writers. He represented a break with the past, critical thinking, renewal. His essays argued against fanaticism and despotism.

But Adonis has long ceased to be a rebel. He is paralysed while Arab culture moves around him more rapidly than ever before. And he has betrayed his propagated ideals. With the Arab Spring, we are experiencing historic upheaval in a region that has long been afflicted by lethargy. But the 81-year-old appears to be incapable of adopting a position on the issue. He manoeuvres and apparently hopes that the "storm clouds" will quickly pass. 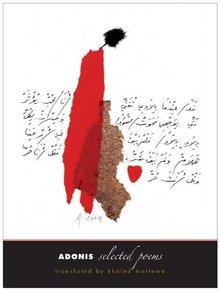 A betrayal of ideals: Cover of an English edition of selected poems by the Syrian-Lebanese writer Adonis

​​The young Syrian writer Maha Hassan brings criticism of Adonis to a head when she calls on him to utilise his last opportunity and adopt a clear position on the Syrian revolution. In an article for the national daily newspaper Al-Hayat, Hassan writes: "You must be clearer, more robust and more exact in your statements on events in Syria. You must take a stance, say something about the Syrian blood that has been spilled!"

The Syrian-Lebanese author writes a column for the same newspaper, in which he outlines his views on cultural and political issues. His last contributions do describe the ruling system in Syria, but don't actually reveal to the reader his true position on the regime. This is incomprehensible in view of developments in his homeland.

Jumping on the bandwagon

Adonis is not the only representative of what has up to now been the region's cultural elite to be put under pressure by revolutionary movements in the Arab world. It would appear that intellectuals who have dominated the Arab cultural scene over the past decades and guided the path of public discourse are finding it difficult to keep abreast of the developments of recent months. And people are evidently reacting with greater sensitivity to statements that appear to defend dictators or hide behind rhetoric. 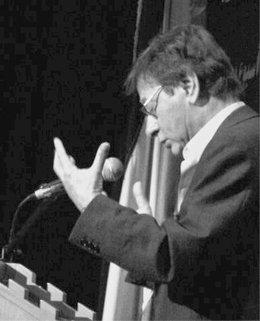 ​​Many writers have demonstrated solidarity with the demonstrators. They have participated in the rallies on Tahrir Square in Cairo or the Avenue Bourgiba in Tunis. Others tried to jump on the bandwagon by stating opinions. Nevertheless, none of them has played an active role in the protests and revolutions. It is as though a generational shift has taken place overnight.

In an article for the Arabic website alawan, Moroccan literary scholar Abdalsamad al-Kabbas writes that the position of the young revolutionaries is clear: "They don't need the established intellectuals, neither those who are loyal to the regime, nor those who oppose it." They also don't need long speeches by party leaders, regardless of political hue, verses by avant-garde poets that appear to predict the revolution, or songs written by songwriters committed to the cause. The same goes for Tunisia and Egypt, but also for the "20 February Movement in Morocco.

Tahar Labib, a Tunisian sociologist and former professor at the University of Tunis confirms al-Kabbas' statements. Labib notes a disrespect among young people for the established intellectual elite. He talks of a new elite, a new culture that is no longer understood by members of his generation. He recognises a gulf between the young instigators of the revolutions and the intellectuals of his generation.

This gulf is understandable and long overdue. The former elite must now face a whole series of questions concerning entanglement, silence, bought loyalties and dubious links to those in power. Why did the famous Palestinian writer Mahmud Darwish accept official prizes from the former Tunisian President Ben Ali? How does Adonis manage to maintain a harmonious relationship with the regime in Damascus while continually upholding the values of contemporary Europe here? 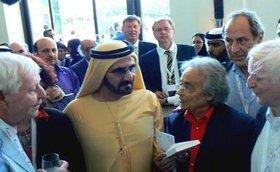 "Struggling to maintain one's own independence": Hans-Magnus Enzensberger and Adonis to the left and the right of Mohammed Al-Makhtoum, absolut monarch of Dubai

​​For Abdalsamad al-Kabbas, it is about the discrepancy between the ideas a person expounds and the life he actually leads, between an appeal for the ideals of enlightenment and their realisation. It is also about the question of forms of behaviour that are tolerated in a dictatorship and which are unavoidable for personal survival, and which are not. The Egyptian writer and journalist Mansoura Ez-Eldin defines the boundaries between a willingness to compromise and silence over injustice and repression: "It's a matter of perpetually struggling to maintain one's own independence," she writes.

Over the past weeks, the Egyptian literary scholar Jabir Asfur has been pilloried and held up as an example of the corrupt intellectual. The former director of the "Highest Authority for Culture" and winner of the 2010 Gaddafi Prize for Literature, accepted his nomination to the post of culture minister in the last government of Husni Mubarak.

Asfur, whose academic credentials earned him respect despite his close relationship with the regime, stepped down some days later and issued a public explanation. It was not followed up with any self-criticism or apology.

Many Arabs will certainly be wondering why Adonis should receive a renowned German cultural prize at the present time. The Arab Spring really didn't deserve this!

Since Ali Khamenei, Iran's most powerful man, has openly and unconditionally come out in support of Putin's war in Ukraine, logistical help is on its way, with an allegedly ... END_OF_DOCUMENT_TOKEN_TO_BE_REPLACED

The Palestinian militant organisation Hamas, with Hezbollah's help, is building up a military presence in Lebanon, the ultimate consequences of which could be devastating, writes ... END_OF_DOCUMENT_TOKEN_TO_BE_REPLACED

In this essay, renowned Lebanese journalist and writer Hazem Saghieh asks whether the Arab Levant, which stretches from Iraq in the East to Egypt in the West, will remain an ... END_OF_DOCUMENT_TOKEN_TO_BE_REPLACED

Khaled Bahlawan hammers nails into a traditional wooden boat he built by hand, toiling under the scorching sun on Syria's Mediterranean coast to preserve a disappearing ancient ... END_OF_DOCUMENT_TOKEN_TO_BE_REPLACED

"Flugt" is the world's first museum dedicated to the stories of those forced to flee. The new museum, which focuses on the fates of refugees then and now, is housed in a former ... END_OF_DOCUMENT_TOKEN_TO_BE_REPLACED

"Finding Home", the second album by Syrian-born, UK-based musician Maya Youssef, works through feelings of loss and destruction until its music reaches a place beyond war and ... END_OF_DOCUMENT_TOKEN_TO_BE_REPLACED
Author:
Mona Naggar
Date:
Mail:
Send via mail

END_OF_DOCUMENT_TOKEN_TO_BE_REPLACED
Social media
and networks
Subscribe to our
newsletter