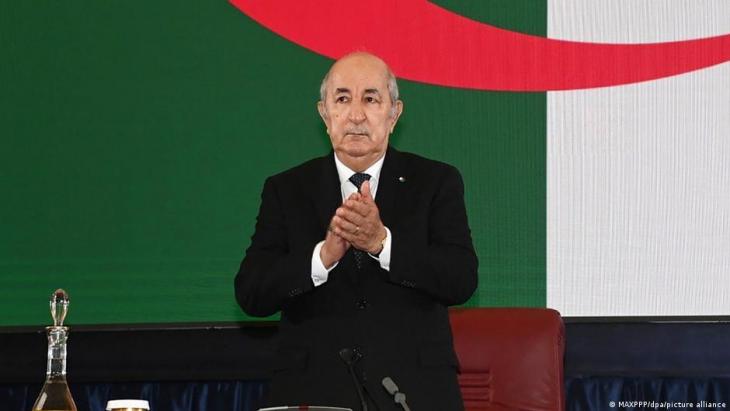 After a two-year hiatus, the Arab League re-convened at the beginning of November in Algiers against a backdrop of uncertainty and discord. By Pierre Boussel

This year’s Arab League summit, held on 1 and 2 November, was to be the great reunion of the Arab world. Indeed, Vladimir Putin hoped this summit –  the League’s 31st – would celebrate Syria’s return to the Arab fold after a decade of exclusion.

However, it was not to be; Saudi Arabia and Egypt blocked the move, citing a failure to implement the longstanding League plan for the Syrian crisis, and the now 11-year-old civil war could potentially escalate. The Syrian government chose not to send a delegation to Algiers, preferring an extension of its isolation over the humiliation of rejection.

This week, under the slogan "Reunion", Algeria hosted the 2022 summit of the Arab League amid persistent divisions on a number of regional issues. The leaders of several regional heavyweights, notably the Gulf countries, Jordan, Morocco and Lebanon, were notable by their absence. Saudi Crown Prince Mohammed bin Salman officially apologised for not participating in the Algiers summit owing to an ear complaint

This was a blow to Russia’s diplomatic strategy, which has invested considerable resources in demonstrating that it is a reliable partner for Arab countries, signing cooperation agreements and launching other diplomatic initiatives. Yet, the war in Ukraine has thrown a spanner in the works, revealing that Moscow is not the ally it claims to be.

Moreover, a food crisis is now affecting the members of the League; just this month, the IMF Managing Director said 141 million people in the Arab world are currently exposed to food insecurity, which has been significantly exacerbated by rampant inflation and shortages in essential goods caused by the Ukraine crisis.

These dynamics have led to drastic behaviours, such as an uptick in the cross-border trafficking of flour, and have created a dire economic and social situation, setting the scene for further unrest.

Attendees at the Algiers summit have had to grapple with the agricultural and energy challenges exposed by the Ukraine war. The first is the obsolete nature of Arab agriculture in the face of global shortages. With few notable exceptions, the region remains import-dependent, as a lack of arable land and water shortages combine with political instability to restrict the capacity of domestic agriculture to keep up with demand.

There is also an urgent need to reorganise grain supply channels (in 2020, for instance, around 80 percent of Lebanon’s wheat imports came from Ukraine). Finally, regional states must consider how to re-design new energy routes equipped to confront the coming transition to renewable energies, along with the trade in liquefied natural gas (LNG), which is emerging as an alternative to Russian gas.

Our world faces great trials and tests. Geopolitical divides are growing and inequalities and injustices are deepening. Cooperation is the only way forward. - @antonioguterres at the Summit of the League of Arab States. pic.twitter.com/vk5LJUvbeN

This week’s summit is also the first gathering of Arab League countries since the Abraham Accords were concluded in 2020. Will the current shared crises help overcome what Algerian President Tebboune has called “the emergence of divergences and disagreements”? This remains uncertain, as the trend towards normalisation of Arab-Israeli relations has created a sharp divide between the Accord’s signatories and those states that have so far refused to take this step.

While the main task of the Algiers summit is to demonstrate that dialogue can prevail over discord, the League remains split between two broad political tendencies. Some call for unity and autonomy, including Egyptian President Sisi, who has proposed “blocking the road to all foreign interventions”. The aim of leaders like Sisi is to resist entanglement in current East-West tensions.

Others like Syria and Sudan, however, have accepted the parallels to the Cold War period by aligning with either the United States-Israel bloc or Russia. Algeria seems to have chosen the latter. In the wake of the summit, joint Russian-Algerian anti-terrorism exercises, "Desert Shield 2022", have been scheduled at the Hamkir military base.

Critics of the League say that in its seventy-seven years of existence, the organisation has never succeeded in establishing a strong Arab voice on the international stage. One solution could be an overhaul of the organisation's statutes, particularly the League’s decision-making process, which requires unanimity, to improve efficiency. This project has haunted Arab diplomats for years, but just as with the current crises, there remains no unanimity on the subject of reform.

Pierre Boussel is a columnist and an associate researcher at the Foundation for Strategic Research (FRS-Paris). His work focuses on armed groups in the Arab world and political Islam.

Nouara may be 65, but she is ready to join thousands of others who burn their ID and pay traffickers for the chance of a new life in Europe. Zineb Bettayeb reports END_OF_DOCUMENT_TOKEN_TO_BE_REPLACED

In Doha, Arabs from Morocco, Tunisia, Egypt and Algeria are gathering to celebrate the first ever FIFA World Cup to be held on Arab soil. The criticism from Europe? Over the top, ... END_OF_DOCUMENT_TOKEN_TO_BE_REPLACED

"Rebel Game: The Power of Football in the Middle East and the Qatar World Cup", an anthology published by Middle East researchers Jan Busse and Rene Wildangel, takes the upcoming ... END_OF_DOCUMENT_TOKEN_TO_BE_REPLACED

The history of Jews and Muslims is far more entangled than you might imagine – but you have to listen out for it. In "Recording History", Christopher Silver takes us on a sonic ... END_OF_DOCUMENT_TOKEN_TO_BE_REPLACED

Welcome to the world of Al Qasar, where Arabic music collides head-on with punk and psychedelic to create something powerful and beautiful. "Who Are We" is a raucous, subversive ... END_OF_DOCUMENT_TOKEN_TO_BE_REPLACED
Author:
Pierre Boussel
Date:
Mail:
Send via mail

END_OF_DOCUMENT_TOKEN_TO_BE_REPLACED
Social media
and networks
Subscribe to our
newsletter