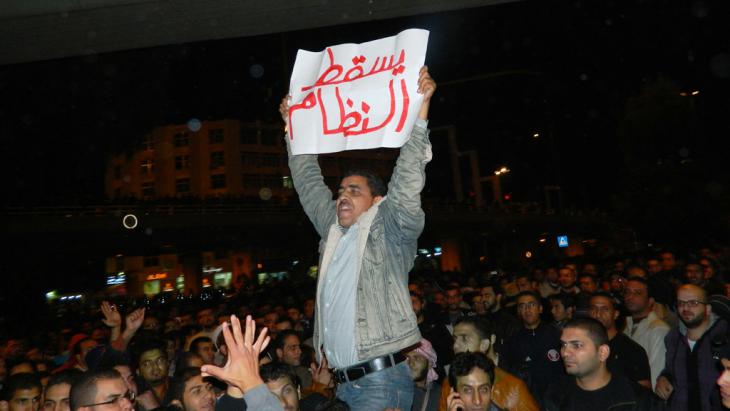 Tunisia, Egypt, Syria: in 2010/2011 the Arab World was in uproar. Young people took to the streets; the demonstrations led to regime change, but also to civil war. In Jordan, however, the protests lasted only briefly – and generated few results. The Jordanian journalist Tamer Khorma took part in the protests at that time. He explains why things came to a head and talks about the current situation in the country

Mr. Khorma, in the wake of the Arab Spring Jordan also saw its fair share of demonstrations. Yet they produced few results. Why is that?

In order to understand the situation in 2011, one has to look at the background. Initially the protests in Jordan had socio-economic goals, not political ones. It all began back in 2006, when some workers at the Ministry of Agriculture started a protest movement. By 2009, the demonstrations had expanded to include dock workers and others. There was a huge protest in the port of al-Aqaba in 2009, for instance. The security forces reacted with disproportionate force. It was really horrible. But it had an effect: it mobilised the working class to push for its demands.

What were those demands?

The main reason for the protests was anger over privatisation and corruption. At the time, the majority of Jordanians worked in the public sector. Following a wave of privatisations, they no longer felt economically secure. In 2010, the middle class joined the movement – teachers began demonstrating as well. But the government failed to solve the problems. So when the Arab Spring started in Tunisia and Egypt in 2011, the same activists who protested in 2006 managed to mobilise the masses here in Jordan.

Where did it start? 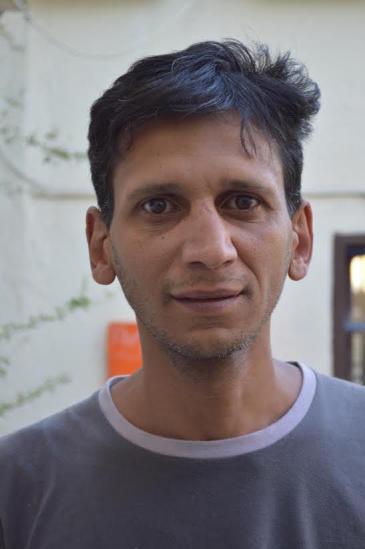 Tamer Khorma is a freelance journalist and research officer for the JO24 online newspaper. His research paper about the Arab Spring in Jordan was published by the German Institute for International and Security Affairs

The first protest took place on 7 January, in Dhiban, a village to the south of Amman, near Madaba. Within a week there were calls for major demonstrations in the capital city. But the opposition parties hesitated. They weren't sure whether they wanted to participate. Only after lengthy discussions did they allow the youth sector of the party to participate – but without officially acknowledging it.

How big were the protests?

They were huge. They took place every Friday in downtown Amman. Yet, at that time people still weren't calling for an overthrow of the regime. All the slogans were about social justice, against privatisation and corruption. Then, the Muslim Brotherhood got involved. They were also demanding political reform. They didn't want to overthrow the regime, however; they wanted to participate in it. In a way, you could say their demands were similar to those of the left-wing groups. At first they actually worked together. But after the Syrian crisis there was a split: the Muslim Brotherhood backed the rebels and the socialist parties stood behind Assad’s regime.

The next big wave were the strikes in November 2012. What exactly happened?

The prime minister announced another wave of price rises which sparked protests across Jordan. It was huge. It was beyond control of the political parties. It was now that youth organisations and tribal groups started to demand regime change. It was as if there would be a revolution at any moment. But then, after a week, it fizzled out.

The authorities were really clever. They didn't use any bullets. They didn't use disproportionate force. They didn't push people over the edge. As a result, they managed to prevent the strike from turning into a revolution. Another reason why the protests vanished was, of course, Syria. The government-controlled media maintained its focus on the protests in Syria. Everyday the news was full of images of the victims. And so people became cautious. They didn't want the same things happening to them. And then there was Egypt, where the Muslim Brothers hadn't lived up to their promises. People still had the same problems. So the Jordanians became full of despair. It wasn't working in Syria; it hadn't worked in Egypt, why should it work in Jordan? 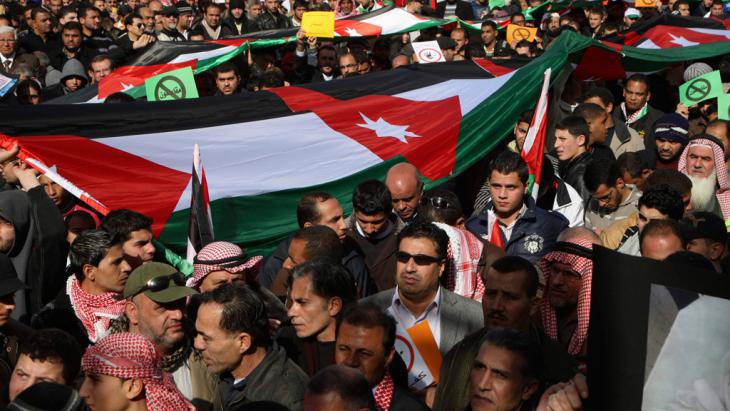 Taking the wind out of the opposition′s sails: at the height of the protests in Egypt in January 2011, King Abdullah announced tentative political reform and dismissed his controversial prime minister, Samir Rifai

Some people claim that the constitution of the Jordan society, i.e. the difference between Palestinians and Jordanians, also played a role. To what extent is this true?

At the moment we have a huge problem with IS. That is why the activists in Jordan decided to stop protesting against the government. Because they are afraid that radical Islamists would exploit such a situation for their own ends. But this actually means that real political and social reforms are urgently needed. Otherwise IS will find a way to penetrate Jordan. And that would be catastrophic.

How do you regard the country′s political future?

There are three possibilities: one, the population will rise up for economic reasons. In that case, expect an armed struggle. The second scenario is that of a military coup. And the third scenario is the one I genuinely hope for: that the King is persuaded to finally address his country's economic problems. It's the only way I can see Jordan surviving.

A new survey by Arab Barometer adds numbers to the narrative that COVID has led to a harsher reality for women in the Middle East and North Africa. By Jennifer Holleis and Razan ... END_OF_DOCUMENT_TOKEN_TO_BE_REPLACED

They’ve already got the Louvre; they’ll soon have a Guggenheim Museum as well – and now the Emirates have added literature to their quest for cultural supremacy in the Arab world ... END_OF_DOCUMENT_TOKEN_TO_BE_REPLACED

The rollout of coronavirus vaccines in the Middle East and North Africa is already taking place on a massive scale, with the United Arab Emirates leading the way. Nevertheless, ... END_OF_DOCUMENT_TOKEN_TO_BE_REPLACED

Faced with a deteriorating economy and a discontented populace, Jordan's ruling family is feeling the pressure. END_OF_DOCUMENT_TOKEN_TO_BE_REPLACED

Founded in 1921 as a temporary solution, Jordan managed to establish itself as one of the most stable countries in the Middle East. The inclusive and flexible approach taken by ... END_OF_DOCUMENT_TOKEN_TO_BE_REPLACED

German Middle East analyst Guido Steinberg and television journalist Ulrich Tilgner have both published new books on the conflicts in the Middle East. Their analyses and their ... END_OF_DOCUMENT_TOKEN_TO_BE_REPLACED
Author:
Sascha Lübbe
Date:
Mail:
Send via mail

END_OF_DOCUMENT_TOKEN_TO_BE_REPLACED
Social media
and networks
Subscribe to our
newsletter