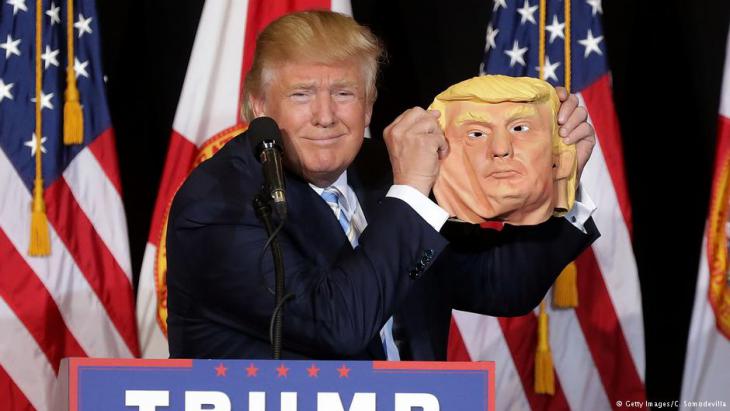 Radical Islamists and Arab autocrats alike were pinning their hopes on Donald Trump. Now they are out to seize their chance. At the moment, however, no one in the Arab world can predict what line Trump is likely to pursue. By Karim El-Gawhary

During the election campaign, Donald Trump could always be relied on for pithy sound bites. He vowed for example that, as US President, he would "bomb the hell out of the IS". He also gave a glimpse of his viewpoint on the Syrian civil war on several occasions by courting Bashar al-Assad as a combatant against terrorism. Hovering above it all is his anti-Muslim rhetoric, which, though intended more for domestic use, has of course been duly taken note of in the Arab-Islamic world.

But what will this all mean once Trump takes office in January? Will he formulate a new US policy towards the Arab world? Will he rethink the stance taken by the USA in the fight against the IS? We might as well try to read tea leaves. Because Trump's rhetoric in fact allows no conclusions of any sort to be drawn with respect to a foreign policy strategy.

For the Arabs, it's as though a Martian were to land on the Earth and they would all stand there, frozen, waiting to see what the creature would do first. Or, to put it another way: Trump is a bit like a missile without a guidance system, so that no one knows just where it will strike.

What we can say for sure is that Trump will inherit from his predecessor, Barack Obama, numerous conflicts in the Arab world in which the USA is directly involved. At the moment, the US military is actively bombing seven of the world's countries. Four of them are in Arab countries. In Iraq and Syria, IS positions are being targeted directly by fighter planes, and in Libya and Yemen by combat drones. To complete the list, the other countries targeted by US drone warfare are Afghanistan, Pakistan and Somalia. Trump will have to take a stand on all of these conflicts and the US military engagement there. So the Arab realities will catch up with him faster than he would like. 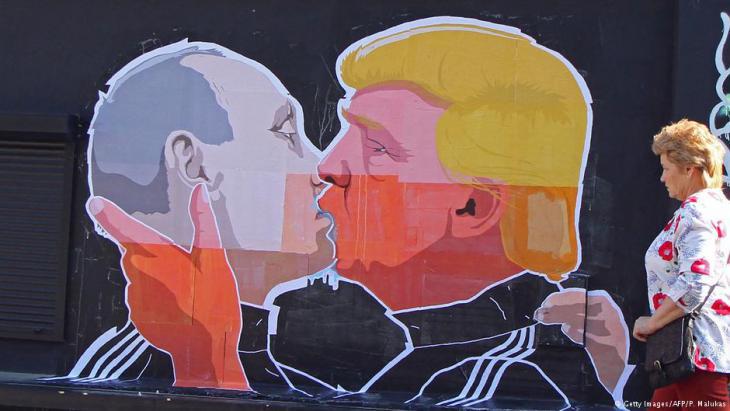 New era of Russian-American solidarity? "Trump might thus end up adopting the rhetoric of Assad and Russia, which writes off rebels in Syria as terrorists in order to preserve the current regime. It is also possible that he will simply give Russia and the regime carte blanche to do as they please in the name of combating terrorism," writes Karim El-Gawhary

On the day after Trump's victory, the Arab media were all in agreement that he would not be likely to change the current tactics in the battle against the IS in Iraq. He will therefore presumably not be deploying any ground troops on a large scale. The USA has long been active in Iraq below that level, so Trump will most likely continue to rely there on "local partners" and "US military advisers", as they are referred to in US military jargon.

Carte blanche when it comes to combating terrorism?

The big question is whether he will change the position taken by the US towards the Syrian civil war. "I don't like Assad at all, but Assad is killing IS, Russia is killing IS and Iran is killing IS," he remarked during one of the campaign debates. Courting Assad's regime as a bulwark against the IS would indeed be a sweeping change in US policy. Trump might thus end up adopting the rhetoric of Assad and Russia, which writes off rebels in Syria as terrorists in order to preserve the current regime.

It is also possible that he will simply give Russia and the regime carte blanche to do as they please in the name of combating terrorism. "The rebellion in Syria could be the first victim of Trump's policies," commented the London-based Arabic newspaper Al-Arabi Al-Jadid.

Assad is not the only Arab autocrat who was happy to see Trump win the election. It is probably no coincidence that Egyptian President Abdul Fattah al-Sisi of all people was the first head of state anywhere to pick up the phone and congratulate Trump on his victory, while leaders in Europe were still busy wondering how to phrase their congratulatory telegrams as innocuously as possible.

The ″fantastic guy″ from Egypt

During the campaign, Sisi described Trump as a "great political leader" after Trump had met with the Egyptian president in the USA and called him a "fantastic guy". It is no secret that the chemistry between Sisi and Obama has never been the best. Sisi hopes that Trump will have greater appreciation for his autocratic style – a hope surely shared by his Arab autocrat colleagues. 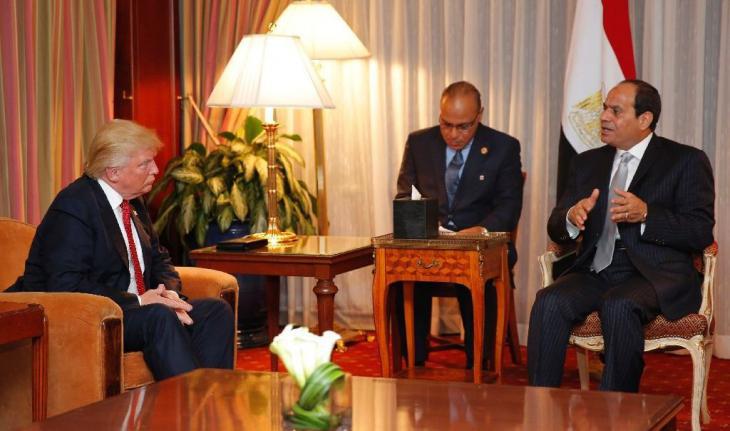 An exception is perhaps the sheiks and kingdoms of the Gulf States. During the US election campaign, they supported Hillary Clinton more or less openly, embracing the principle "better the devil you know". Several tweets by Donald in which he declared, for example, that Saudi Arabia should actually be paying billions to the USA for its defence of the country, concluding: "Without us, gone", were not exactly well received, and not only in the Royal House. In a survey taken in Saudi Arabia, 68 per cent of the respondents said they would vote for Clinton. This is in a country where there has never been an election to choose the political leadership and where women are not even allowed to drive. But a Saudi majority could nonetheless get behind the idea of Clinton as a female US President.

Even these waves are likely to be smoothed quickly, however, once Trump takes office. Only two figures are necessary to explain why: the US still obtains 11 per cent of its oil from Saudi Arabia and does in fact get back a good portion of its defence money back, seeing as it supplied weapons worth US$33 billion to the Gulf States alone last year. Trump's rhetoric is therefore likely to be deflated quickly in the Saudi desert heat.

A step further towards ″eliminating the grey zone″

But there is still the question of whether Trump's anti-Muslim bombast is doing damage to radical Islamists worldwide, or rather playing right into their hands. The answer is relatively easy to find. If IS leader Abu Bakr al-Bagdadi had been allowed to vote in the USA, he would probably have voted for Trump. Because Trump fits in perfectly with the militant Islamists' worldview.

An article in the online IS magazine Dabiq last year discussed in detail the idea of "Eliminating the grey zone". What is meant here is the peaceful coexistence of Muslims and non-Muslims. According to the article, the goal of the IS is to polarise Western societies in the hopes of better mobilising Muslims to spread the message of hate. The IS could therefore not dream of a better President than Donald Trump.

They’ve already got the Louvre; they’ll soon have a Guggenheim Museum as well – and now the Emirates have added literature to their quest for cultural supremacy in the Arab world ... END_OF_DOCUMENT_TOKEN_TO_BE_REPLACED

Years in the making, Sisi's elite New Administrative Capital will isolate most Egyptians from their centres of government in an effort to fortify the regime against any social ... END_OF_DOCUMENT_TOKEN_TO_BE_REPLACED

Professor Timothy Brennan's "Places of Mind: A Life of Edward Said" is a detailed biography of one of the most important intellectuals of the twentieth century, taking us on a ... END_OF_DOCUMENT_TOKEN_TO_BE_REPLACED

China has long portrayed itself as a strong supporter of the Palestinian cause. It has also claimed that in sharp contrast to the stance of the USA, its position is based on ... END_OF_DOCUMENT_TOKEN_TO_BE_REPLACED

Recep Tayyip Erdogan, disappointed by the European Union’s reluctance to integrate Turkey into its ranks, has re-directed his country’s diplomacy toward the Maghreb and Africa to ... END_OF_DOCUMENT_TOKEN_TO_BE_REPLACED

END_OF_DOCUMENT_TOKEN_TO_BE_REPLACED
Social media
and networks
Subscribe to our
newsletter