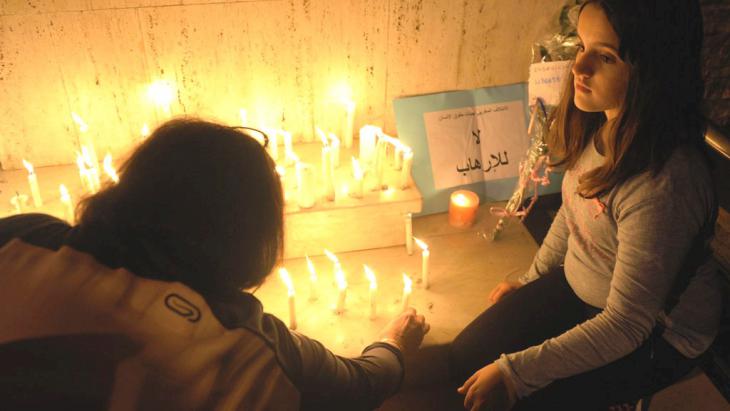 Arab reactions to the Paris attacks

Uneasy bedfellows in the fight against IS

Across the Arab world, there has been round condemnation of the attacks in Paris, which are generally viewed as retribution for the West′s engagement with IS in Syria. In this conflict, however, the Arab states don′t make for easy bedfellows. By Christoph Ehrhardt

"The same terror, the same tears". This was Saturday′s headline in the Lebanese newspaper "L′Orient Le Jour". Beneath it, a picture of two Lebanese women grieving the victims of Thursday evening′s suicide bombings in Beirut, and images from Paris, a city rocked by its own terrorist attacks a day later. The newspaper "Al-Safir" said the scene was reminiscent of comparable events in Lebanon, Syria or even Iraq.

Several Arab commentators were quick to link both attacks – as well as the crash of the Russian plane flying out of Sharm el Sheikh – with "Islamic State" (IS) – and with the Syria conflict. It would appear that the reverberations of this are not only being felt in neighbouring countries.

Attacks conducted under the IS banner are apparently increasingly being aimed at targets far beyond the borders of the IS Caliphate in the Levant. This would represent a new threat, as up to this point feeding jihadist prestige using spectacular terrorist attacks has principally been al-Qaida′s chief strategy.

Terrorism experts in France observed jubilation among French jihadists in Syria on Friday, who celebrated the terror attacks in Internet forums. The happenstance statements were also interspersed with calls to continue the killing in Paris. An image posted on Twitter shows a concert audience – superimposed with a hand grenade with the words: "The grenade, easy to detonate and perfect against infidels". The image is also embellished with the words that jihad should not only be conducted in Syria. 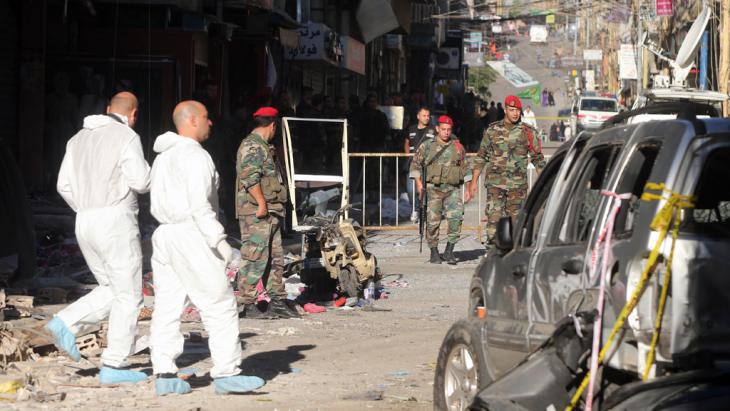 Trail of death: forty-four people were killed last Thursday during a double attack in Beirut. The jihadist militia "Islamic State" (IS) has admitted responsibility for the attack on a busy shopping street in Burdsch al-Baradschne district, a stronghold of support for the Shia organisation Hezbollah

The Assad regime in Damascus used the bloodbath in Paris to once again tender its support as partner in the fight against Islamist terrorism, which it has itself fomented at home. As the state news agency Sana reported, the Syrians understand more than anyone else what it means to suffer as a result of jihadist terror.

The despot Bashar al-Assad told a delegation of French deputies on Saturday that the attacks in Paris could not be separated from what had happened in Beirut (the attack there had ultimately been aimed at Hezbollah, a key ally), and what has been going on in Syria for five years. France′s "mistaken policies" had contributed to the spread of terrorism, said Assad, and President Francois Hollande must change his policies. Assad said he himself had been warning against such an outcome for three years.

Arab states shocked by the bloodbath

The leaders of the Arab states, among them Saudi Arabia, Egypt, Qatar, Jordan and Kuwait, appeared shocked by the bloodbath and reaffirmed their commitment to the fight against IS. The Saudi leadership issued a statement saying that the international community should stand together and redouble its efforts to "eradicate this dangerous and destructive plague" that threatens the stability and security of the world. 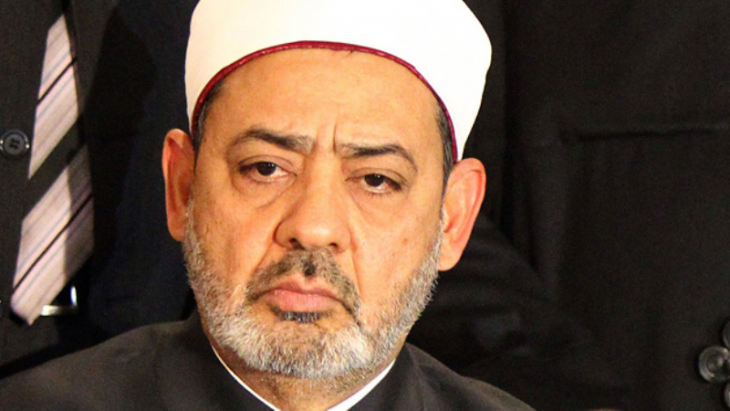 The chancellor of the Islamic Al Azhar University in Cairo, one of the leading centres of Sunni Islam, has condemned the Paris "hate" attacks. "Such acts contravene all religious, humanitarian and civilised principles", declared Imam Ahmed al-Tayeb on Saturday at a conference on a "new departure in Islamic thought" in Egypt′s Luxor

Foreign Minister Adel al-Jubeir said on Saturday that Saudi Arabia had long been calling for more intensified international efforts to combat the scourge of terrorism in all its shapes and forms. Egyptian President Abdul Fattah al-Sisi was quoted as saying, "Such attacks of terrorism will not weaken the will of peace-loving nations."

Imam: the world must unite to confront this "monster"

But Arab regimes don′t make for easy bedfellows in this conflict. The Saudi brand of puritanical state Islam and its teachings, exported at great expense, provides fertile ground for jihadist ideas. In Egypt, the hardline regime is driving increasing numbers of young Egyptians into the arms of jihadist hate preachers and IS recruiters.

Ahmed al-Tayeb, the state-loyal Grand Imam of al-Azhar University, one of the most important authorities in the Islamic world, condemned the terror attacks and emphasised that Islam was not to blame. "Such acts are contrary to all religious, humanitarian and civilised principles," the imam said on Saturday at a conference on a "new departure in Islamic thought" in Luxor in southern Egypt. The world must "unite to confront this monster". But radical ideas are also flourishing in the dormitories of his own institution, as young Islamists divulged in Cairo in recent days.

Musicians from Morocco to Iraq have been crossing paths at the Oriental Summer Academy in south-western Germany for ten years. Matthias Wagner, who founded and directed the ... END_OF_DOCUMENT_TOKEN_TO_BE_REPLACED

In the Arab world, freedom of opinion collides with a societal juggernaut that silences imagination with remarkable efficiency. Egyptian author and novelist Khaled al-Khamissi ... END_OF_DOCUMENT_TOKEN_TO_BE_REPLACED

This 11 September marked the nineteenth anniversary of the terrorist attacks in New York and Washington. The wide-ranging repercussions of those attacks in the years since 2001 ... END_OF_DOCUMENT_TOKEN_TO_BE_REPLACED

The rise of liberation movements in the Arab World during the 20th century brought with them an array of complimentary works from the creative sector. Sultan Sooud Al Qassemi ... END_OF_DOCUMENT_TOKEN_TO_BE_REPLACED

Two prominent cases concerning gender-based violence – that of Ahmed Zaki, who has been accused by more than 100 women of extortion, sexual harassment, coercion and rape, and that ... END_OF_DOCUMENT_TOKEN_TO_BE_REPLACED

Alexandra Kinias was denied a job as a site engineer in an oil company because of her gender. The rejection letter clearly stated that the company would rather offer its jobs to ... END_OF_DOCUMENT_TOKEN_TO_BE_REPLACED
Author:
Christoph Ehrhardt
Date:
Mail:
Send via mail

END_OF_DOCUMENT_TOKEN_TO_BE_REPLACED
Social media
and networks
Subscribe to our
newsletter