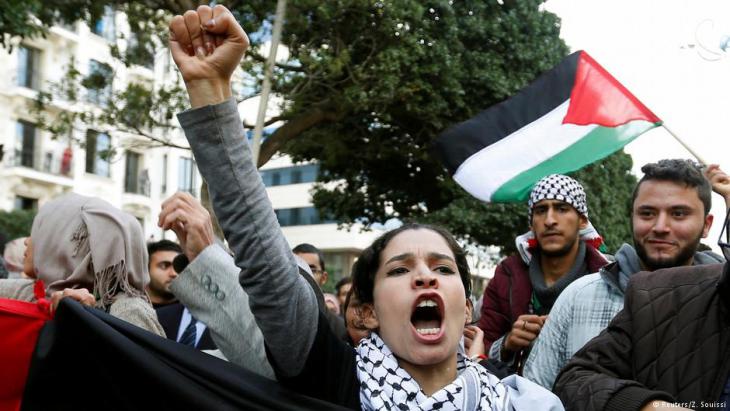 A little-noticed subtext to furious protests across the Middle East and North Africa against US President Donald J. Trump's recognition of Jerusalem as the capital of Israel is simmering anger at Arab governments. An essay by James M. Dorsey

The subtext demarcates a delicate balance between Arab youth frustrated with governments that are seemingly unwilling and unable to stand up for Arab rights and Arab leaders whose survival instincts persuade them to maintain failed policies.

The anger is driven by a continued display of Arab inability to reverse Israeli occupation of territories occupied during the 1967 Middle East war, a readiness to overtly or covertly co-operate with Israel in the absence of an Israeli–Palestinian peace agreement, and, even worse, reports that Gulf states were willing to support a US peace plan that failed to meet minimal Palestinian demands for an independent state.

Underlying the anger is frustration that Arab regimes, six years after the 2011 popular Arab revolts and amid years of a brutal and violent United Arab Emirates and Saudi-led counter-revolution that has rolled back the achievements of the uprisings everywhere except for in Tunisia, still fail to deliver public services and goods.

The potentially explosive mix is highlighted by the Arab and Muslim world's response to Mr Trump's move that amounts to little more than toothless statements and a glaring lack of diplomatic action.

Virtually no Arab government has summoned a US ambassador or charge d'affaires to protest the decision. Nor have Arab leaders sought to pin Mr Trump down on what his statement, that is riddled with apparent internal contradictions and vague assertions, means. Only Palestinian president Mahmoud Abbas drew a line by announcing that he would not meet with US Vice President Mike Pence when he visits the Middle East later this month. 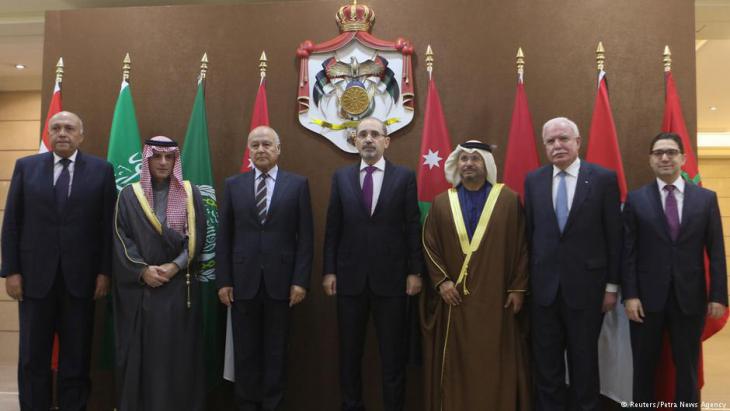 Meeting of foreign ministers from Arab states in Amman. "The Arab and Muslim world's response to Mr Trump's move [...] amounts to little more than toothless statements and a glaring lack of diplomatic action. Virtually no Arab government has summoned a US ambassador or charge d'affaires to protest the decision. Nor have Arab leaders sought to pin Mr Trump down on what his statement, that is riddled with apparent internal contradictions and vague assertions, means," writes James M. Dorsey

The strategy of Arab leaders appears one designed to verbally condemn Mr Trump's move and hope that prolonged protests will prove unsustainable. Arab leaders have good reason to believe that maintaining the degree of mobilisation on the streets of Jerusalem, Palestinian cities and Arab capitals will prove difficult.

Their repressive policies and the Middle East's dissent into chaos and violence as a result of the counter-revolution has dampened appetite for renewed mass anti-government protest despite calls for a third intifada or anti-Israeli uprising by groups like Hamas, the Islamist group in Gaza, and Hezbollah, the Iranian-backed Shia militia in Lebanon.

That may be a risky calculation in the medium rather than the short term. If the Arab revolts and the escalation of extremism proved anything, it is that Arab leaders ignore frustration and anger at their peril. Explosions of public anger are more often spontaneous than planned.

Gulf leaders are not wholly oblivious to the threat. Forced by lower oil prices, they have announced reform plans that aim to diversify and rationalise their rentier state economies, loosen social restrictions and unilaterally rewrite social contracts while tightening political control. Yet, leaders like Saudi Crown Prince Mohammed bin Salman have yet to deliver jobs and greater economic opportunity. 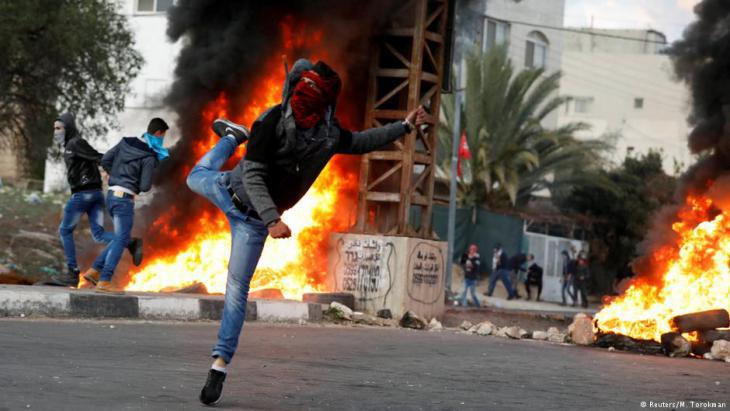 Anger at Trump and their own leaders: in December 2017, thousands of Palestinians protested against President Trump's decision to recognise Jerusalem as the capital of Israel. Soon after, demonstrations across the Muslim world also targeted the passivity of Arab leaders, who demonstrators felt did little or nothing to protest Trump's move

No ear to the ground

The question also is to what degree Gulf leaders have their ear to the ground. Bahrain, a Saudi ally that seldom moves without consulting Riyadh, allowed a 25-member interfaith group to make a rare visit to Israel despite Mr Trump's move.

The timing of Bahrain's decision to violate a 2002 Saudi-driven Arab peace plan adopted by the 57-nation Organization of Islamic Cooperation (OIC) that calls for normalisation of relations with Israel only when the Jewish state withdraws from territories conquered during the 1967 Middle East war, could not have been worse.

It reinforced a belief among protesters that Arab leaders attributed greater importance to strengthening informal ties with Israel, whom they view as an ally in their efforts to counter Iran, than to protecting Arab and Muslim rights.

While unwilling to risk their relationship with Washington despite deep-seated passions evoked by the controversy over Islam's third most holy city, Arab leaders, paradoxically, have so far failed to exploit the wiggle room offered by Mr Trump's statement.

A careful reading of Mr Trump's statement leaves room for interpretation even if there is little doubt that the president intended to bolster Israel's position. US officials, including United Nations ambassador Nikki Haley, have struggled to explain how the statement furthers the peace process without alienating Mr Trump's domestic base that endorses the Israeli claim to all of Jerusalem.

Mr Trump catered to his base by refraining from qualifying his recognition of Jerusalem with a reference to Palestinian claims. Yet, he asserted that he was not prejudging the outcome of peace negotiations. 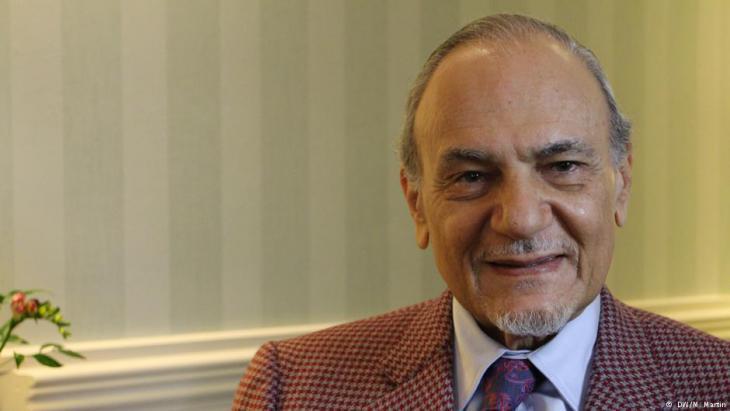 Arab leaders could project themselves as getting in front of the cart by seeking clarification from Mr Trump on whether and what limitations he may put on recognition of Israeli sovereignty over Jerusalem in terms of what that means for the status of the city's Palestinian population and Israeli settlement activity in East Jerusalem.

Former Saudi intelligence chief and ex-ambassador to London and Washington Prince Turki al-Faisal appeared to allude to that when he warned in an open letter to Mr Trump that "your action has emboldened the most extreme elements in the Israeli society … because they take your action as a license to evict the Palestinians from their lands and subject them to an apartheid state."

Amid the raw emotions, Arab leaders and protesters are both walking a fine line. Protesters' anger is about more than fury with Mr Trump. It is about their leaders' multiple policy failures. Arab leaders need to be seen as being on the right side of public opinion while not rocking the boat.

If there is a silver lining in Mr Trump's move, it may be Arab leaders' need to bridge the gap between public perception and their survival instinct. Leading the charge in pressuring the president to clarify his statement is an opportunity, Arab leaders have so far failed to capitalise on.

Women's empowerment in the Gulf has become a tool of deflection, rather than a genuine effort to promote women’s full and equal participation in society. By Mira Al-Hussain END_OF_DOCUMENT_TOKEN_TO_BE_REPLACED

A straightforward message emerged from last week’s meeting in the Negev desert of the foreign ministers of four Arab countries, Israel and the United States: Israel is key to the ... END_OF_DOCUMENT_TOKEN_TO_BE_REPLACED

Hamburg lawyer Eugen Balin is a member of the World Jewish Congress' Jewish Diplomatic Corps. At the end of 2021, a delegation of the Corps visited the United Arab Emirates, which ... END_OF_DOCUMENT_TOKEN_TO_BE_REPLACED

A number of Arab League member states have announced in recent weeks that they intend resuming relations with the Syrian regime. A potential invitation to the Arab League summit ... END_OF_DOCUMENT_TOKEN_TO_BE_REPLACED

The catastrophic human rights situation in Bahrain is being largely ignored by the rest of the world. Despite all the damning evidence, which includes a Human Rights Watch report ... END_OF_DOCUMENT_TOKEN_TO_BE_REPLACED

Germany's foreign policy is explicitly values-based. But what happens, Ralf Bosen asks, when democracy, the rule of law and human rights collide with the logic of trade and ... END_OF_DOCUMENT_TOKEN_TO_BE_REPLACED
Author:
James M. Dorsey
Date:
Mail:
Send via mail

END_OF_DOCUMENT_TOKEN_TO_BE_REPLACED
Social media
and networks
Subscribe to our
newsletter