Firstly, the upheavals in 2019 occurred in countries that seem so far away and indeed foreign to us. Or have you ever visited Algeria on holiday? Gone diving in the Red Sea in Sudan? The opinion leaders of the media are just like you. Many journalists specialising on the region learnt Arabic in Cairo, perhaps travelled to Tunisia and Syria. But Algeria or Sudan? No chance. And who actually cares about a country they have never seen? Politically as well, there are no close ties between Germany and Sudan or Algeria – quite unlike France, incidentally, with its colonial history in North Africa. In that country, Algeria dominated newspaper headlines for weeks. 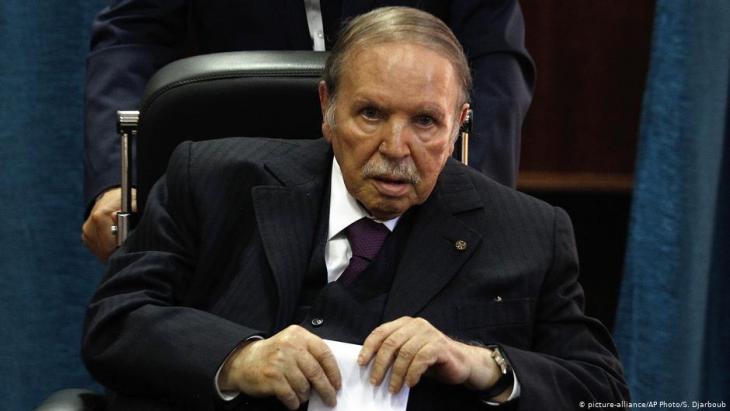 Long-time despot Abdelaziz Bouteflika ditched by the people: in Algeria it was the announcement of the state leadership, hardly surpassed in its audacity, to re-elect Abdelaziz Bouteflika, who had ruled for 20 years, for a fifth term of office. When the 82-year-old finally gave in to the pressure from the streets in April, he barely managed to hand in his resignation from his wheelchair

Secondly, a feeling of resignation seems to prevail when it comes to Arab uprisings. After 2011, there followed a counter-revolution from 2013 onward. The military regime in Egypt was restored; Libya, Yemen and Syria descended deep into war; IS set up its regime of terror. Disappointed, many people turned away.

Yet perhaps there is a positive side to this resignation: the naive euphoria that seized many observers in 2011 has given way to a more realistic point of view. Didn't we particularly relish the sight of young people in Cairo or Damascus who wanted to be like us in the West? The changeover was ultimately much more difficult than we had hoped, or at least our expectations were not immediately met.

The next shock came in 2015 with the "refugee summer", when it became brutally plain that change brings instability – in this case so great that it literally washed up on our European shores. Not only right-wingers have come to understand that the revolutions in the Arab world represent a profound turning point for the societies there, one that is accompanied by protracted political crises right on Europe's doorstep. Rather than a passion for revolution, Europe has been gripped by a longing for peace and order.

Political analyst Taqadum al-Khatib argues that Egypt can, in co-ordination with its European partners, develop a common vision to solve the complex conflict in Libya. For this to ... END_OF_DOCUMENT_TOKEN_TO_BE_REPLACED

Algeria's political impasse has been going on for weeks. Attempts to calm the public mood by sacrificing some of the Bouteflika faithful has only served to fuel demonstrators' ... END_OF_DOCUMENT_TOKEN_TO_BE_REPLACED

Nearly a decade after the Arab Spring fizzled out, a new wave of protests has swept across the Middle East and North Africa. What is different this time – and will the protesters ... END_OF_DOCUMENT_TOKEN_TO_BE_REPLACED

Hassan Aourid is one of the most important political and intellectual figures in Morocco. In interview with Ismail Azzam for Qantara, Aourid outlines his vision of the decline of ... END_OF_DOCUMENT_TOKEN_TO_BE_REPLACED

The Arab world is one gigantic pressure cooker. For the most part the lid of repression is on, but it is boiling over with increasing frequency. Whether in Lebanon, Iraq or in ... END_OF_DOCUMENT_TOKEN_TO_BE_REPLACED

In the wake of the Arab Spring, not one Arab dictator has faced charges for creating a police state and inducing terror among citizens. Similarly, none has been prosecuted for ... END_OF_DOCUMENT_TOKEN_TO_BE_REPLACED
Author:
Jannis Hagmann
Date:
Mail:
Send via mail