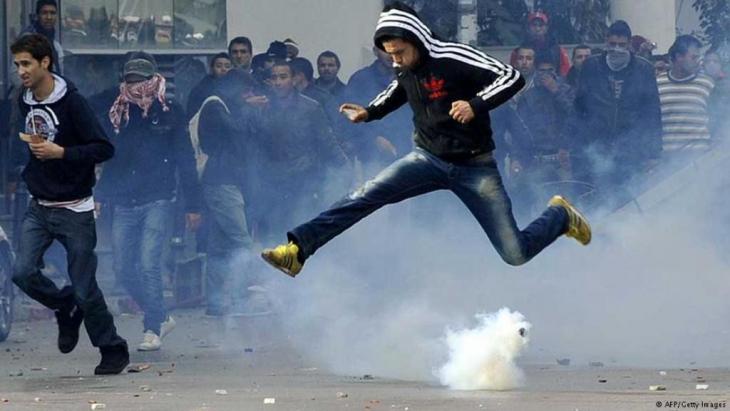 Arab Spring and Western Winter
Look before you leap!

Economist Ishac Diwan compares the failure of the Arab Spring with the rise in right-wing populism across the western world, both of them phenomena marked by massive social tensions. Moreover, he argues, the efforts of progressive movements to provide a viable alternative have all but run aground

There are many striking parallels between the “Arab Spring” that began in 2010 and the United Kingdom′s Brexit referendum, the election of U.S. President Donald Trump and the far right′s resurgence across Europe. In each case, an old order fell, yet progressive parties have proven too weak to counter the emergence of authoritarian and xenophobic forms of governance. The growing discontent with the status quo that underpinned the Arab uprisings of 2010-11 had many causes and the opposition took both progressive and conservative forms.

Members of the middle class resented their loss of dignity at the hands of an unaccountable elite. Young people decried a future that looked especially bleak when compared to the expectations of their parents′ generation. And Islamists stoked moral opposition to the loss of ethical values in society.

These are all recurring themes in ongoing debates across the West, with its growing population of disaffected whites, displaced workers and frustrated young people. Over time, as economic liberalism has crowded out long-standing principles of equality and social solidarity, vast wealth disparities have emerged, corrupting many Western countries′ politics.

Meanwhile, globalisation and technological innovation have had profoundly negative effects on certain social cohorts and public policies have failed to mitigate the damage. Far-reaching policy adjustments are now urgently needed, not least because of the deadly threat that climate change poses to the entire globe.

But what adjustments will be made and who will carry out them out? Popular revolts – in the streets and at the ballot box – have so far failed to deliver an alternative governing framework that offers credible solutions to the political, social and economic problems that have engulfed Western and Middle Eastern societies. 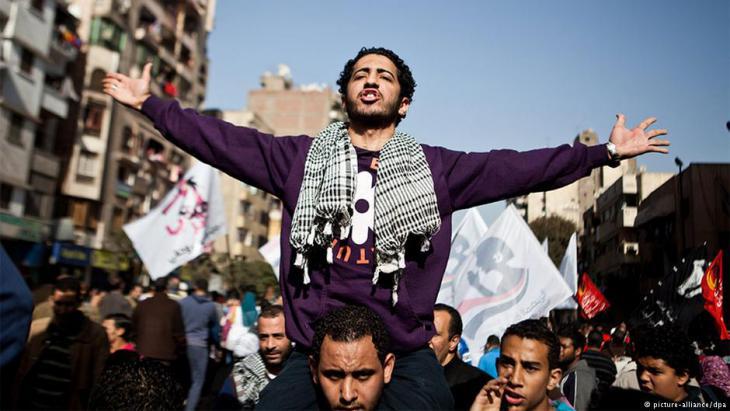 Autocratic restoration on the Nile: Egypt′s democracy activists have been out on a limb ever since former general Abdul Fattah al-Sisi assumed the presidency in 2014. According to Amnesty International, at least 34,000 supposed dissidents have been arrested since summer 2013. Latest estimates by the Arabic Network for Human Rights Information (ANHRI) suggest there could be as many as 60,000 political prisoners being held in Egypt

In the Arab world, the explosion of popular anger dislodged long-entrenched regimes. But the old autocrats had worked hard to prevent a credible opposition from ever being conceived. The 2010-11 revolutions were leaderless and thus could not fill the resulting political void. Instead, armies, tribes, sectarian groups and religious parties quickly came to the fore.

Egypt has now experienced an autocratic restoration. Yemen, Syria and Libya are mired in civil war. Lebanon and Iraq are fragmented. And the oil producers that tried to extinguish the regional fire by pouring money on it are now running massive fiscal deficits.

Turkey, too, has moved towards strongman rule; and progressive forces in Iran have been weakened. Only Tunisia is still pursuing a messy transition toward democracy; even there, however, economic reforms have fallen short of addressing the challenges facing the country.

The Middle East′s new autocrats are consolidating power with divide-and-rule tactics that have polarised citizens along sectarian and identity lines. Owing to widespread feelings of personal insecurity, many citizens have opted for sect over society and for security over civil rights.

Fear of the ″other″

In the West today, populist politicians with no realistic plans for actually building a better future are emulating Middle Eastern autocrats. They win power by stoking fear of the “other” – refugees, Muslims, or foreign terrorists – and promising to establish security through force. Once in power, they begin to consolidate their rule accordingly.

Democratic institutions may be resilient to populist governance; but, as we are already witnessing in the US, these institutions will soon be tested and undoubtedly weakened before all is said and done. 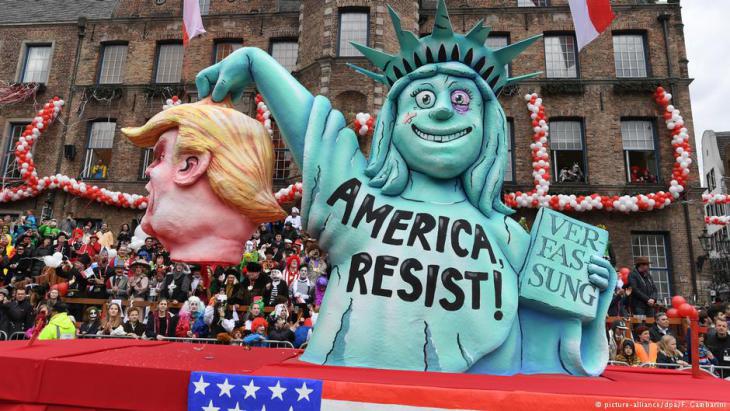 The gravediggers of liberal democracy: ″in the West today, populist politicians with no realistic plans for actually building a better future are emulating Middle Eastern autocrats. They win power by stoking fear of the “other” – refugees, Muslims, or foreign terrorists – and promising to establish security through force. Once in power, they begin to consolidate their rule accordingly,″ writes Ishac Diwan

The same parallel holds for international relations. The geopolitical map of the Middle East is being redrawn by the transnational Shia-Sunni split – which is being stoked by rivals such as Iran and Saudi Arabia – and by outside intervention into regional conflicts.

Similarly, Western populist leaders are disrupting their countries′ interests with respect to China, Russia, India and Northern Europe and challenging the post-1945 international order, without offering anything remotely resembling a viable alternative.

Then there is the failure of progressive political forces to provide such an alternative. The dominant narrative has already shifted worldwide. Most people no longer believe in a future defined by progress: economic dynamism, global integration and social democracy. A more pessimistic view has taken hold, in which the future is corrupted by globalisation, untamed markets, labor-saving technological innovations and global warming.

Resistance as a global phenomenon

Restoring optimism, in both the Middle East and the West, will depend on whether intellectuals, unions, progressive parties and civil-society groups can build a common political base and offer a shared vision for the future. This will require not only novel solutions to emerging problems, but also a credible means to implement change democratically.

At the very least, this new age of resistance and revolution has brought out into the open problems that were once left to fester in the dark. As a result, we now know that economic policies should be geared toward inclusion; material consumption will have to be curtailed; and democracy must be protected from the malign influence of concentrated wealth and entrenched interests.

These are immense challenges, to be sure; but if we can identify them clearly, we can begin to take action. And an achievement in one place can be a model everywhere else.

The next time millions of people march peacefully in Cairo to demand that their voices be heard, the trigger may not be a self-immolation in Sidi Bouzid, but a riot in Istanbul, the impeachment of a US president, or electoral victories for progressive parties in Europe.

People in Arab countries have been talking more openly about sex and sexuality for some time now, especially on social media. And for the first time ever, they have the vocabulary ... END_OF_DOCUMENT_TOKEN_TO_BE_REPLACED

Alaa Abd el-Fattah, arguably Egypt’s most prominent democracy activist, has just been handed another lengthy prison sentence. Despite this, a book of his writing has recently been ... END_OF_DOCUMENT_TOKEN_TO_BE_REPLACED

A prominent rights group in Egypt, the Arabic Network for Human Rights, is ending operations just as the country braces for a controversial NGO law. Is this the beginning of the ... END_OF_DOCUMENT_TOKEN_TO_BE_REPLACED

Moncef Marzouki was Tunisia's first democratically elected president after the fall of dictator Ben Ali. Today he is the most prominent critic of increasingly counter- ... END_OF_DOCUMENT_TOKEN_TO_BE_REPLACED

Asef Bayat, professor of Sociology at the University of Illinois, Urbana-Champaign, has been studying revolutions and how they affect people since 1979. In his recent book, " ... END_OF_DOCUMENT_TOKEN_TO_BE_REPLACED

Every year in December, the team at Qantara.de takes a look back at the articles that proved most popular with our readers. This year is no different. Here is a run-down of the ... END_OF_DOCUMENT_TOKEN_TO_BE_REPLACED
Author:
Ishac Diwan
Date:
Mail:
Send via mail

END_OF_DOCUMENT_TOKEN_TO_BE_REPLACED
Social media
and networks
Subscribe to our
newsletter