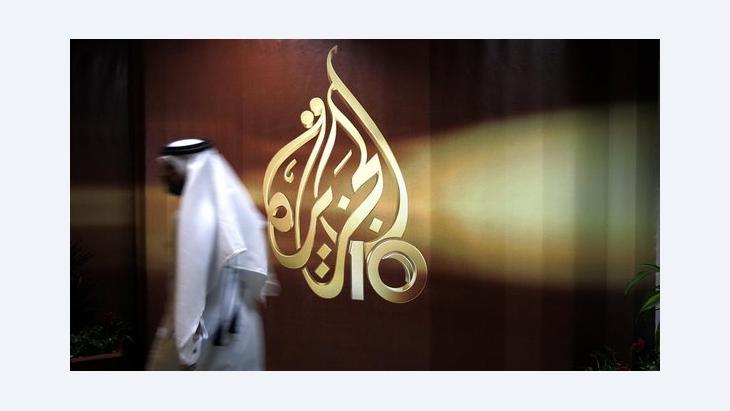 ﻿The Arab Spring took both regional potentates and the West by surprise. One of the reasons was that Arab media was almost totally ignored, claims the political scientist Asiem El-Difraoui

﻿For years, the pan-Arabic news broadcaster Al-Jazeera was regarded either as a mouthpiece for Bin Laden or as Saddam Hussein TV. Then, with the start of the transformations in Arab countries in early 2011, it was seen as the station of freedom. At the same time, talk of Facebook revolutions and YouTube uprisings were all the rage.

Since then, the general public has recognized that Al-Jazeera is a professional and relatively objective news broadcaster – as long as it doesn't stand opposed to the interests of its owners, the royal family of Qatar. The first in-depth analyses of events quickly dispersed the clichés of the Facebook and YouTube revolutions. The momentous changes were carried out by people and hundreds of thousands paid for the transformations with their lives.

Nonetheless, a key role was played by the combination of new and traditional media. This created a public space that was used as a political infrastructure for the disproportionate mobilization of resources and as an important instrument to disseminate information with significant impact on foreign policy.

Limited Objectivity: The general public has recognized that Al-Jazeera is a professional and relatively objective news broadcaster – as long as it doesn't stand opposed to the interests of its owners, the royal family of Qatar

​​This interplay between various media proved beneficial for Arab activists. Demonstrators filmed events with their mobile phones and posted the images on YouTube, whereas television stations such as Al-Jazeera finally brought these videos into the living rooms of the whole Arab world.

A mirror of societal developments

The Western hype about this unprecedented use of the media has since evaporated along with the euphoria over the Arab Spring. Yet, the rapidly changing and flourishing media landscape in the Arab world continues to play a decisive political role amidst the difficult transformations and conflicts. It serves as a mirror of societal developments and grievances.

Some 400 million people living in 22 states share the same language or, in the case of ethnic minorities, can at least understand each other. Reporting by the media of events in one country can have dramatic repercussions in all of the other countries of the region. The overthrow of the Tunisian dictator Ben Ali had a forceful impact on the protests in Egypt, for instance.

It is only when we precisely observe and analyse the Arab media, traditional as well as new, that we can avoid once again being completely surprised by the course of events in the Arab world. Such developments can have serious consequences for Europe, such as heightened religious tensions, the flow of refugees, and the supply of raw materials.

The media in the Arab world are in themselves the objects of a struggle for power. This fact is of considerable significance for the rule of law and the development of democracy in these countries.

In Egypt and Tunisia, the leaders of Islamic parties in government, such as the Muslim Brotherhood and Nahda, are attempting to exert stronger influence if not wrest outright control over state radio and television, as well as state press agencies and newspapers.

Almost non-stop, the representatives of all political leanings, from the Salafis to socialists, have established internet blogs and forums, as well as daily newspapers and television programs. In addition, there have been intense debates in both countries concerning freedom of the press, the anchoring of such freedoms in a new constitution, and the role of the media as the fourth estate.

A war of information – or better referred to as a war of disinformation – is currently being fought in Syria. It is a war in which the weakened Assad regime is willing to employ any means, from propaganda through social media networks to the killing of opposition journalists and internet activists. 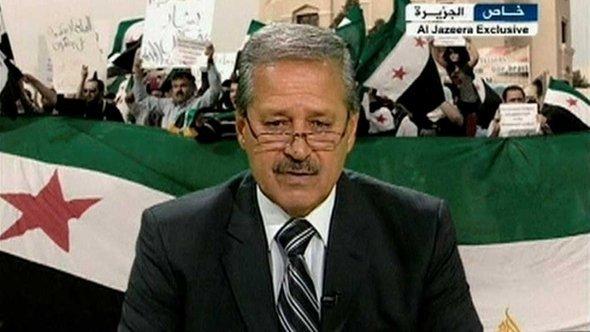 A war to control the media: A war of disinformation is raging in Syria, in which both the weakened Assad regime and, increasingly, representatives of the Syrian opposition are willing to employ any means available

​​Yet, even members of the Syrian National Council and the Free Syrian Army are not above spreading disinformation. It has become a real challenge to find reliable information on this complex situation in Syria and to avoid black and white, simplified accounts of events.

It is therefore all the more important to master this challenge, as the conflict in Syria threatens to destabilize wide swathes of the Middle East on account of the geostrategic location of the country and the tensions between Syria's various ethnic and religious groups, which are also represented in neighbouring countries.

And even in those countries in which protests have until now been suffocated through repressive measures or by generous financial incentives, such as in Saudi Arabia, media have been used as instruments of social transformation. The Saudi Kingdom is a media superpower in the region and controls the most important international Arab daily newspapers and – with the exception of Al-Jazeera – the biggest television broadcasters.

For decades, this media firewall has prevented negative reporting on the kingdom within the leading Arab press. Today, however, neither the Saudis nor their allied Bahrainis have managed to completely suppress reports about the massive protests by their Shiite populations. Digital media has rendered absolute censorship impossible.

In general, the new media are already playing an important role in Saudi Arabia and most of the other Gulf states in providing a political and social infrastructure for opposition groups and discriminated sections of the population. This creates pressure for reform.

One such example is the Women2drive campaign by Saudi women on Facebook, which promotes the right to drive for women. Egyptian women have created the site harassmap.org in order to force action by state institutions. The site shows a constantly updated map of locations in Cairo where women have been attacked. The aim is to increase police presence at these locations and thereby reduce the incidents of attack. Such simple yet practical applications of the new media can help promote social change in Arab countries.

Asiem El-Difraoui is a political scientist, economist, and documentary film author. In addition to research focused on Egypt, Saudi Arabia, and Iraq, the Senior Fellow at the Berlin Institute for Media and Communication Policy (IfM) is currently occupied with the topics of youth culture in the Arab world, media policy, and Jihadism. His most recent book, Der Jihad der Bilder (The Jihad of Images), will be published towards the end of this year.

Dalia Hatuqa is an experienced journalist who has reported on the Israeli-Palestinian conflict from Ramallah, Washington DC and Amman. A writer for Time Magazine, Foreign Affairs ... END_OF_DOCUMENT_TOKEN_TO_BE_REPLACED

Since President Abdul Fattah al-Sisi seized power in Egypt in 2013, he has ruled the country with an iron fist. Civil society, opposition and free press struggle to survive. Tens ... END_OF_DOCUMENT_TOKEN_TO_BE_REPLACED

Very different Western reactions to the suffering in Ukraine and the Arab world show that there is a profound rift among cultures. Essay by Michael Young END_OF_DOCUMENT_TOKEN_TO_BE_REPLACED

Many Turks are dissatisfied with the international status of their country. At the same time, opinion polls reveal great scepticism among the Turkish population towards the USA. ... END_OF_DOCUMENT_TOKEN_TO_BE_REPLACED

Since Spain abandoned its traditional neutrality towards the conflict in Western Sahara, Morocco has announced a "new phase" in relations between the two countries. But what is ... END_OF_DOCUMENT_TOKEN_TO_BE_REPLACED
Author:
Asiem El-Difraoui
Date:
Mail:
Send via mail

END_OF_DOCUMENT_TOKEN_TO_BE_REPLACED
Social media
and networks
Subscribe to our
newsletter