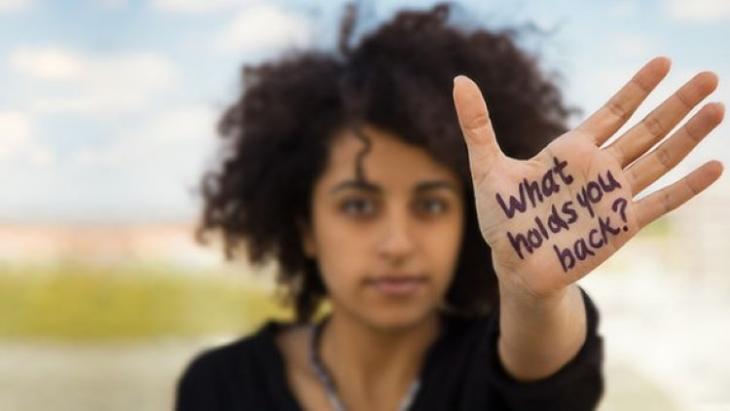 Arab youth express their hopes and wishes for the New Year, spanning everything from civil and political rights, to education, to arts and culture. By Rafiah Al Talei

Arab youth want to see fundamental changes in political and civil rights, the economy, education, technology and peace and conflict resolution in the Middle East and North Africa. This has been illustrated in a mini poll conducted by Sada that sought to explore young Arabs' priorities and what they consider essential to improve political, economic, and social conditions in their countries.

The participants’ answers varied according to each country and its unique circumstances, but it is remarkable that the youth in their entirety agreed that the participation of young people in political and economic decision-making, the reduction of unemployment rates, the improvement of economic conditions, and the liberation of Arab markets from rentier economic systems are among the basic factors necessary for state stability and preventing political turmoil. Civil and political rights enshrined under the rule of law and existing alongside social justice topped the list of demands, as well as respect for freedom of opinion and expression and the upholding of human rights. Economic development and creating suitable economic environments for young people ranked second in the list of demands that Arab youth want in the new year.

In Arab countries experiencing armed conflict such as Yemen, Syria, and Libya, ending their respective wars and conflicts has been a top priority, in addition to restoring peace and stability. Improving the economy was their second priority, closely followed by improving the education system, ensuring public freedoms, and respecting human rights.

* Developing the economy and reducing unemployment

* Ending wars and division/peace and stability

Sada asked participants, aged 21-35 years, this question: What change would you like to see in your country next year? And why do you think this change is important to your country and its citizens? The educational and employment backgrounds of the participants varied, along with the regions and cities they come from. Ultimately, however, their concerns and aspirations settled on providing a safe environment for youth to engage in political participation and decision-making, as well as respecting freedom of opinion, expression, and the press.

In addition, the participants emphasised combatting political and economic corruption, distributing wealth more equitably, decreasing unemployment and ensuring social justice. Youth also agreed on improving education levels and curricula in their respective countries, as well as supporting their information technology sectors to keep up with rapid technological development currently taking place in the world. Arab youth’s responses and wide-ranging aspirations for the new year are exhibited in the following videos and text.

Rafiah Al Talei is the editor-in-chief for Sada in Carnegie’s Middle East Programme.

With World Cup 2022 around the corner, Qatar has embarked on a campaign to clean up its school system. Distracting from grievous shortcomings in other areas by highlighting a ... END_OF_DOCUMENT_TOKEN_TO_BE_REPLACED

Moncef Marzouki was Tunisia's first democratically elected president after the fall of dictator Ben Ali. Today he is the most prominent critic of increasingly counter- ... END_OF_DOCUMENT_TOKEN_TO_BE_REPLACED

Asef Bayat, professor of Sociology at the University of Illinois, Urbana-Champaign, has been studying revolutions and how they affect people since 1979. In his recent book, " ... END_OF_DOCUMENT_TOKEN_TO_BE_REPLACED

The catastrophic human rights situation in Bahrain is being largely ignored by the rest of the world. Despite all the damning evidence, which includes a Human Rights Watch report ... END_OF_DOCUMENT_TOKEN_TO_BE_REPLACED

The city of Marib is the most important place of refuge in Yemen for those displaced in the country. But fighting between Houthi rebels and government troops is currently ... END_OF_DOCUMENT_TOKEN_TO_BE_REPLACED

Ankara is seeking to improve its relations with several states in the Middle East – such as the United Arab Emirates, Egypt and Israel. There are several reasons for this. ... END_OF_DOCUMENT_TOKEN_TO_BE_REPLACED
Author:
Rafiah Al Talei
Date:
Mail:
Send via mail

END_OF_DOCUMENT_TOKEN_TO_BE_REPLACED
Social media
and networks
Subscribe to our
newsletter