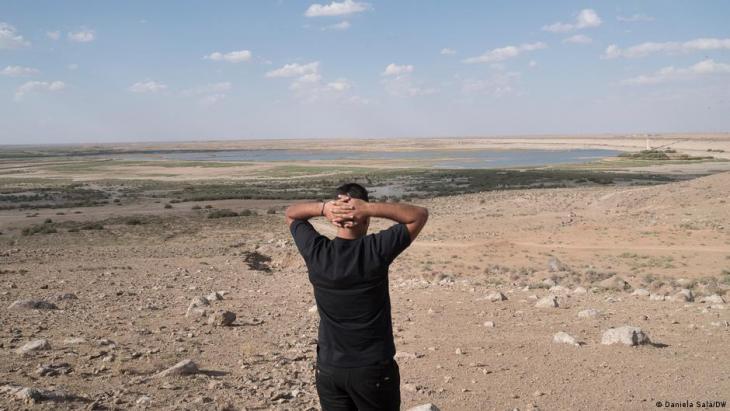 The September sun is setting over the old olive grove as Ahmad Mahmoud Alahri walks pensively from tree to tree.

The 52-year-old breaks off a piece of dry, dead wood and drops it on the dusty grey earth. "My brother and I once planted 8,000 trees here. There were not just olives, but also lemon trees and grape vines," he recalls. "When Islamic State (IS) cut off our water to make us compliant, and then 3,000 of our trees died, we thought: 'it can't get any worse'." But this year, another 3,000 trees withered and died, Alahri explains, "because we have no water."

This is despite the fact Ayid Saghir, the 1,000-inhabitant village where Alahri lives, is located just 3 kilometres from the Tabqa Dam on the Euphrates, Syria's largest river. From Alahri's olive grove, the Assad reservoir in front of the dam is visible in the distance.

Since 2020, the water level in the Syrian reservoir has dropped by six metres. The Euphrates is so low that the pumping stations supposed to supply the surrounding villages and fields can no longer reach the river water. About a third of the approximately 200 pumps along the Euphrates were affected by low water levels in 2021 and more than 5 million people in the region lack adequate access to water, according to UN data. 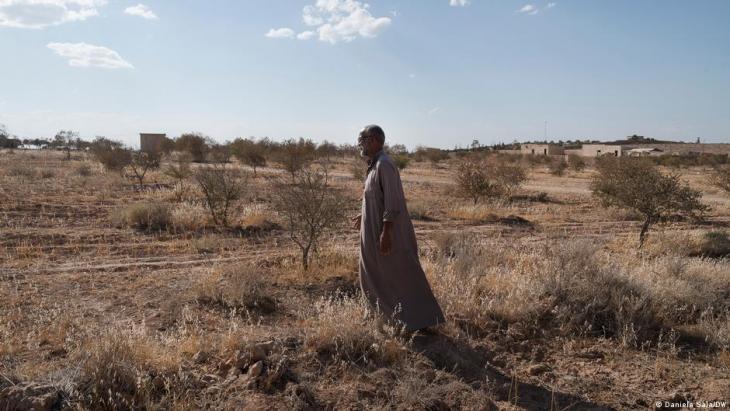 The Middle East – one of the regions worst affected by climate change: according to the UN Food and Agriculture Organization (FAO), the 2020-2021 rainy season in Syria began two months late and ended two months earlier than usual. The FAO also found that extreme heat in April affected the harvest in many places. Then, this summer, the country suffered its worst drought in 70 years, according to the UN Office for the Coordination of Humanitarian Affairs. "When Islamic State (IS) cut off our water to make us compliant, and then 3,000 of our trees died, we thought: 'it can't get any worse'," recalls olive farmer Ahmad Mahmoud Alahri. But this year, another 3,000 trees withered and died, simply, as Alahri explains, "because we have no water"

What is driving the water crisis?

Globally, the Middle East is among the regions worst affected by the climate crisis. The rainy season in Syria began two months late in the winter of 2020-2021, and ended two months earlier than usual, according to the UN Food and Agriculture Organization (FAO). In addition, the FAO found that extreme heat in April affected the harvest in many places. Then, this summer, the country suffered its worst drought in 70 years, according to the UN Office for the Coordination of Humanitarian Affairs. The UN agency expects losses of at least 75% of field crops and up to 25% of irrigated crops throughout northeastern Syria.

The situation is being exacerbated by a reduction in water from the Euphrates arriving in Syria from Turkey.

"The insufficient flow of water from the Euphrates has a direct impact on the daily lives of millions of people. Drinking water is running short in at least three government districts in Syria: in Deir-ez-Zor, Raqqa and Aleppo," said Bo Viktor Nylund, representative of the UN Children's Fund UNICEF in Syria. "We urgently need a conversation at regional level to find a solution as soon as possible."

Farmer Ahmad Mahmoud Alahri sees Turkey as primarily responsible for the situation. "Turkey wants to dry us out, there is no difference to IS," he said. For almost three years, Islamic State held sway in the village of Ayid Saghir, before the Kurdish-led fighting alliance Syrian Democratic Forces (SDF) drove them out of the region in 2017. 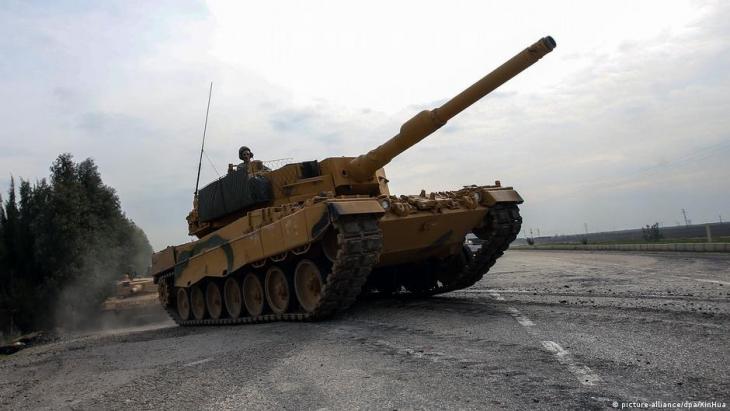 Is Turkey deliberately withholding water? In October 2019, the Turkish army entered Syria and created a 30-kilometre "buffer zone" where the Alouk pumping station is located – ostensibly to prevent acts of Kurdish terrorism. Although it is currently in operation, there have been nearly 90 days since January 2021 when the pumping station did not run at all and more than 140 days when it operated at half capacity. Ankara blames the Kurdish-led Autonomous Administration of North and East Syria (AANES) for cutting the station's power supply. Attempts to place Alouk under neutral administration have so far failed

Since then, the region has been considered the Autonomous Administration of North and East Syria (AANES) under the leadership of the Kurdish PYD party. Turkey accuses the PYD of being the Syrian arm of the Kurdistan Workers' Party (PKK) and fights it as a terrorist organization.

Like Alahri, many people in Ayid Saghir believe that Turkey is deliberately withholding water. But that cannot be proven, said UN representative Nylund: "We see that the water has decreased a lot, but we need to analyse further why water levels are so low." The Turkish Foreign Ministry did not reply to several requests for comment.

The lack of water is having serious consequences for more than just agriculture. According to UNICEF, poor water quality is leading to significantly more cases of diseases such as diarrhoea, especially among children. Low water levels also threaten the power supply. Around 3 million people in northeastern Syria get their electricity primarily from three hydroelectric power plants on the Euphrates River.

The notorious U.S. prison camp is 20 years old. Over the years, several plans to close it have been rejected. For the detainees, little has changed in the last two decades. Oliver ... END_OF_DOCUMENT_TOKEN_TO_BE_REPLACED

Historically Iraq's Yazidi community was isolated, under-resourced and very conservative. Seven years after the "Islamic State" tragedy, the community is more open to the world – ... END_OF_DOCUMENT_TOKEN_TO_BE_REPLACED

Asef Bayat, professor of Sociology at the University of Illinois, Urbana-Champaign, has been studying revolutions and how they affect people since 1979. In his recent book, " ... END_OF_DOCUMENT_TOKEN_TO_BE_REPLACED

Young people in northern Iraq are so disillusioned that many are trying to leave the country any way they can. Some fear widespread discontent could push people toward potentially ... END_OF_DOCUMENT_TOKEN_TO_BE_REPLACED

In this new bilingual edition, translated by Humphrey Davies, al-Jawbari, one of the thirteenth century's leading experts in skullduggery reveals all there is to know about the ... END_OF_DOCUMENT_TOKEN_TO_BE_REPLACED

In Iraq, returning families of IS fighters have to turn to local initiatives for help, as there is no official path home. Judit Neurink met with families on the ground END_OF_DOCUMENT_TOKEN_TO_BE_REPLACED
Author:
Daniela Sala & Bart von Laffert & Shaveen Mohammad
Date:
Mail:
Send via mail

END_OF_DOCUMENT_TOKEN_TO_BE_REPLACED
Social media
and networks
Subscribe to our
newsletter