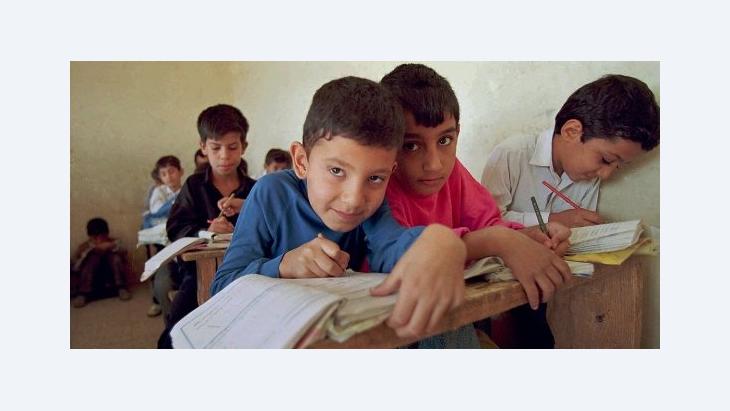 Education Is the Solution!

To begin with, education enables citizens to be aware of their rights and responsibilities, starting from childhood. It also supports the consolidation of a culture based on dialogue and the free expression of opinion in which beliefs and convictions are represented through rational argument and evidence. Education also has the potential to foster independent, conscientious, mature individuals who are able to think in innovative ways. 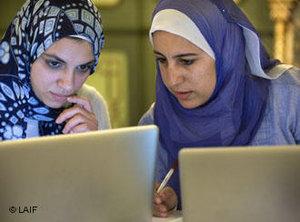 ​​Unfortunately, the chances in the education system are unfairly distributed. The majority of those who would benefit most from the opportunity to climb the social ladder have no access to the good education necessary to achieve social mobility.

The poorest people in society are most at risk of falling through the net. They are often deprived of the basic elements needed to live a dignified life and thus it is not possible for them to attend school – even though it is free.

The education system provides no justice for a large section of the population. The situation is made all the more difficult by the two-tier education system, split between state and private schools. The two-tier system also extends to the state university system in which entire departments and disciplinary fields are only accessible through the payment of fees.

Politicians have constructed a seemingly inescapable dilemma between the priorities of funding for education and fighting poverty. But actually the opposite is true: Education allows marginalized groups broader access to resources. Extra consideration must be taken for groups on the fringes of society if the injustices of the distribution of national resources are to be eliminated and authoritarian, neo-liberal economic policies are to be changed.

There no justification for the suspension of structural changes on the basis of a lack of financial capital. The dividends which would come as a result of investment in education would benefit not only individuals in question but the entire nation. The benefits would be multiplied through raising the competence level of the population at large in order to avoid further losses. In health and infrastructure, for example, low levels of education are having an extremely negative impact on the national economy. 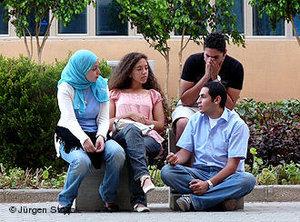 "Vision for the future of a nation": The state of a nation's education system says a lot about the level of significance politicians ascribe to individuals, says Badr

​​Education has become a product, in part of highly questionable quality, to which the majority of the population have no alternative. It's a fact that certificates are no proof of a good education, they are merely documents that show someone has participated in a particular course. At least in Egypt, a massive gulf exists between the impressive looking diplomas hung on office walls and actual levels of knowledge. The shock generally occurs when people start their first job.

The fundamental solution – which sooner or later everyone needs to be realized – is in the upward revaluation of the teaching profession. This could be achieved through wage increases and stronger incentives to enter the profession through a fair and non-corrupt administrative system. This way, the majority of teachers would be freed from the necessity of offering private tuition in order to secure their livelihoods.

Education is more than just lessons in school. It is a fundamental vision for the future of a nation. The state of a nation's education system says a lot about the level of significance politicians ascribe to individuals in any given society.

The past enthusiasm of the Egyptians lives on in the Iraqis of today. But just as they were nine years ago in Cairo, current prospects in Baghdad are dim. A comparison by Birgit ... END_OF_DOCUMENT_TOKEN_TO_BE_REPLACED

Insults directed against Egyptian President Abdul Fattah al-Sisi have been particularly prominent among the hundreds of chants by Arab protestors in Algeria, Sudan, Iraq and ... END_OF_DOCUMENT_TOKEN_TO_BE_REPLACED

Political analyst Taqadum al-Khatib argues that Egypt can, in co-ordination with its European partners, develop a common vision to solve the complex conflict in Libya. For this to ... END_OF_DOCUMENT_TOKEN_TO_BE_REPLACED

The upheavals of the past year in the MENA region are arguably as momentous as those of the Arab Spring in 2011. Yet perhaps the biggest difference is that our interest seems to ... END_OF_DOCUMENT_TOKEN_TO_BE_REPLACED

END_OF_DOCUMENT_TOKEN_TO_BE_REPLACED
Social media
and networks
Subscribe to our
newsletter