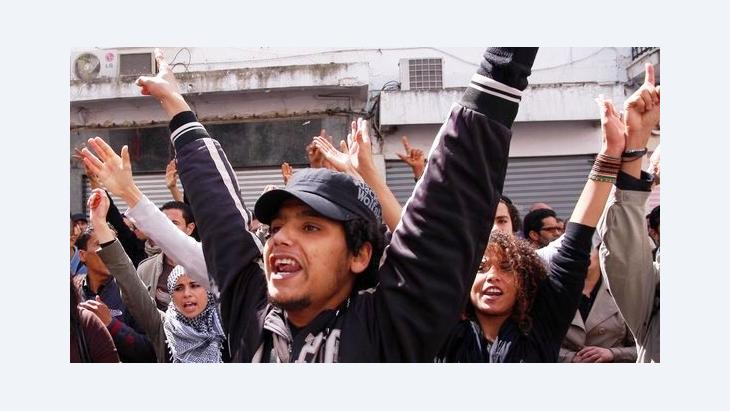 ﻿Many of the people taking to the streets in revolt movements in the Arab World are young college graduates. Although they are often better educated than their parents, their chances of finding a job are scant. Loay Mudhoon reports

A student clutching a university diploma in one hand, his clenched fist raised in a sign of defiance and frustration – Images like these of protesting graduates in Tunis and Cairo were broadcast around the world. Many educated young people in the Arab world are angry. Often, they have earned better credentials than their parents, having taken advantage of new opportunities unavailable to previous generations. But despite their qualifications and university diplomas, the vast majority are unable to find a job.

In conservative Arab societies, that means they are unable to marry and start families. So it is not surprising that many graduates have taken to the streets to vent their anger. Many blame their governments' educational and economic policies for their plight. Young graduates are desperate for change – and for jobs.

In recent years, the governments of Northern Africa and the Middle East spent huge amounts on improving their educational systems. As a result, the number of university graduates has grown exponentially. 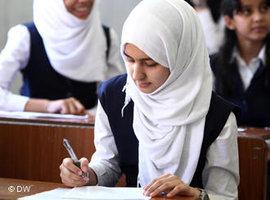 Knowledge gap: Despite quite successful literacy campaigns, Arab countries have failed to reform their schools and professional guidance programs in such a way that would equip students with skills the economy needs

​​Arab economies, too, have expanded in the last decade. But governments have shown themselves unable to invest in their industries in a way that creates good jobs for the rising number of graduates.

Tunisia offers one example of this phenomenon. While the economy expanded at above average rates in the last couple of years, growth was mainly restricted to exports of textiles to Europe as well as to tourism. Qualified graduates were unable – and remain unable – to find jobs in either tourism or the exports sector. Corruption, mismanagement and excessive bureaucracy combined with a one-dimensional, mostly government-controlled economic policy suggest why private investors and service providers are not rushing in to create jobs.

Arab governments have been investing in universities and schools, but there is little to show for it. For years, Sabah Safi has been warning of "a growing knowledge chasm", which threatens to paralyze the Arab world. Safi has taught at the King Abdulaziz University in Jeddah for the last 25 years. She believes the extremely low number of patents is just one sign of the bad quality of education in the Arab world.

"Compared to other countries, the number of patents filed in the Arab world is low. That's extremely worrying," she explained. While South Korea, for example, filed some 16,000 patents in the last couple of years, all of the Arab countries taken together applied for fewer than 1,000 patents over the same period. 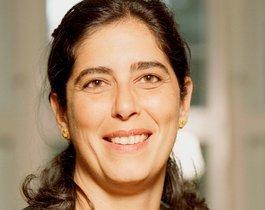 Lack of democracy and transparency: "The establishment does its utmost to deny students and pupils a voice," Sonja Hegasy states

​​Despite quite successful literacy campaigns, Arab countries have failed to reform their schools and professional guidance programs in such a way that would equip students with skills the economy needs. Most Arab states have an excess of scientists – particularly doctors and engineers – while lacking qualified journalists, sociologists and political scientists.

No Arab Spring in schools and universities

The consequences are serious: Caught up in unprecedented societal and political change, Arab states could use social scientists more than ever to help build structures such as political parties, media organizations and trade unions. Experts argue that in order for Arab societies to move beyond passive consumerism, more democracy, transparency and codetermination by pupils and students is of upmost importance.

But this is exactly where schools and universities in the Gulf and North Africa are lagging behind, argues Sonja Hegasy, deputy director of the Center of Modern Oriental Studies in Berlin. "The establishment does its utmost to deny students and pupils a voice – and that's a huge problem," Hegasy said. "Even the German University in Cairo threatens to sanction students who want to organise themselves."

Alaa Abd el-Fattah, arguably Egypt’s most prominent democracy activist, has just been handed another lengthy prison sentence. Despite this, a book of his writing has recently been ... END_OF_DOCUMENT_TOKEN_TO_BE_REPLACED

A prominent rights group in Egypt, the Arabic Network for Human Rights, is ending operations just as the country braces for a controversial NGO law. Is this the beginning of the ... END_OF_DOCUMENT_TOKEN_TO_BE_REPLACED

Moncef Marzouki was Tunisia's first democratically elected president after the fall of dictator Ben Ali. Today he is the most prominent critic of increasingly counter- ... END_OF_DOCUMENT_TOKEN_TO_BE_REPLACED

Asef Bayat, professor of Sociology at the University of Illinois, Urbana-Champaign, has been studying revolutions and how they affect people since 1979. In his recent book, " ... END_OF_DOCUMENT_TOKEN_TO_BE_REPLACED

Every year in December, the team at Qantara.de takes a look back at the articles that proved most popular with our readers. This year is no different. Here is a run-down of the ... END_OF_DOCUMENT_TOKEN_TO_BE_REPLACED

In this new bilingual edition, translated by Humphrey Davies, al-Jawbari, one of the thirteenth century's leading experts in skullduggery reveals all there is to know about the ... END_OF_DOCUMENT_TOKEN_TO_BE_REPLACED
Author:
Loay Mudhoon
Date:
Mail:
Send via mail

END_OF_DOCUMENT_TOKEN_TO_BE_REPLACED
Social media
and networks
Subscribe to our
newsletter