Arabic is a very difficult language. You write: "Without vowel marks or periods, a simple group of two letters could theoretically be read in 300 different ways." In your research of the Arabic history and its language, have you come across the reason for its difficulty?

Mackintosh-Smith: You mean, 'without vowel marks or letter-dots'. I don't know whether we actually know why these particular difficulties arose. When Arabic began to be written down, well into the first millennium AD, it drew on the letters of the Nabataean script, but economised on some of the letter-forms.

Thus, one single Arabic form can represent as many as five different consonants, which can only be distinguished by adding different arrangements of dots. The dots only came into use with time. And the problem was compounded by the fact that the short vowels are generally not shown.

These shortcomings don't matter so much when you're reading something very formulaic, meaning you can probably predict much of what it's going to say. But they matter more when you're writing down a text of immense subtlety like the Koran – hence the need to develop those letter-dots and vowel marks. They were used in the Koran from fairly early on. But a lot of other texts were sparsely dotted, and even today they are very rarely vowelled. Reading Arabic is thus a bit like playing chess: you always have to read predictively. Reading English or German is more straightforward, like playing checkers.

Can you tell us a little more about the emergence of the Arabic language?

Mackintosh-Smith: There's inevitably a lot of speculation involved. But it's fairly clear that, compared with other languages in the so-called Semitic group, Arabic preserves some features that are probably very archaic indeed. In other words, at least part of what became Arabic probably reflects aspects of 'Semitic' as it was at a very early period, perhaps in the fifth millennium BC. Languages of course diverge over time, then branch out into dialects, and Arabic was (and is) no different. 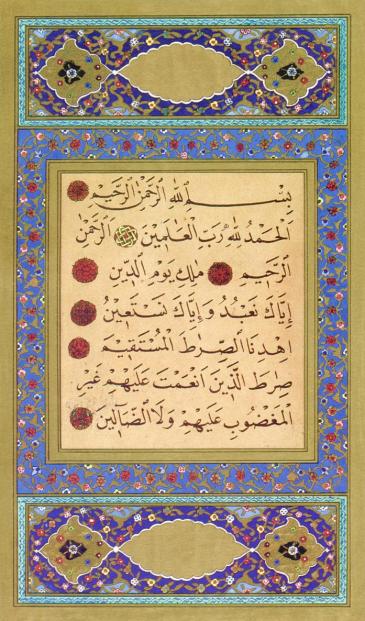 The Arab community does not live in a land, it lives in a language: "No one speaks 'high Arabic' as their mother tongue – and no one ever has done so. At the same time, it is a language of incredible beauty, flexibility and power," says Mackintosh-Smith. "Arabs aspire to it, even if most of them find it hard to write and even harder to speak. It provides them with an identity, a cultural homeland"

What is notable is that, in addition to the branching out, something akin to a poetic koine had come into use quite some time before Islam – a special, elevated language used by poets, seers and orators. It was in this special language that the Koran was revealed.

The fact that the Koran was written down immediately (thus becoming the first Arabic book) turned it into a literary language. It is this language that has unified Arab(ic) culture, whatever dialects people actually speak, even though Arabs have generally been politically disunited.

Is Arabic in a way artificial?

Mackintosh-Smith: As no one speaks 'high Arabic' as their mother tongue – and no one ever has done so – in a sense, yes, it is artificial. At the same time, it is a language of incredible beauty, flexibility and power. Arabs aspire to it, even if most of them find it hard to write and even harder to speak. It provides them with an identity, a sort of cultural homeland. As the Tunisian intellectual and former head-of-state, Moncef Marzouki, put it, the Arab community 'does not live in a land, it lives in a language.'

How did you succeed in learning it? What, for you is the biggest challenge in speaking and reading it? And what do you love most about it?

Mackintosh-Smith: I started off with a dictionary and a book of simple texts, and shut myself away in a cottage in the Western Isles of Scotland. And I had some great teachers at Oxford. But I can't really say that I got 'inside' Arabic until I went to Yemen in 1982.

Living there for years, and speaking the local dialect, taught me an immense amount – of course. But I also picked up the Yemeni habit of chewing the stimulant leaf of qat, and developed my own habit of sitting ingesting qat leaves and the leaves of Arabic books every day, for three or four hours. That really helped!

I am happily at home speaking the dialect of the Yemeni capital Sanaa; speaking more 'formal' Arabic, you always have to think ahead of yourself. As for reading, I quite often find myself puzzling over precise meanings in poetry and rhyming prose: some writers rejoice in being obscure and teasingly playful.

And then you come to clearings in the forest of meaning where sound, sense and simplicity come together. At such moments, you can be utterly enchanted: the best words in the best order, working directly on the emotions.

Can you tell us something about your next project?

Mackintosh-Smith: I'm working on an edition and translation, for the New York University Press Library of Arabic Literature, of Ibn Khaldun's autobiography. It's a fascinating text: mixed in with his own roller-coaster life story, filled with political shenanigans and personal tragedy, he quotes quite a lot of rhymed prose and poetry by himself and his friends. The whole thing is thus a sort of self-reflective politico-literary scrapbook of the later fourteenth century AD.

I'm also cooking up another history, one that like my Arabs covers a big timescale, but – mercifully – a very small geographical area, about twice the size of New York's Central Park . . . A friend of mine calls Arabs my 'monsterpiece'. This next one will be something different, a micro-epic.

Tim Mackintosh-Smith is an eminent Arabist, translator and traveller whose previous publications include Travels with a Tangerine and Yemen. He has lived in the Arab world for thirty-five years and is a senior fellow of the Library of Arabic Literature.

United Arab Emirates strongman Sheikh Mohammed bin Zayed al-Nahyan, who was formally elected president on 14 May, has led a realignment of the Middle East, creating a new anti- ... END_OF_DOCUMENT_TOKEN_TO_BE_REPLACED

Back in 1995, when The Times asserted Islam was to blame for the poor levels of education among women in the Muslim world, Mohammad Akram Nadwi began scouring ancient Arabic ... END_OF_DOCUMENT_TOKEN_TO_BE_REPLACED

Women's empowerment in the Gulf has become a tool of deflection, rather than a genuine effort to promote women’s full and equal participation in society. By Mira Al-Hussain END_OF_DOCUMENT_TOKEN_TO_BE_REPLACED

Indonesia has become a primary battleground between democratic and autocratic visions of Islam in the 21st century, with Nahdlatul Ulama pitted against Abdullah bin Bayyah, a ... END_OF_DOCUMENT_TOKEN_TO_BE_REPLACED

A straightforward message emerged from last week’s meeting in the Negev desert of the foreign ministers of four Arab countries, Israel and the United States: Israel is key to the ... END_OF_DOCUMENT_TOKEN_TO_BE_REPLACED

Ahead of Ramadan, most Middle Eastern countries have eased restrictions to near pre-pandemic times. However, increases in prices and food shortages due to the war in Ukraine are ... END_OF_DOCUMENT_TOKEN_TO_BE_REPLACED
Author:
Elisabeth Knoblauch
Date:
Mail:
Send via mail

END_OF_DOCUMENT_TOKEN_TO_BE_REPLACED
Social media
and networks
Subscribe to our
newsletter