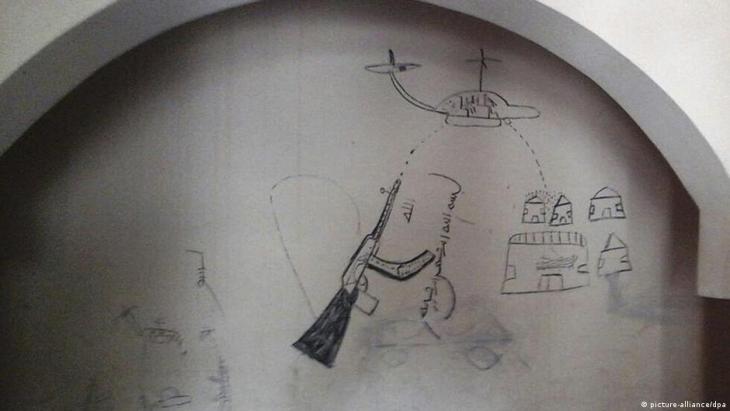 Increasing numbers of children are being killed or targeted for recruitment by armed groups in conflicts raging at Niger's borders with Mali and Burkina Faso, Amnesty International said in a report published on Monday.

"In Niger's Tillaberi region, an entire generation is growing up surrounded by death and destruction," said Matt Wells, Amnesty's deputy director for crisis response. "Armed groups have repeatedly attacked schools and reserves, and are targeting children for recruitment," he added in a statement.

Amnesty blamed the Islamic State in the Greater Sahara (ISGS) and the al-Qaida-affiliated Jama'at Nusrat al-Islam wal-Muslimin (JNIM), for causing the "devastating impact on children" in the region.

The rights group released a 57-page report documenting the impact on children of the conflict in Niger's western Tillaberi, a vast area of 100,000 square kilometres on the borders of Mali and Burkina Faso home to different ethnic groups such as Djerma, Fulani, Tuareg and Hausa.

According to conflict tracking organisation ACLED, cited by Amnesty, violence against civilians has led to 544 conflict-related deaths from January to July 23 this year, already exceeding the 397 people killed in the whole of 2020.

"Armed groups have killed more than 60 children in Niger's tri-border area in 2021," the report said, adding that the ISGS, which operates primarily on the border with Mali, appears responsible for most of the large-scale killing.

During the research for the report, Amnesty spoke to 16 boys who had narrowly survived ISGS attacks on their villages. One boy, aged 13 or 14, said: "We all are used to hearing gunshots and to seeing [dead] people layered on top of [dead] people".

Another boy, who witnessed the murder of his 12-year-old friend Wahab in March, told the researchers: "I think of Wahab and how he was killed. Sometimes I have nightmares of being chased by people on motorbikes or seeing Wahab pleading with the [attackers] again."

Amnesty said: "Both ISGS and JNIM have committed war crimes and other abuses in the conflict, including the murder of civilians and targeting of schools. Many children are experiencing trauma after witnessing deadly attacks on their villages. In some areas, women and girls have been barred from activities outside the home, and risk abduction or forced marriage to fighters."

Witnesses said JNIM has picked out males aged 15 to 17, and possibly younger, as recruits, offering bribes of food, money, and clothes.

"The Nigerien government and its international partners must urgently take action to monitor and prevent further abuses and protect the basic rights of all those affected by this deadly conflict – especially children," said Wells.

Amnesty International said it had interviewed 119 people, including 22 children, three young adults between 18 and 20, and 36 parents for the study.

More on this topic
Amnesty report: "I have nothing left except myself" – Children in the Tillabéri region of NigerIslamists in Africa: The ever-present threatThe rise of Boko Haram: When the terror began
Home
Print
Newsletter
MoreAll Topics

END_OF_DOCUMENT_TOKEN_TO_BE_REPLACED
Social media
and networks
Subscribe to our
newsletter