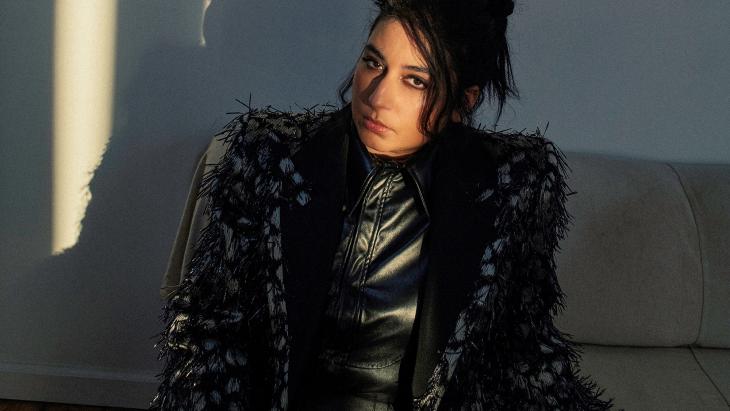 The first musician with Pakistani roots to win a Grammy, Arooj Aftab has been recognised for her third album Vulture Prince – a meditative, moving song cycle in which she captures loss and pain using poetry in Urdu and guest collaborators from all over the world. By Stefan Franzen

If you find yourself a quiet place to spend an hour with Aftab’s new work Vulture Prince, you will discover that sound is more than just words; it allows for a world beyond intellectual understanding. The eight songs are always moving, and at certain points on the album they can bring a listener to tears. In April, this album received one of music’s highest international accolades when it won a Grammy – though hardly any of its Western listeners will understand Urdu.

Urdu is not just the official language of Pakistan; it has always been the language of this culture’s Sufis, whose poetry captured the longing for the divine in romantic metaphors. "It’s always felt good to sing in Urdu," Arooj Aftab admits. "The Urdu poets say complex things in beautiful, simple, minimalist images. I’m a minimalist composer, and I don’t like it when there’s a whole load of words and a long story. But when you have a few words that say a lot, to me, that‘s perfect. I actually let the sound tell the story."

Arooj Aftab may have moved to the USA from the Pakistani metropolis of Lahore when she was just a teenager, but she is deeply influenced by the musical culture of her former homeland. The numerous strong women’s voices from Pakistan are little known in Europe; Abida Parveen, Iqbal Bano and Begum Akhtar are always overshadowed by Nusrat Fateh Ali Khan, the best-known singer of Qawwali, the passionate song of the Sufis.

But Aftab refers to these women as "powerhouses", and says they were her constant companions as she was searching for her own timbre. She then studied music production and engineering, with jazz, graduating from the renowned Berklee College of Music in Boston, though it was always the freer, more electronic forms of the genre that interested her most. One of her albums is built purely on synthesiser and guitar sounds, and layers of vocals, and tells the story of the bewitching sirens of antiquity.

In Vulture Prince, Aftab is now pulling together her Pakistani heritage, her jazz vocabulary and her experimental side. She describes this song cycle as "post-minimalist, jazzy and semi-classical". It came out of a period of loss and pain, both on a global and a personal level. “It’s the mirror of my personal life, the mirror of the pandemic, of genocides happening all over the world, it’s about depression and illnesses. But then it’s also about how the world surprises you and challenges you to carry on, how it tells you that you can still do wonderful things and inspire people. There’s no separating the record from the events in its own La-La Land.”

The vulture of the album’s title has an ambiguous symbolic power for her as a mythological animal. In the old stories it is kingly, celebrated, but also feared, because it eats its own kind. Just like a prince, who in parallel to his own royalty can often exude malice and deviancy. "My music also includes the dark things in life, so I felt the combined image was a good title for the album," says Aftab.

From a production point of view, it is a typical pandemic album: no two musicians were ever in the recording studio together. The fact that Vulture Prince has a greater sense of homogeneity than of patchwork about it is something that Arooj Aftab attributes to the broad horizons of her collaborators. The harpist Maeve Gilchrist may have a Celtic background, but she’s a million miles from being an Irish folk cliche. Badi Assad has long since set aside the Brazilian idiom, and is able to find the right phrasing on her guitar to blend with a string quartet and accompany the words of the Indian-Turkish poet Mirza Ghalib on the track "Diya Hai".

A citizen of the world since the start of her career, Anoushka Shankar – who has turned the sitar into a global instrument – enriches the final track "Udhero Na" with her playing. "It was important for me that the musicians’ personalities should transcend their instruments. That they bring in their own colour, but can then act like water."

You can hear a great example of her free approach to Sufi poetry in "Last Night": verses by the mystic Rumi are clothed in a pacey reggae track, though at times its rhythm almost evaporates. The album is at its most intense with a set of lyrics by the human rights activist and Aftab’s close friend Annie Ali Khan, who researched misogyny and the oppression of women in Pakistan and took her own life in 2018.

Still reeling from her death, Arooj Aftab wrote a setting of a poem that Khan sent her for the track "Saans Lo". “The texts says, 'The world can present you with really hard challenges, it can take people you love and admire away from you. Breathe, breathe, breathe – and try not to let the pain overwhelm you'." The track ends with a peaceful, organ-like breath sound. Arooj Aftab’s album is like taking one long, deep breath to cope with this great pain. 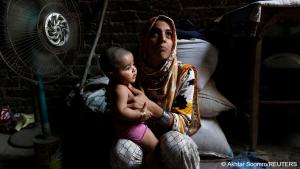 Few places are more punishing than Jacobabad in southern Pakistan. Last month, temperatures hit 51 Celsius on 14 May. Women and children bear the main brunt of such "extreme humid ... END_OF_DOCUMENT_TOKEN_TO_BE_REPLACED

Rumi's poems, though generally stripped of their Islamic symbolism, are hugely popular around the world. Yet Islamic mysticism is still very much at the heart of these verses. ... END_OF_DOCUMENT_TOKEN_TO_BE_REPLACED

Pakistan and India have fought three wars and countless skirmishes, but as summers get hotter with climate change, their peoples are united by love for a cooling 115-year-old pink ... END_OF_DOCUMENT_TOKEN_TO_BE_REPLACED

As the scorching sun beat down on his fruit cart, Mohammad Ikrar dreaded another day of tossing out dozens of rotting mangoes and melons – a regular practice now, as India ... END_OF_DOCUMENT_TOKEN_TO_BE_REPLACED

Pakistan needs to start removing the stigma society attaches to menstruation, argues Mahwish Gul. She has been instrumental in developing #HelpSaira, a new digital app aimed at ... END_OF_DOCUMENT_TOKEN_TO_BE_REPLACED

The German government is planning to legalise cannabis before the end of this legislative period. So what does Islam have to say about its consumption? Will changing the law alter ... END_OF_DOCUMENT_TOKEN_TO_BE_REPLACED
Author:
Stefan Franzen
Date:
Mail:
Send via mail

END_OF_DOCUMENT_TOKEN_TO_BE_REPLACED
Social media
and networks
Subscribe to our
newsletter