Around the world of Islam

For more than 10 years, Pascal Mannaerts has been travelling the globe as a freelance photographer. Seeking to do justice to the beauty, elegance and grace of Islamic monuments, he has compiled a selection of his favourite shots taken in Asia, India, Africa and the Middle East. 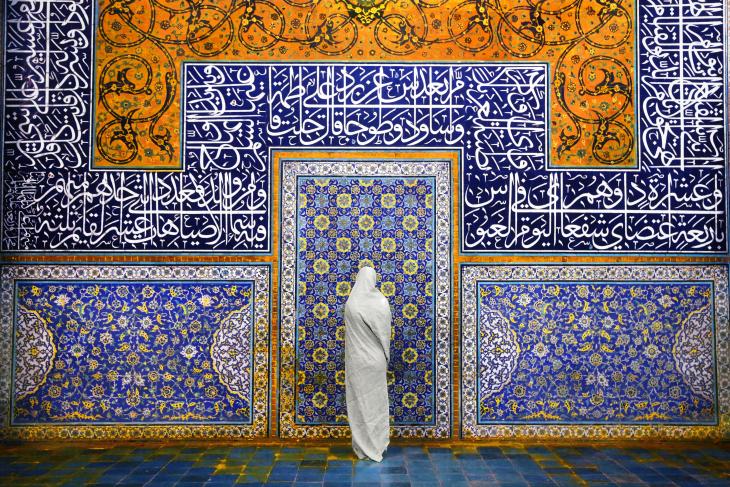 A woman stands in Sheikh Lotfallah mosque in Isfahan, Iran. This mosque is a true masterpiece of architecture and refinement. It was built between 1602 and 1619 during the Safavid Empire. The decorative detail is breathtaking 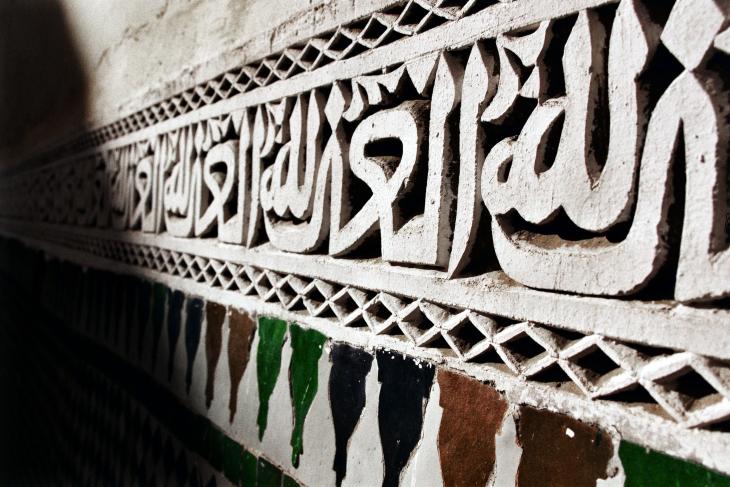 Koran verses engraved on the walls of the Moulay Ismail mausoleum in Meknes, Morocco. It is one of the few religious monuments in Morocco that is open to non-Muslim visitors 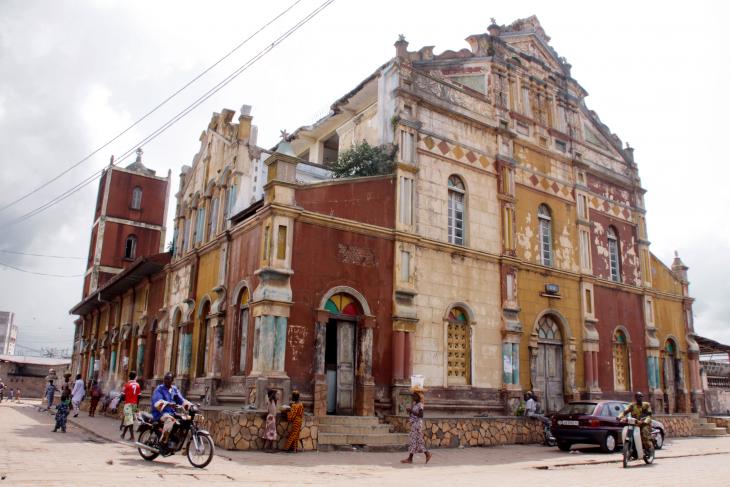 The great mosque of Porto-Novo, the capital city of Benin, dates back to the 19th century. Its style was influenced by former Muslim slaves who came back from Brazil with Brazilian influences. Its outside architecture is almost identical to the churches of San Salvador de Bahia 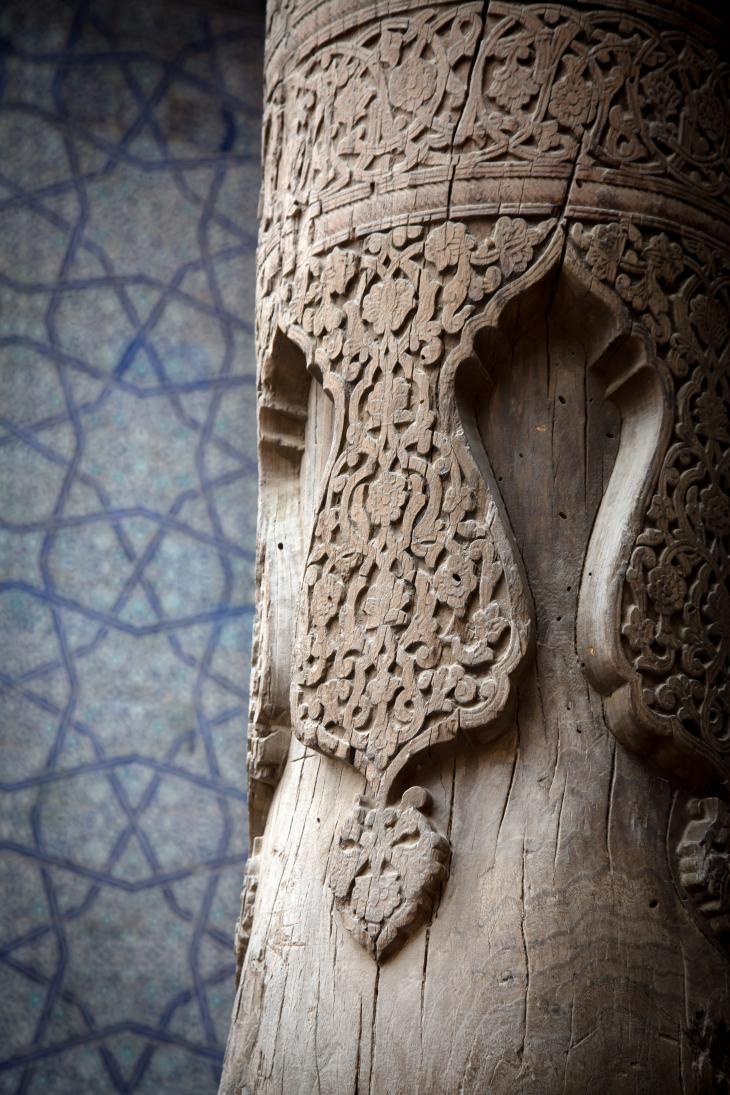 Wooden pillar inside "Khuna Ark", the fortress and former residence of Khiva rulers in Uzbekistan. A must-see located on the legendary Silk Road 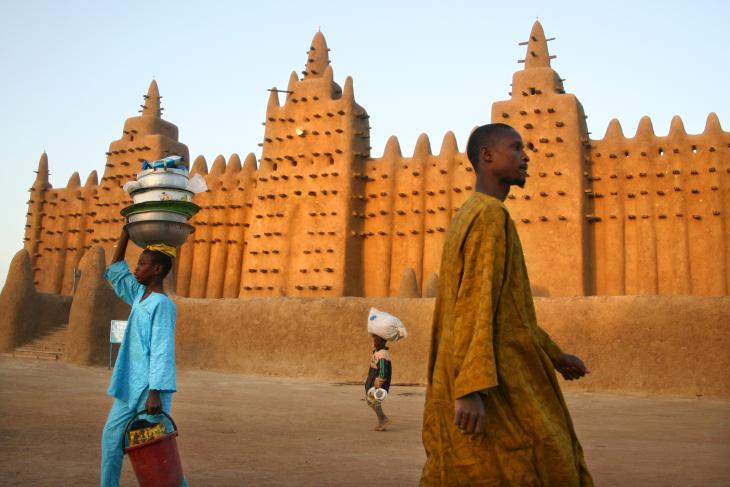 Djenne is undoubtedly the most beautiful city in Mali. Known around the world, its impressive mudbrick mosque is listed by UNESCO as a World Heritage Site 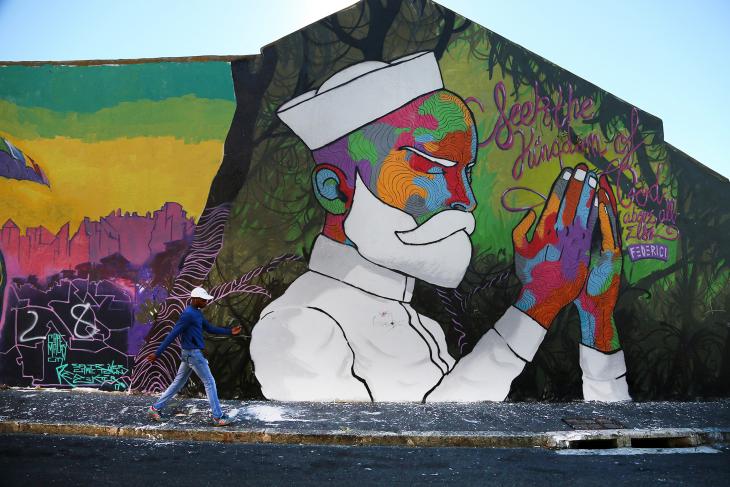 The "Woodstock" district of Cape Town, South Africa, is known for being hip and is one of the best street art locations in South Africa. Here, a wall painting shines with all its colours and grace in the multicultural neighbourhood 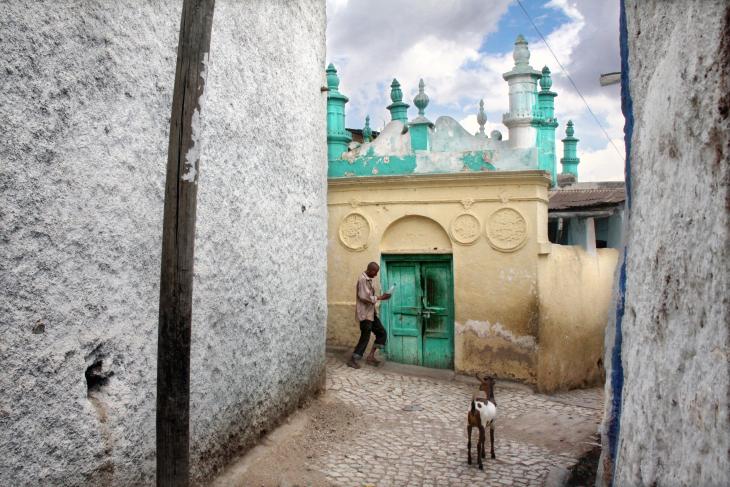 Listed as a UNESCO World Heritage Site since 2006, Harar, in Ethiopia, is a unique city. With its 102 sanctuaries and nearly 100 mosques, some dating back to the 10th century, Harar is considered by some people as the fourth most sacred city of Islam 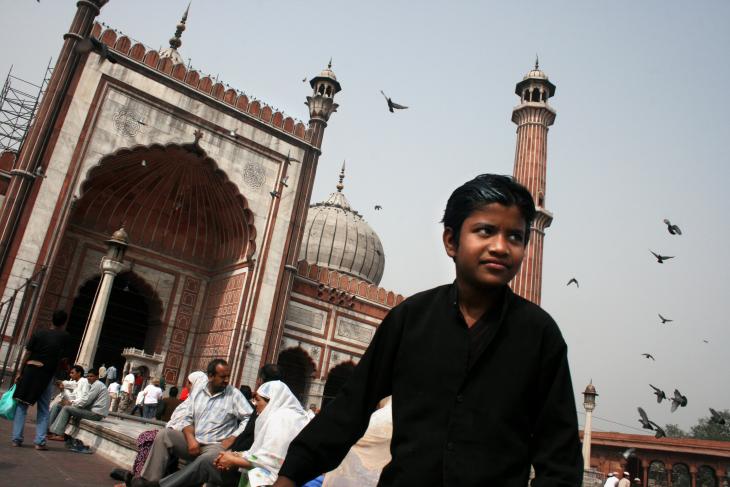 The impressive Jama Masjid, in New Delhi, is the largest mosque in India. It can accommodate 25,000 people. Built between 1644 and 1656 during the reign of the Mughal emperor Shah Jahan, it is covered with red sandstone 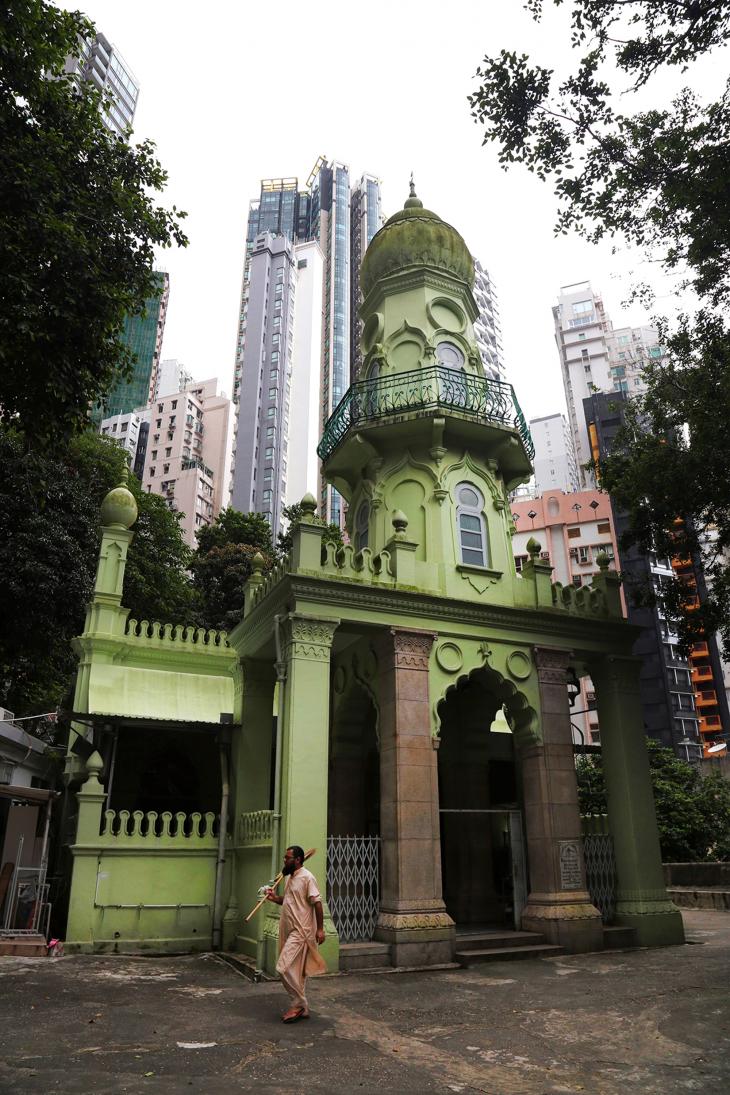 Well hidden among the skyscrapers of the Mid-Levels residential area, Jamia is the oldest mosque in Hong Kong. The expanding Muslim community in Hong Kong currently boasts around 220,000 members, including 30,000 Muslim Chinese 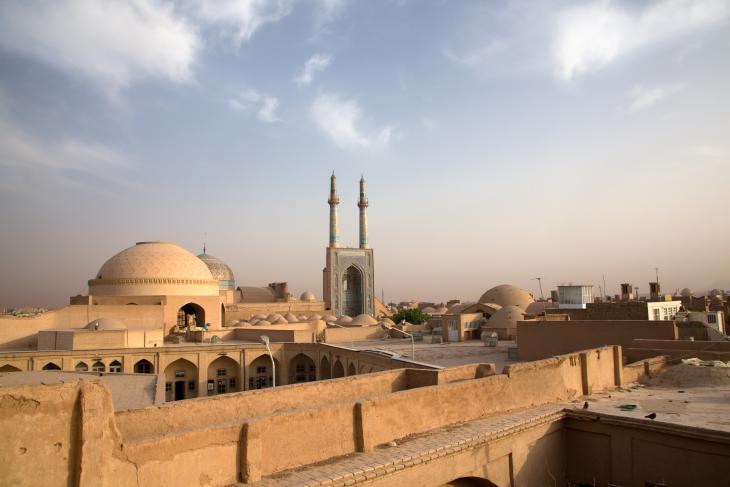 Daybreak in Yazd, Iran. The Jameh Mosque dominates the old city. A beautiful example of Persian Islamic architecture and dating back nearly a thousand years, it features the tallest minarets in the country 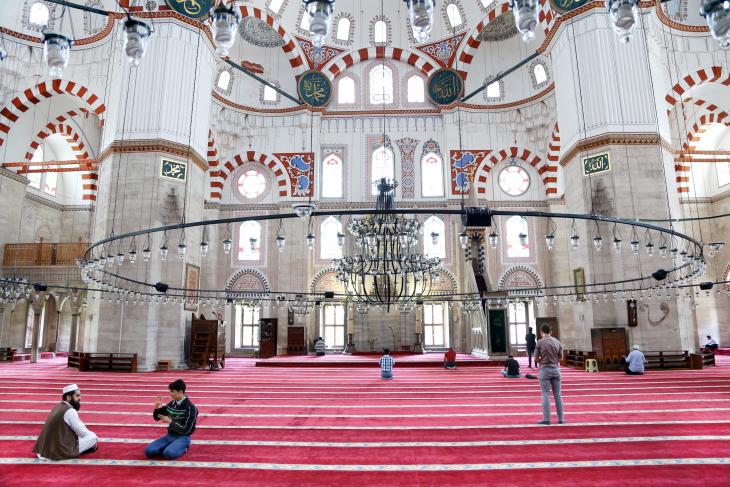 Inside the splendid Sehzade mosque, an imperial Ottoman mosque located in the Sehzadebasi district of Istanbul, Turkey 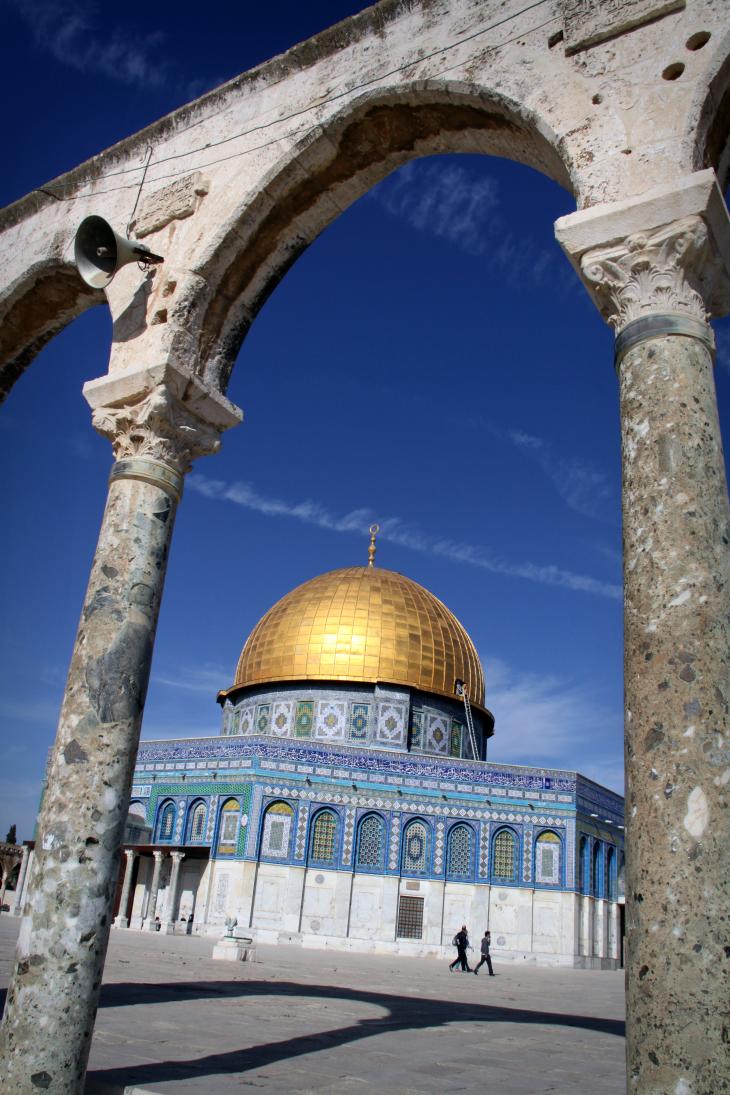 The Dome of the Rock is the third holiest place of Islam, after Mecca and Medina. It is located on the Esplanade of the Mosques, with the mosque Al-Aqsa, in Jerusalem. According to Muslim tradition, it was here that Muhammad arrived from Mecca and was taken up into heaven 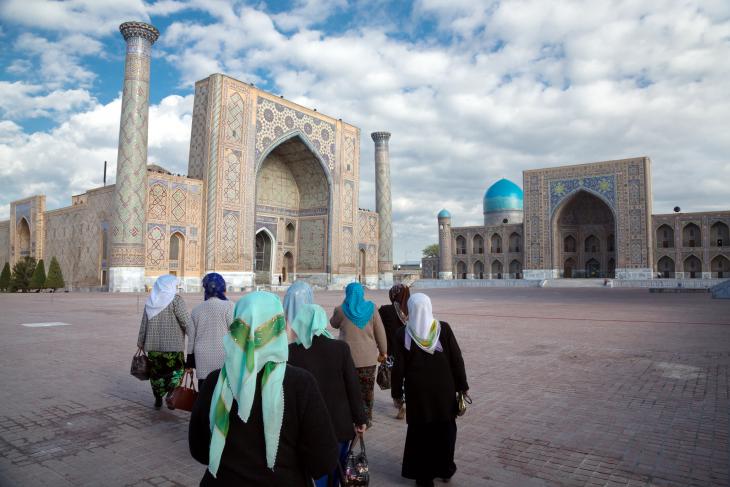 A group of women walk towards the legendary Registan in Samarkand. This majestic set of madrassas is one of the most impressive sites in Central Asia 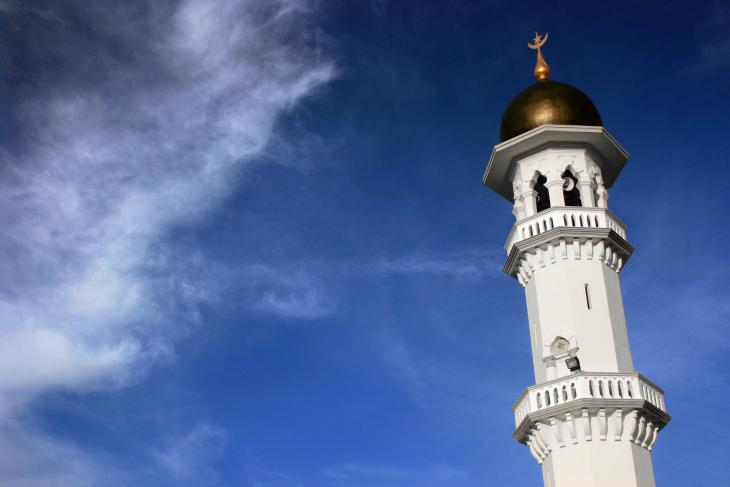 Minaret of the Kapitan Keling Mosque in Penang, Malaysia. Built in 1801 by Penang’s first Indian Muslim settlers (East India Company troops), it is the largest mosque in Georgetown 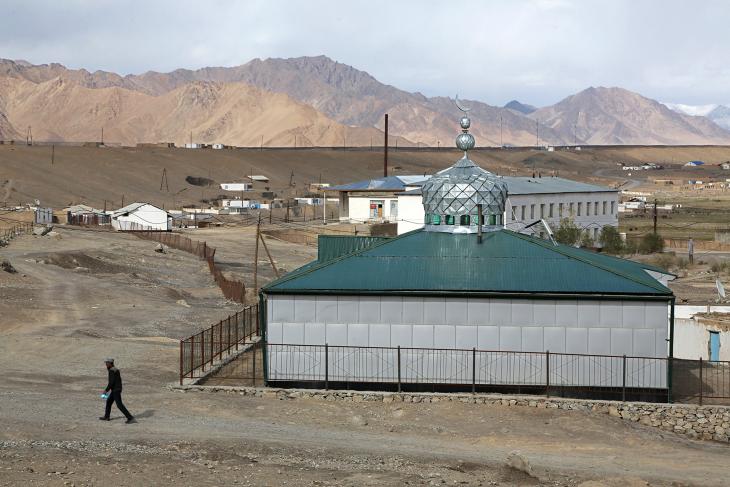 The main mosque in Murghab, the second most important town in GBAO province, Pamir area, Tajikistan. Known in Persian as the «Bam-i-Dunya» («Roof of the World»), the Pamir mountains in Eastern Tajikistan form one of the most unexplored and isolated regions on Earth and are one of the highest mountain ranges in the world 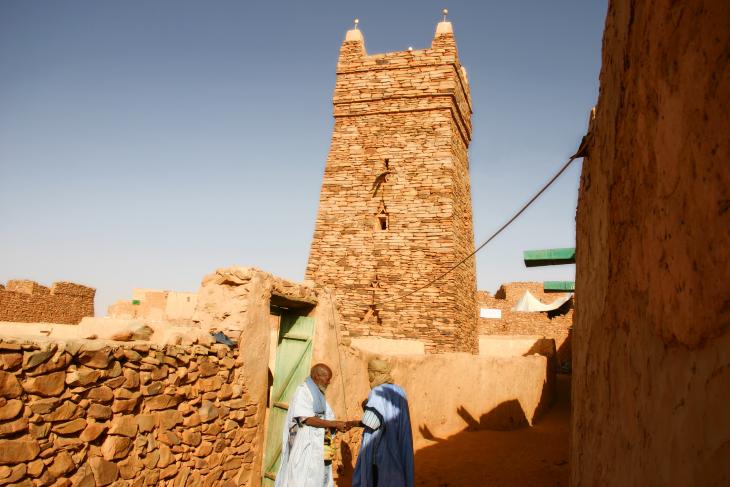 Dating back to the 13th century, the Chinguetti Mosque is one of the few monuments still intact in the city, located in the desert in Northern Mauritania. It is built with dry stone and banco (raw earth). A mysterious place…at the end of the world 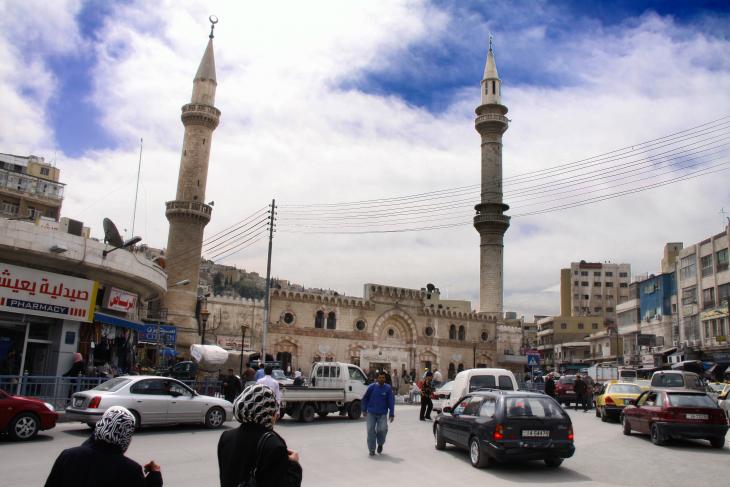 The Al-Husseini Mosque is one of the main landmarks in the old city of Amman, Jordan. Although the visible part of the Al-Husseini mosque was built only in the 1920s, its foundations are those of another mosque, much older, dating back to the beginnings of Islam 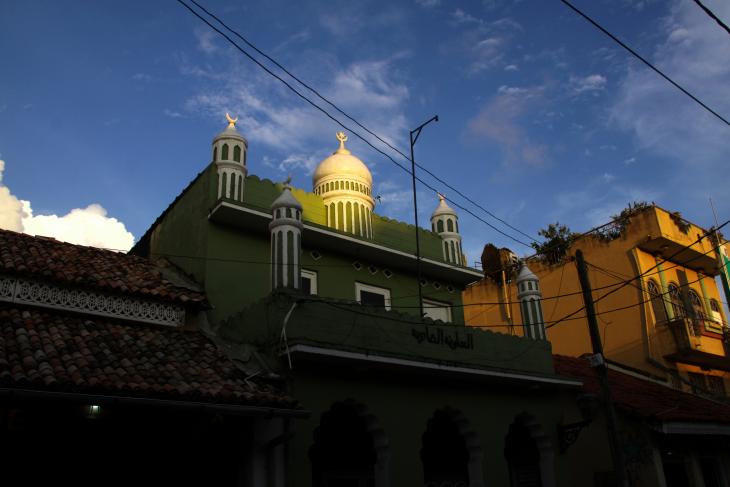 Sunset and golden light on the beautiful Jiffry Thaikkah Mosque, located in the peaceful old town of Galle, Sri Lanka 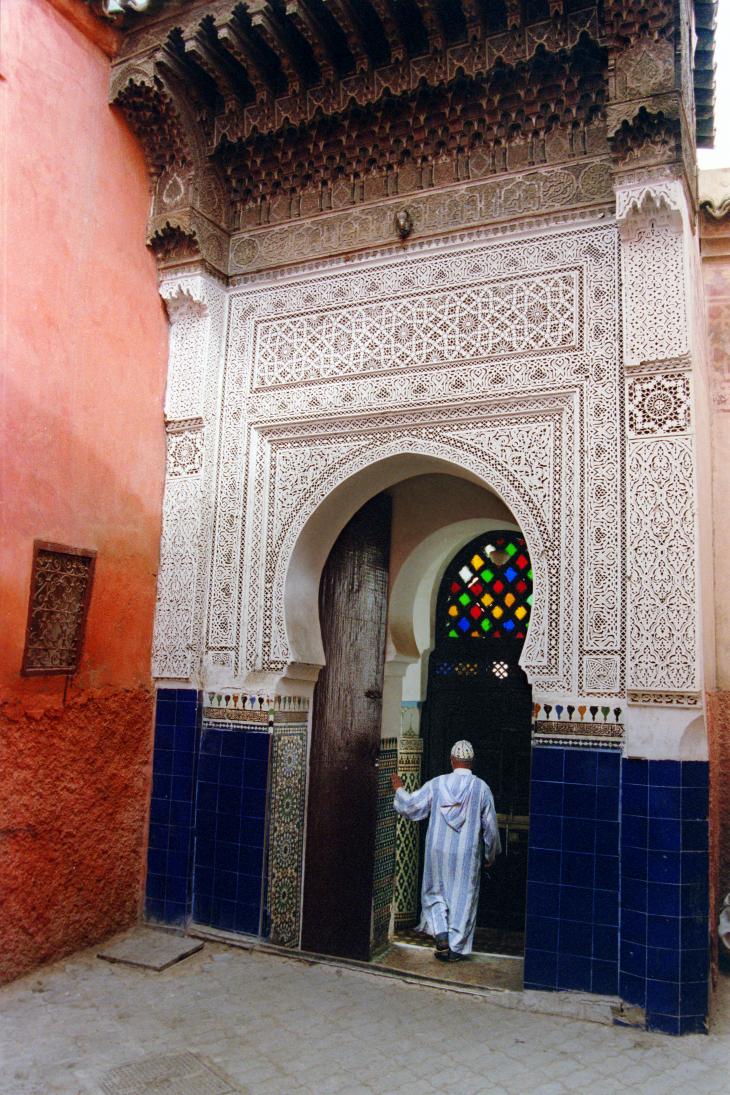 The mausoleum of Sidi Abdel Aziz is located in the amazing medina of Marrakesh. It is today an important place of pilgrimage but is not accessible to non-Muslims. The beauty of its portal leaves unforgettable memories

END_OF_DOCUMENT_TOKEN_TO_BE_REPLACED
Social media
and networks
Subscribe to our
newsletter