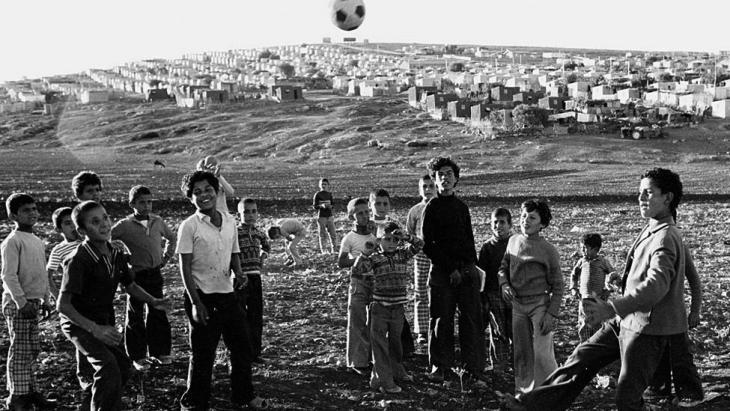 Two German Jews dreaming of living in the Holy Land chose to settle near Bethlehem. Under international law, Israeli settlement activities on Palestinian soil are, however, illegal. What attracted these two Germans, and how do they imagine themselves living with the Palestinians?

What causes Europeans to trade a relatively comfortable life for a much more uncertain and dangerous existence in the Occupied Territories?

Hailing from Cologne and Bonn, Chaya Tal and Nethaniel von Boxberg did not hesitate: they settled in the Gush Etzion settlement bloc near Bethlehem in the West Bank. Both are convinced that Judea and Samaria, as they call this region, belong to the people of Israel, and therefore to the Jews.

Under international law, however, the occupation by the Hebrew state is illegal.

But the Tel Aviv government does not see it that way. Among the approximately 450,000 settlers in the West Bank, Chaya and Nethaniel are not the only Europeans. In Gush Etzion, Belgians, French, Swiss and other Dutch have found a new home. Often they carry a surprising contradiction.

While they do occupy land belonging to Palestinians, this does not prevent them from working for peaceful coexistence ... yet how does this translate into everyday life?

Chaya is well aware of being an obstacle to peace, but she nevertheless recalls that she is one of the few in Israel who interacts with Palestinians every day. She is fluent in Arabic and has friends in the surrounding villages, which are strictly off limits to Israeli citizens. What makes her brave these prohibitions?

And why do Palestinians befriend settlers, even planning for the future with them? With ARTE Regards, plunge into a world steeped in contradictions.

USA, Israel and the Palestinians – Trump's sham attempt at peace

Home
Print
Newsletter
More on this topic
Interview with Israeli historian Ilan Pappe: "This situation is not temporary, it is the future"Noam Chomsky and Ilan Pappe in dialogue: A one- or two-state solution?Special political zones for the Middle East: Beyond the two-state solutionIlan Pappé's "The Ethnic Cleansing of Palestine": Not just collateral damageResolving the Israel-Palestine conflict: Expect nothing from Trump
Related Topics
Benjamin Netanyahu, History of the Near and Middle East, Holocaust, Intifada, Israeli settlement, Israeli-Palestinian conflict, Israeli-Palestinian dialogue, Jews in the Islamic world, Judaism | Jews, Middle East peace process, Palestinian Authority
All Topics

In an act of subversive diplomacy, Israeli singer and actress Liraz Charhi has recorded her latest album in secret collaboration with Iranian artists. By Carl Holm END_OF_DOCUMENT_TOKEN_TO_BE_REPLACED

A German IT company has started an academy to train Palestinians in software development. Despite the pandemic's challenges, it has managed to run its first boot camp in Ramallah ... END_OF_DOCUMENT_TOKEN_TO_BE_REPLACED

This summer it was reported that Israel had abandoned its plan to annex parts of the occupied West Bank. Now, however, Israel is driving forward its settlement programme in the ... END_OF_DOCUMENT_TOKEN_TO_BE_REPLACED

Conceived by Israeli journalist and rabbi Elhanan Miller, "People of the Book" is a YouTube project designed to provide information on Judaism in Arabic. Disarming prejudice with ... END_OF_DOCUMENT_TOKEN_TO_BE_REPLACED

END_OF_DOCUMENT_TOKEN_TO_BE_REPLACED
Social media
and networks
Subscribe to our
newsletter