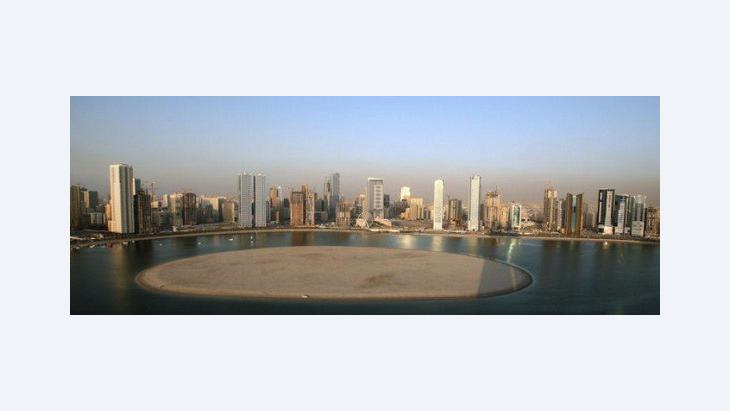 Arts and Culture in the Gulf Region

The End of Tolerance

﻿In recent years, the United Arab Emirates have succeeded in presenting a number of prestigious arts projects and cultural events. Now though, questions are having to be asked about academic and artistic freedom there. Charlotte Bank reports

For several years, the Gulf states have been engaged in an ambitious rebranding campaign, to establish themselves as a centre for art, culture and science. Leading academic institutions, like the New York University or Paris's Sorbonne university, have opened campuses in Abu Dhabi; major museums, like the Louvre and the Guggenheim are planning to build branches there.

The Art Dubai has turned into an attraction, not just for regional artists, gallery-owners and art experts, but also for those from Europe, the USA, South Asia and Australia. The Emirate of Sharjah puts on an Art Biennial which has international status. These developments are part of the image: the area presents itself as offering an open climate for international cultural exchange at a high level.

But this façade is beginning to show cracks: the question is being asked more frequently whether one can really create the space for independent thought and for art in authoritarian, conservative states such as the Emirates.

In early March, two well-known Arab artists – the Palestinian Emily Jacir and the Lebanese Walid Raad – initiated an online petition to protest against the miserable working conditions on the construction site of the new Guggenheim Museum. According to a report by the NGO Human Rights Watch, workers are paid starvation wages and have to undertake hard physical work for up to 12 hours a day in temperatures of up to 38 degrees Celsius. In addition, their passports are confiscated and employers take exorbitant commissions, so that their work shows characteristics of slave labour.

The petition was signed by a number of international artists and curators who threatened to boycott the museum if the situation was not changed. 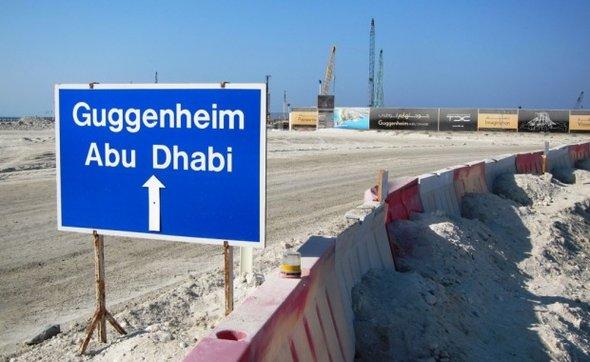 ​​Censorship of art and science

On April 10th, the economist Dr Nasser bin Ghaith, who teaches international economics at the Sorbonne, was arrested in Abu Dhabi and taken to an unknown location. No reason was given for his arrest. Bin Ghaith had frequently spoken out in favour of political reforms, including free elections.

Another incident which won international attention was the dismissal of the director of the Sharjah Biennial, Jack Persekian, on April 6th, on the direct instigation of the ruler of Sharjah, Sheikh Sultan bin Mohammad al Qassimi. Persekian had run the biennial since 2005, and it had developed under his leadership into one of the high points of the artistic life of the region, attracting many international artists and visitors.

His dismissal was a direct consequence of the public outrage caused by one of the works he had included, a spokesperson said. The work, by the Algerian artist and writer Mustapha Benfodil, was then removed from the show.

A group of international artists, writers and curators drew up statements and organised an online petition in which they criticised the way Persekian had been dismissed as well as the lack of transparency in the process. They pointed out that such incidents would damage Sharjah's reputation, in that the world would have to conclude that it was not possible to work freely as an artist in the Emirate.

Freedom for art in an environment without freedom?

In the light of what has happened, it may seem remarkable that the experiment of holding free, critical art events in such a conservative, authoritarian state as Sharjah went well for as long as it did. Perhaps it worked because artists and curators engaged in unspoken self-censorship, in order to have any chance of being able to work in such an environment.

What Jack Persekian himself has said about the issue has been revealing: he began by being surprised by his dismissal, but has since moved towards self-criticism. He hadn't examined the works on show thoroughly enough, he says. He's distanced himself from the expressions of solidarity and the petition in his support. He has not uttered a word in defence of the artist whose work was censored or said anything about his right to artistic freedom.

Persekian was obviously unhappy because he hadn't been thorough enough in his self-censorship. He's obviously not worried about the place of artistic freedom in the Emirates.

It's no surprise that Mustapha Benfodil, whose work "Maportaliche/It Has No Importance" was the cause of the controversy, has expressed disappointment at the lack of solidarity shown by the director of the biennale.

His installation deals with the religious justification offered by the Algerian Islamist GIA (Groupe Islamique Armée) for the atrocities its members committed in the 1990s. The work quotes a monologue written by Benfodil, in which a delirious young woman tells of her rape by Islamists. The language is raw and direct, but it reflects the reality of the cruelty with which the work deals.

The censorship of the work is a scandal, and it gives rise to the question whether it is at all possible for artistic freedom and an authoritarian regime to be brought together. Contemporary art is often uncomfortable and provocative, but art cannot flourish in an environment in which artists and people involved with art feel obliged to exercise self-censorship.

Art is not a suitable tool with which merely to polish an image or promote luxury tourism. Perhaps that's the biggest misjudgement of the Gulf rulers in terms of their cultural politics up till here.

Home
Print
Newsletter
More on this topic
Dubai Feels the Effects of the Financial Crisis: Winds of Change on Dubai's Cultural SceneInterview with Rose Issa: ''Culture Should Not Be Restricted to the West''Seventh Sharjah Biennial: Exploratory Artistic Drilling in the Gulf
Related Topics
Islamic art
All Topics

Political analyst Taqadum al-Khatib argues that Egypt can, in co-ordination with its European partners, develop a common vision to solve the complex conflict in Libya. For this to ... END_OF_DOCUMENT_TOKEN_TO_BE_REPLACED

Trump’s sweet revenge could swiftly turn bitter, after all the U.S. attack is a direct declaration of war against the Iranian Revolutionary Guard and its elite Quds troops ... END_OF_DOCUMENT_TOKEN_TO_BE_REPLACED

Key Saudi figures in the Jamal Khashoggi murder investigation have so far escaped trial for his death. But while UN efforts to deliver justice have stalled, difficult questions ... END_OF_DOCUMENT_TOKEN_TO_BE_REPLACED

An expert on Saudi Arabia and the Middle East, Guido Steinberg explains that the drone attacks on Saudi oil facilities last week were partly a manifestation of complex religious ... END_OF_DOCUMENT_TOKEN_TO_BE_REPLACED

The collapse of traditional multilateralism in the Arab world has been accompanied by a significant shift in American Middle East policy under President Donald Trump, writes ... END_OF_DOCUMENT_TOKEN_TO_BE_REPLACED
Author:
Charlotte Bank
Date:
Mail:
Send via mail