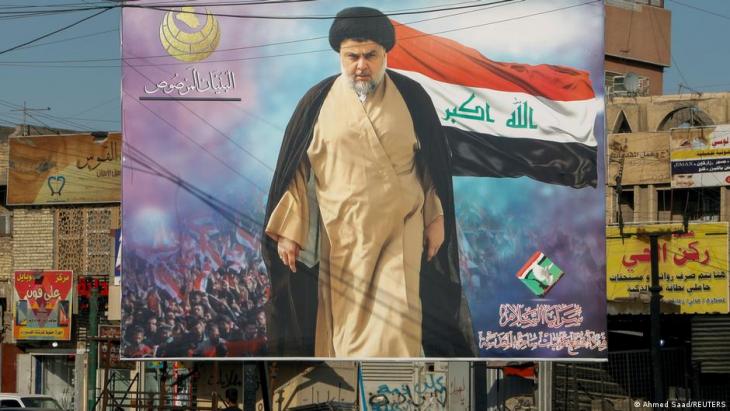 As Iraq's Shia leaders jostle to secure a majority in the newly-elected parliament, Sunni and Kurdish minorities have been caught up in a spate of warning grenade attacks, analysts say.

In recent days, unknown attackers have hurled grenades at Kurdish and Sunni targets including political party offices and a lawmaker's home – groups that could help Shia cleric Muqtada al-Sadr win the critical parliamentary majority needed to make his choice of prime minister.

"It is a way of punishing the forces that have allied with Muqtada al-Sadr to form a parliamentary majority," said political scientist Ihsan al-Shammari. "Their message is political," he added, calling the attacks "part of the mode of political pressure" adopted by some groups.

In multi-confessional and multi-ethnic Iraq, the formation of governments has involved complex negotiations since the 2003 U.S.-led invasion toppled dictator Saddam Hussein.

No single party holds an outright majority, so the next leader will be voted in by whichever coalition can negotiate allies to become the biggest bloc – which then elects Iraq's president, who then appoints a prime minister.

In previous parliaments, parties from Iraq's Shia majority have struck compromise deals to work together and form a government, with an unofficial system whereby the prime minister is Shia, the president is a Kurd and the speaker of parliament is Sunni.

But Sadr, who once led an anti-U.S. militia and who opposes all foreign interference, has repeatedly said the next prime minister will be chosen by his movement.

So rather than strike an alliance with the powerful Shia Coordination Framework – which includes the pro-Iran Fatah alliance, the political arm of the former paramilitary Hashed al-Shaabi – Sadr has forged a new coalition.

That includes two Sunni parties, Taqadum and Azm, as well as the Kurdistan Democratic Party (KDP).
It has infuriated the Coordination Framework – who insist their grouping is bigger.

In recent days, grenades have been lobbed at the home of a Taqadum lawmaker, as well as at the party offices of Azm, Taqadum and the KDP in Baghdad.

On Sunday, flashbang stun grenades were hurled into the branches of two Kurdish banks in the capital Baghdad – wounding two people.

The heads of both banks are said to be close to political leaders in Iraq's autonomous northern Kurdistan region.

There has already been unrest following the election, with Prime Minister Mustafa al-Kadhemi escaping unhurt when an explosive-packed drone hit his residence in November during what his office called an "assassination attempt".

No group has claimed the attack.

While the culprits of the recent grenade blasts have also not been identified, a security source charged that the attacks "convey the messages of the parties that lost in the elections".

The purpose, the security source claimed, is to "disrupt the formation of the government" –- implicitly pointing to the Coordination Framework, and in particular the Fatah alliance.

Fatah lost much of its political capital in the October 10 polls, having secured only 17 seats, compared to the 48 it had before.

It alleged the vote was rigged, but Iraq's top court rejected a complaint of electoral irregularities filed by Hashed.

Hashed, which maintains an arsenal of weapons, fighters and supporters, has sought a variety of ways to make itself heard outside parliament, including demonstrations and sit-ins.

"Rather than accepting defeat at the polls, they threaten violence," said Lahib Higel, of the International Crisis Group.

Sadr has considered striking deals with certain members of the Coordination Framework, such as Fatah chief Hadi al-Ameri, at the expense of other figures in the bloc, such as former prime minister Nuri al-Maliki, Higel said.

But such an arrangement "is not Iran's preference" Higel argued, adding that Tehran "would rather see a consensus that includes all Shia parties".

However, she said Iran could settle for a deal where Shia parties held sway.

"It is possible that they (Iran) would accept a scenario where not everyone is represented in the next government, as long as there is a sufficient amount of Shia parties, including some Hashed factions," she said.    (AFP)

END_OF_DOCUMENT_TOKEN_TO_BE_REPLACED
Social media
and networks
Subscribe to our
newsletter