Economic Justice as a Religious Mission

The end of November is the anniversary of the terrorist attack in Mumbai in which 173 people were killed. Muslims from Mumbai condemned the terrorist act – among them supporters of Islamist reform theologian Asghar Ali Engineer. Gerhard Klas reports 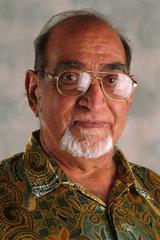 ​​ Like no other attack in India, the terrorist bombings that occurred from 26 to 29 November 2008, shocked the world. In India it was even compared with the attack on the World Trade Center on 11 September 2001.

Indian Muslims from Mumbai, who are often targets of violent attacks by fanatic Hindu nationalists and likewise suffered losses after the attack, condemned the terrorist act and, afterwards, organised protests and peace marches together with members of other religions.

Among them were members of Islamic reform theologian Asghar Ali Engineer's Center for the Study of Society and Secularism, CSSS.

"Terrorism has no religion"

"Forty percent of the victims were Muslims," says Kutub Kidwai, Asghar Ali Engineer's right hand. "Terrorism has no religion and knows no friends, no brotherhood," explains Indian Sunni Kidwai. "They did not attack a specific religion, but all of us."

Asghar Ali Engineer, born in 1939, fell out with his original community – the Shi'a Dawoodi-Bohras – decades ago. His team now includes Hindus and members of other religions.

Whether Christian, Sikhs, Hindus, Muslims, or Jews – Asghar Ali Engineer approaches all believers – and non-believers – with respect. He is the most well-known Islamic reform theologian in India.

"All people, even women, must be allowed to live in dignity," he replies to those who derive male supremacy from the Koran. "They must be able to decide their own future and present – for me that is the spirit of the Koran."

Engineer also calls Sharia into question for this very reason, because it was laid out in the Koran during a time in history in which society was still feudal. "Today we must rethink all Sharia laws," explains Engineer.

His beliefs and work have made him a target of the Dawoodi-Bohras. "Five times they have tried to kill me," the reform theologian says. The perpetrators, however, were not able to intimidate him. For many decades now he has been organising seminars and congresses, and is in an ongoing dialogue with representatives of religious, social, and political organisations. 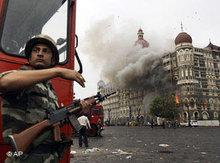 The Mumbai assassins, who allegedly came from Pakistan, attacked the luxury hotels Trident-Oberoi and Taj Mahal, the central railway station, a Jewish community centre, and a tourist café

​​ The last attack on Asghar Ali Engineer took place in 2000. Newspapers and television stations reported on the attack, and many critical intellectuals announced their solidarity with the reform theologian.

In 2004, Asghar Ali Engineer was awarded the alternative Nobel Peace Prize for his work together with Swami Agnivesh, a Hindu reformer and opponent of Hindu nationalists.

For many decades Engineer has lived and worked in Mumbai, a city with a population of 18 million, the leading economic centre on the subcontinent and the most Western-oriented city in India. More than any other Indian metropolis in the past two decades, Mumbai has been targeted with terrorist attacks and pogroms.

The right-wing extremist Hindu party Shiv Sena, the "Army of the God Shiva", has been in power for more than 15 years. The Shiv Sena regard Indian Muslims as their archenemy Pakistan's "fifth column".

Not coincidentally, but precisely for this reason, Asghar Ali Engineer has chosen to house his Centre for the Study of Society and Secularism in Mumbai. In his fight against fundamentalism he builds on the Indian tradition of coexisting with different religions.

"Thanks to our mixed culture, Islam in India differs from the Islam in Arab countries," says Engineer. "Muslims are a minority here and even the Muslim dynasties that ruled in India had to moderate their religious fervour because the majority of the population belonged to another religion," explains the theologian.

Indian civilisation and culture have had a strong influence on Islam, just as Islam, in its turn, has influenced Indian culture. 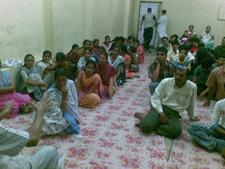 Economic justice, dialogue between Hindus and Muslims, access to education for the poor – these are the mission and goals of Asghar Ali Engineer and his Centre for the Study of Society and Secularism

​​ This tradition of a mixed culture is still strong today. Engineer is convinced that "despite the powerful influence of Hindu fundamentalism, most Hindus have not been infected by it. Most Hindus are very accommodating and secular."

Kutub Kidwai is more sceptical about the future. She is afraid that attacks on Indian Muslims and their religious sites might radicalise younger members. After all, the Mumbai assassins used these incidents to vindicate their actions.

"In a TV interview one of them mentioned the destruction of the Babri mosque in 1992 and the pogrom against Muslims in Gujarat in 2002," says Kidwai. He demanded the end of cruelties against Muslims.

"Someday we must realise that we have to come to terms with our internal conflicts in India," insists Kidwai.

Influences of Bertrand Russel and Marx

Muslims in India are not only subjected to violence from Hindu nationalists, but, compared to the Hindu majority in India, have less access to education, are more impoverished, and are underrepresented in civil service.

Changing this is part of his religious mission, says Engineer, because Islam emphasizes economic justice.

The works of the British philosopher Bertrand Russell and Karl Marx have been another influence on Engineer. According to Engineer's interpretation, Marx did not condemn religion in itself – and its spiritual content – but rather its social function.

Asghar Ali Engineer agrees with Karl Marx that religion can be an instrument of tyranny when used to maintain the conditions of oppression instead of changing them.

In his book "Islam and Revolution" Asghar Ali Engineer develops the perspective of a liberation theology, which assigns religion another social function, one which places justice in the here and now, and not in the afterlife.

In the process, Asghar Ali Engineer envisions not an armed, holy war, but non-violent acts of civil disobedience to counter the forms of direct and structural violence.

Asghar Ali Engineer is a big role model for Kutub Kidwai. "Sometimes I call him a modern Sufi," she says. "Sometimes a veritable Gandhi."

The Indian Subcontinent's Colonial Heritage
Divide and Conquer
The murderous terrorist attack in Mumbai at the end of November brought the religious and political fault-lines on the Indian subcontinent sharply back into the public eye. Their background, however, reaches back to the days of British colonial rule, as the historian Jörg Fisch shows

www
Website 'Centre for Study of Society and Secularism'