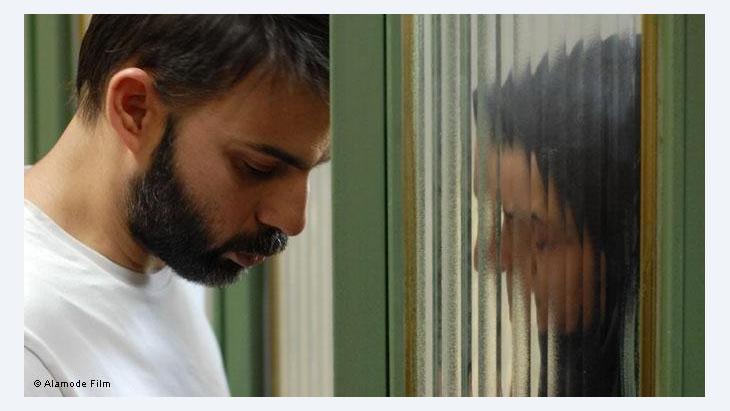 Ever since his triumph at the Berlinale Film Festival, Asghar Farhadi has found himself compared to film greats such as Bergman, Antonioni, Cassavetes and Altman. But the main characteristic of Farhadi's films is that they are a seismograph of social crisis in Iran. Amin Farzanefar reports

It was something of a sensation when Asghar Farhadi's film won three main prizes at the Berlinale Film Festival – the decision of the jury may have been partly motivated by political considerations, intended to offer support to a film industry which suffers from government intimidation, but it was without doubt also absolutely justified on artistic grounds.

Farhadi's drama is a masterpiece. Its subject matter, its screenplay, its realisation, its performers – all are thrilling. The production is so intense and exciting, crafted in such a complex way, even down to the smallest roles, that new aspects of the film open up even after repeated viewing.

It starts out with a relationship which threatens to break apart, not as a result of personal incompatibility or lack of love, but due to the characters' contradictory plans for their lives: while Simin wants to go abroad, partly to give her teenage daughter a better life, Nader feels obliged to look after his father, who is suffering from Alzheimer's. 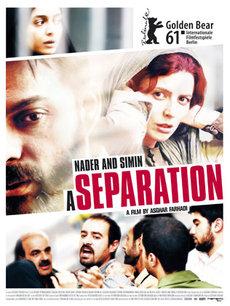 ​​As Simin moves out, and Nader employs Razieh to help him look after his confused father, the tense situation escalates. Razieh loses her unborn child and accuses Nader of being responsible in that he pushed her down the stairs in anger at her having neglected her duties. Nader denies having even known that Razieh was pregnant; but then, if he had known, he could find himself threatened with several years in prison.

When Razieh, who comes from a simple religious background, tells her choleric husband Hodjat that she is working for a strange man in a strange apartment, he feels that his honour has been insulted. Hodjat, who is unemployed and has creditors breathing down his neck, wants revenge and goes to court. The investigating magistrate finds himself confronted with perjury and false accusations, with a network of lies and self-justifications.

Break with the tradition of Iranian art cinema

With brilliant dialogue and repeated changes in perspective, the positions of all the characters are increasingly called into question, as the plot turns into a cinematic tour de force – very different from the atmospheric settings and symbolic picture language with which Iranian art cinema has usually stood out at festivals.

In stark contrast, Farhadi has developed a new realism: strong actors and a dynamic camera and editing style which reflects the tempo of the megacity Tehran, without losing sight of the details.

In so doing, "Nader and Simin" draws attention to a deep division in Iranian society: on one side there are the "foot-soldiers of the revolution" – the traditionalist and religiously-inclined lower class – and on the other there's a prosperous middle class, who mistrust each other in the atmosphere of general monitoring and control, and who accuse each other of the worst crimes. 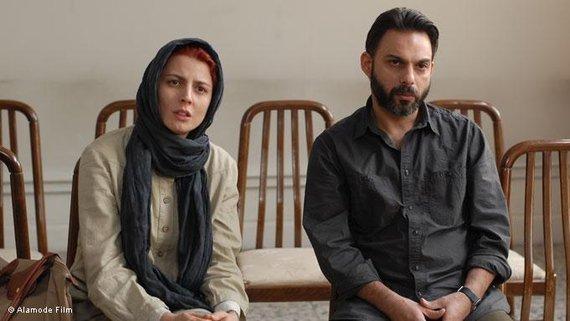 Too smart for the Mullah's censors? Asgar Farhadi's masterpiece was not banned in Iran and drew large audiences in the country's cinemas. Farhadi is occasionally critical of the Iranian regime but does not confront the government directly. Scene from "Nader and Simin"

This division affects daily life too: while Nader wants his daughter to grow up to be a self-reliant young woman who will stand up for herself in a man's world, Razieh phones a religious hotline on her mobile phone because she isn't sure whether she's allowed to wash Nader's incontinent father.

Strategies against the censor

This "class struggle" was and is a central, difficult issue in Iran. Farhadi's "trick" to deal with the censor (as he himself calls it) is to show everything but to judge nothing – he doesn't criticise any of his characters, and ensures that the motives for their actions are always comprehensible.

His earlier films adopt similar strategies: the mystery "About Elly" takes place in a young, modern, urban environment which a Western public will scarcely recognise from earlier Iranian "export" films.

At the end of a weekend trip taken by several couples to the Caspian Sea, a young woman disappears, and the modern façade turns out to be fragile. The decisive questions – Where did Elly come from? Who brought her? Was she engaged or separated? – lead to the break-up of the easy-going group of friends into accusatory parties. This group dynamic reflects the current situation in a society in which everyone is so much compelled to lie that they have lost any sense of the truth.

In Tehran, the fact that Farhadi's problem films pull in more box-office receipts than the popular Iranian comedies and romances is a revealing fact.

His very first success explored the lies and secrets which poison the relationship between the sexes in a totalitarian system: in "Fireworks Wednesday" (2006) Ruhi, a young girl from the lower class, arrives in a prosperous apartment where she's supposed to be helping out for a day.

The housewife of the family is obsessed with the idea that her hard-working husband is deceiving her with the neighbour, and she tells Ruhi to spy on her. "Fireworks Wednesday" is also characterised by an intense production, in which dialogue, objects, noises, details at the edge of the picture and the background scenery are always delivering new information and meanings.

In this film too, the viewer – together with Ruhi – is drawn gradually into a network of accusations and lies, so that the question of guilt or innocence – adultery or not – slips behind the portrait of a broken society.

At the end, Ruhi, who has not let herself be infected by the dishonesty of the upper class, returns to her poor Tehran suburb.

This "flight from the middle class", which she takes together with her young fiancé on his motorbike, is presented as a hopeful final scene. Five years later, in "Nader and Simin", this perspective has disappeared; all the actors are involved in a dirty game which they may not want to play, but from which they cannot free themselves.

Farhadi wrote the screenplay for "Fireworks Wednesday" with the director Mani Haghighi, who has a leading role in "About Elly", and who won a Berlinale Bear in 2006 for "Men at Work", a parable-like comedy about the middle class's inability to act. 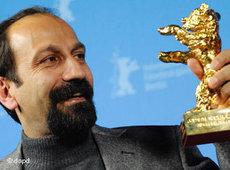 Ashgar Farhadi, one of Iran's leading directors, currently lives in Berlin where he is working on his new film project

​​Farhadi wrote the book for Haghighi's "Canaan", a film which is little known abroad. This film too is about a relationship which is condemned to break apart: while the successful architect Morteza hides behind his technocratic view of the world, throwing tenants who can't pay the rent out of the buildings he wants to renovate, his wife Mina, a former student, plans to leave the husband she once admired, and to take up her studies once more in Canada.

These films, as well as the others by Farhadi, are a window on the outside world: the West is always a potential refuge, and the middle class keeps it in view, struggling inwardly with the question of whether one should stay with one's partner in Iran and attempt the difficult task of working towards a better future, or whether one should throw in the towel and leave. This is a deeply Iranian theme, and a very human one.

A sci-fi film lampooning the Islamic Republic and all that its regime holds sacred premiered quietly at a nondescript venue in Los Angeles in July. The title, “Velayatnameh”, is a ... END_OF_DOCUMENT_TOKEN_TO_BE_REPLACED

The Palestinian militant organisation Hamas, with Hezbollah's help, is building up a military presence in Lebanon, the ultimate consequences of which could be devastating, writes ... END_OF_DOCUMENT_TOKEN_TO_BE_REPLACED

With his fist bump greeting for a man he previously called a pariah, US President Biden has paved the way for Saudi Crown Prince Mohammed bin Salman's return to the international ... END_OF_DOCUMENT_TOKEN_TO_BE_REPLACED

Days of protests across Iran followed the collapse of a high-rise building in the city of Abadan in May 2022. But why has the disaster become such a political issue? Rahman ... END_OF_DOCUMENT_TOKEN_TO_BE_REPLACED

Millions in Idlib depend on aid coming through a northern border crossing. On 10 July, the UN Security Council votes whether to keep it open. The decision may hinge not only on ... END_OF_DOCUMENT_TOKEN_TO_BE_REPLACED

Mourad al-Marouai was just nine when a landmine killed him on a beach in war-torn Yemen, a tragedy that will haunt his family forever. After a swim, the little boy "suddenly ... END_OF_DOCUMENT_TOKEN_TO_BE_REPLACED
Author:
Amin Farzanefar
Date:
Mail:
Send via mail

END_OF_DOCUMENT_TOKEN_TO_BE_REPLACED
Social media
and networks
Subscribe to our
newsletter