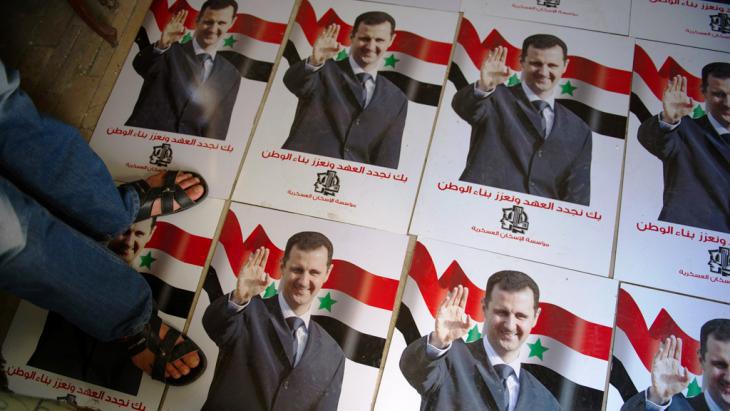 Assad and Islamic State
The two faces of terror in Syria

Fighting the war on terror together with Syria's President Assad would be not only cynical and morally bankrupt, but also a tactical mistake. As long as he is in power there will be jihadists in the region, because the Syrian regime has been using them for years to secure its grip on power, writes Kristin Helberg

Is it a clever gesture or a bad joke? Bashar al-Assad declares himself willing to combat terrorism along with the West, but only if the international community accepts "Syria's leadership and independence". The message is clear: "If Obama wants to bomb Islamic State (IS) positions, we're happy to tell him where to send his drones, and then we can concentrate all our attention on the Syrian resistance and drop barrel bombs wherever we like."

Will the Americans and Europeans be foolish enough to fall for this propaganda? Some who know the region actually advise accepting the Syrian regime as the "lesser evil" and fighting IS alongside it. This would be a fatal misjudgement, because Assad and IS need each other to exist. They are the two faces of terror in Syria.

At first glance, of course, the pseudo-secular Syrian regime and the religious fanatics of IS look like enemies. On closer examination, however, it becomes clear that both follow the same totalitarian ideology. "Either you're with us or we'll destroy you" serves as a maxim for both Assad and Abu Bakr al-Baghdadi, the head of IS. One has wayward civilians tortured, shot, bombed, gassed or starved to death, while the other has them executed with as much public attention as possible.

But let's put morals aside for a moment; who can afford morals in the face of crazed jihadists who are willing to blow themselves up or behead someone on camera at any time? Let us think pragmatically and let us be honest. IS is the greater threat for the West. After all, the Assad regime kills "only" Syrians, whereas IS members might soon plant their first bomb in Europe. So should we go knocking on Assad's door after all? Pick up the co-ordinates of the terrorists' positions in the east and close a blind eye to the fall of Aleppo in the northwest of Syria? No, because Assad has neither the will to beat the jihadists, nor is he capable of doing so.

Over the course of three years, the Syrian regime did everything it could to make radical Islamists its most powerful enemy. Let us recall: to begin with, Assad's "terrorists" looked rather harmless: rebellious schoolchildren, activists painting placards, peaceful demonstrators, women smuggling medication, doctors and health care workers, deserters and nationally minded fighters. 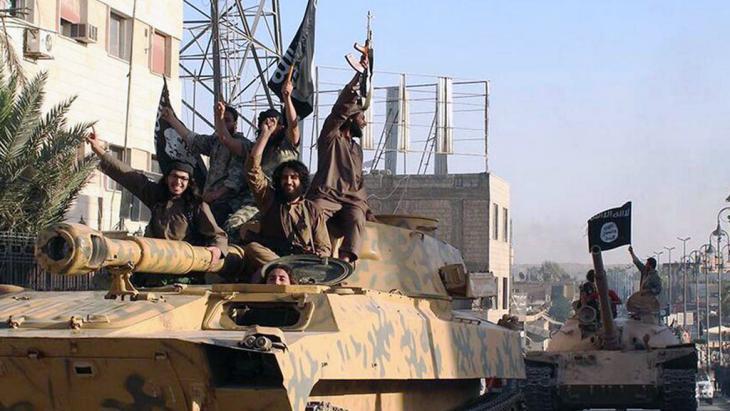 According to Kristin Helberg, Assad needs the Islamic State as a bogeyman to scare both Syrians and the entire world and to "continue to portray himself as the saviour who will protect his people against terror and the patron saint of minorities"

Using the utmost brutality and all the weapons of mass destruction at his disposal, Assad fought these moderate forces while tolerating the jihadists who flowed into the country from early 2013 on, sparing and even supporting them. At the same time, the regime sowed religious hate and released al-Qaida members from Seidnaya prison near Damascus, at least four of whom joined IS, according to "Wall Street Journal" research.

IS (which at that time was still ISIS) in turn did not initially fight the regime in Damascus, but concentrated its advances on the "liberated" territories. There, its fighters attacked and drove out the rebels of the Free Syrian Army, the Islamic Front fighters and Kurdish PYD units, all of which was very much in Assad's interest.

Because the Syrian regime bombed every attempt at civilian new beginnings in these regions, it was as easy as pie for the jihadists to initially play the social do-gooders and subsequently self-appointed emirs, to introduce rules on clothing and to ban music and cigarettes.

This unspeakable alliance between Assad and IS has made large parts of the north and east, a third of Syria's state territory, into a caliphate. But perhaps Assad is now starting to find the IS terror in his own country unsettling? After all, he has just lost his last military air base in the province of Raqqa to the jihadists, and the videos of mass executions of Syrian soldiers are causing discontent and criticism in his own ranks.

Propaganda to shore up power

Does Assad want to be rid of the spirits he once called up? No, he wants to weaken them and keep them in check, but not vanquish them. Assad needs the Islamic State as a spectre of horror, a bogeyman with which to scare the Syrians and the world into submission and that will allow him to continue to portray himself as the saviour who will protect his people against terror and the patron saint of minorities. His simplistic "either us or the terrorists" argument is nothing more than propaganda to shore up his own power.

Assad is, therefore, the cause of the problem and cannot be part of the solution. On the contrary; Syria will not find peace as long as he is in power. In view of the 200,000 people who have been killed and the ten million people who have been displaced, people will not rest until the regime in Damascus has fallen – they have paid too high a price to stop now. Assad cannot stabilise the country because his very presence is the motivation for all armed groups to go on fighting. 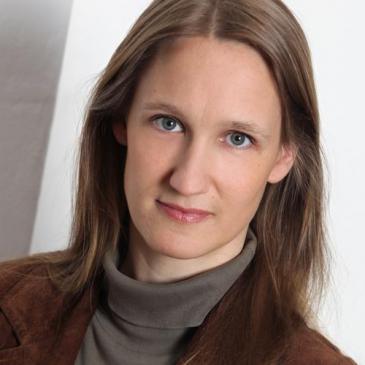 To add to this, Assad would have been finished long ago without help from outside, from Iran and Russia. There is no national "Syrian army" any more; Assad relies on a few elite units, Iranian-led groupings, Hezbollah fighters and Shia militias from Iraq. In other words, he is too weak and too dependent on others to be a reliable partner for the West.

No, we are not facing a choice between Assad and Islamic State in Syria. 18 million Syrians want neither one nor the other, and the majority of Syrian rebels are fighting against both Assad and the IS fanatics. Anyone who claims the moderate resistance is exhausted, the Free Syrian Army in tatters and all other brigades just as radical as IS, knows nothing of the complicated reality on the ground.

Joint front against IS

In the northwest of Syria, the "Syrian Revolutionary Front" is advancing towards the provincial capital, Idlib. Aleppo's military council has joined forces with People's Defence Units of the Kurdish PYD, the Syrian sister party to the PKK, to take joint action against IS.

The "Army of Islam", a member of the "Islamic Front" of Syria's local Islamist associations, has driven IS out of the area surrounding Damascus. And since the moderate Islamists in the Syrian resistance declared in mid-May that they were striving for the rule of law, did not intend to take revenge on Assad's supporters and would respect minorities, the Nusra Front, the official al-Qaida representatives in Syria, distanced itself from Syria's rebels.

What are we waiting for? If Assad's opponents are attempting to come together in a joint front against IS across ethnic and religious boundaries, that is precisely the development we want, that Syria needs and that we should support as quickly as possible – with modern weapons technology and possibly with isolated targeted aerial attacks.

We already know who our possible partners are; the national resistance is already receiving help from the West – albeit not enough. All Syrian fighters who just want to put an end to the dictatorship in Damascus but are not following an international jihadi agenda are our allies in the war on terror: the state terror practiced by the Assad regime and IS's non-state variety.

Home
Print
Newsletter
More on this topic
The Middle East policies of Europe and the US: Mistakes must not be repeatedSyria and the Ba'ath regime: Assad and the post-eternity eraSyrian opposition groups: Time to join forces
Related Topics
Al-Qaida, Assad regime, 'Islamic State' | IS, Jihadism | Jihadists, Kurds, Syrian Civil War, Syrian opposition
All Topics

In "Iran. Die Freiheit ist weiblich", journalist Golineh Atai describes the dogged resistance of courageous Iranian women against the Islamic Republic and the mullahs who have ... END_OF_DOCUMENT_TOKEN_TO_BE_REPLACED

Egyptian authorities have Mada Masr in their sights once again after critical reporting. But the editor of the country's last independent news source is adamant they will continue ... END_OF_DOCUMENT_TOKEN_TO_BE_REPLACED

Like Christianity, Europe's history is one of migration. Both have strong roots in the Orient and in cultures thousands of years old. Cultural historian Bernhard Braun invites us ... END_OF_DOCUMENT_TOKEN_TO_BE_REPLACED

Russia is leaving no stone unturned in its attempts to make the Islamic Republic an ally in the war against Ukraine. Fortunately for Vladimir Putin, the mullahs in Tehran are ... END_OF_DOCUMENT_TOKEN_TO_BE_REPLACED

Attitudes towards Rohingya people in Myanmar have shifted, due in part to the civil war. But this does nothing to alleviate their misery. By Rodion Ebbighausen END_OF_DOCUMENT_TOKEN_TO_BE_REPLACED

END_OF_DOCUMENT_TOKEN_TO_BE_REPLACED
Social media
and networks
Subscribe to our
newsletter