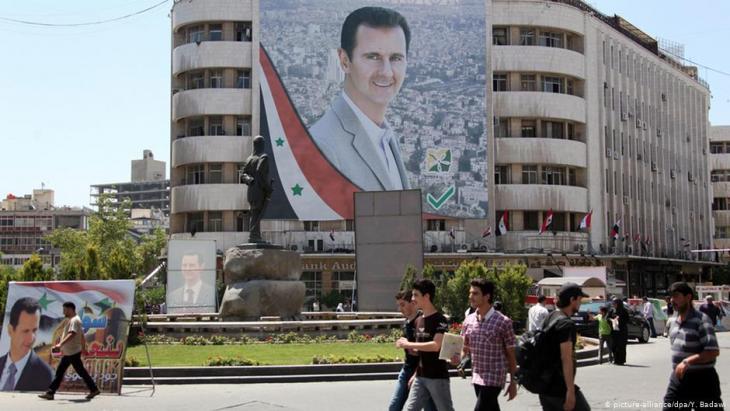 Rather than being aimed at undermining Bashar al-Assadʹs authority, the Damascus Spring was ready to coalesce around him and to support him through the reform process towards a peaceful and gradual democratic transition. Bashar even told a U.S. media delegation that the day would come when he would give up his post through the ballot box.

But all of the above was no more than the customary lies of a Middle Eastern despot. In fact, Bashar was only a "presidential facade" used to extend his fatherʹs rule based on the family and on the Alawite sect. For decades, it had dominated the army, the one and only political party (the Baʹath), the intelligence services, the media and the economic resources of the country.

The aim of the authoritarian regime and its supporters was to seize power indefinitely. For this they ruled with an iron fist to make it unmistakably clear to the population that they could never free themselves from the stranglehold of the ruling clan.

The glorified slogans of the Baʹath party calling for Arab unity, socialism and the liberation of Palestine, were nothing more than propaganda, devoid of good intentions. Basharʹs rhetoric was simply so much hot air.

When the people finally and inevitably rose up, as the domino effect of what became known as the Arab Spring spread, the popular Syrian uprising erupted – and it was peaceful! Following in his fatherʹs footsteps, Bashar responded by applying the Hama principle – a reference to the devastating military assault which Hafez al-Assad launched on 2 February 1982 against the city of Hama in order to put down an armed uprising against the regime. 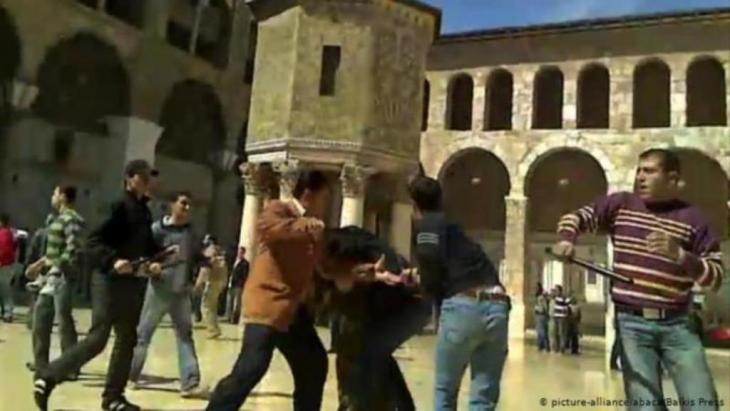 Uncompromising severity against civilians and dissidents: "The aim of the authoritarian regime and its supporters was to seize power indefinitely. For this they ruled with an iron fist to make it unmistakably clear to the population that they could never free themselves from the stranglehold of the ruling clan," writes Faraj Alasha

The revolt was affiliated with the Muslim Brotherhood (who were Sunni), whilst the regime was affiliated with the Alawites (who were Shia). According to the Hama principle, complete destruction by air and artillery was not only targeted at the few rebel clusters in confined areas, but was deliberately extended to include large populous areas, resulting in the death of thousands of innocent civilians. The message: Assad shows no mercy to those who rise up against him.

Over the course of the Syrian uprising of 2011, Assad the son (along with the ruling Alawite family) employed the same tactics, perceiving Deraa to be another isolated insurgent town like Hama. They were taken aback when other towns and villages rose up in support. Accordingly, the sectarian family system put into action the only solution it knew, namely violence and more violence.

When Bashar realised that the regime was about to collapse, he appealed to Iran, its Supreme Leader, and to their associate, the Lebanese Hezbollah. Their intervention, alongside Assadʹs army, turned the tide, albeit only slightly, against armed opposition from the Free Syrian Army, the moderate Islamists, not to mention many more al-Qaida and IS operatives.

Only the intervention of the Russian army prevented the opposition from entering Damascus, as the Russian Foreign Minister Lavrov explained on 17 January 2016: "We knew our decision was the right one, when we responded to the request of the legitimate government of Syria, which is a UN member state, knowing as we did that the capital Damascus was only 2 to 3 weeks away from falling into terrorist hands."

With the intervention of Putinʹs Russia, the Grozny approach came into operation. This went far beyond the Hama principle. Remembering that the entire Chechen city of Grozny was wiped out in a few months and turned into a burnt-out wasteland, the similarities are obvious. Most inhabitants fled the inferno, whilst those who were unable to flee died under the rubble, along with the last of the fighters.

After eight years of war, the death of hundreds of thousands, the displacement of millions and the destruction of most cities, towns and villages, one question remains: what is left of the Syria we once knew and will it be ruled by a bold lion or a conniving fox?!

All the negotiations currently underway or which may take place in the coming days and years, are a perversion of the truth and of reality, because the fact is that Syria is no more – so how can we possibly negotiate her future!

Faraj al-Asha is a well-known Libyan political writer and analyst. His new novel, Synesius and Hypatia, was recently published by Dar al-Tanweer.

The Kurdish YPG militia did the heavy lifting in the fight against the "Islamic State", yet many foreign YPG adherents, including Germans, have come home to find themselves under ... END_OF_DOCUMENT_TOKEN_TO_BE_REPLACED

The terror attacks in Paris, Brussels and Berlin were all carried out by men radicalised in jail. In Germany, politics and the judiciary are trying out new approaches to prevent ... END_OF_DOCUMENT_TOKEN_TO_BE_REPLACED

The assassination of the Iranian general Qassem Soleimani in a surprise U.S. drone strike is being used by the Islamic Republic of Iran to political ends, says Iranian journalist ... END_OF_DOCUMENT_TOKEN_TO_BE_REPLACED

With "Assad or We Burn the Country", Sam Dagher has furnished the world with some genuine ammunition against the Syrian regime's on-going campaign of disinformation. The only ... END_OF_DOCUMENT_TOKEN_TO_BE_REPLACED

There are only a few thousand Aramaic Christians left in south eastern Anatolia. And they are intent on preserving their ancient culture dating back one-and-a-half millennia. ... END_OF_DOCUMENT_TOKEN_TO_BE_REPLACED

Basma, Jad and Ma'zooza are about to join the Sesame Street family. The trio of new Arabic-speaking characters will help teach children in the Middle East to read and write, as ... END_OF_DOCUMENT_TOKEN_TO_BE_REPLACED
Author:
Faraj Alasha
Date:
Mail:
Send via mail