Lawyer Wolfgang Kaleck is the founder of the ECCHR, a Berlin-based human rights organisation. He is well aware how important the investigation into the Syrian system of violence and persecution is for victims of torture. Kaleck revealed what one of the alleged torture victims had to say about the trial: "I came here as a refugee in 2015. As somebody without any rights, without any kind of existential security. This trial will give me back agency over my own life."

The body of evidence is also good because Syria, as Kaleck puts it, is an "orderly dictatorship". "There is no rule of law, but the country does function according to certain rules," he explains. "When somebody has a certain function, like the principal defendant, who was in charge of what was called an 'investigation unit' – that is, a unit that was involved in severe torture – then we can assume that we can to a certain extent hold him responsible." 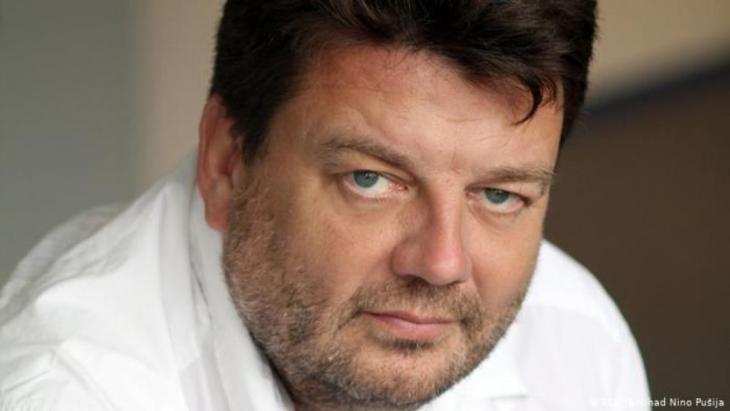 Believes there should be no leniency for political turncoats: "If someone distances themselves from a crime after they commit it, then that can be viewed as a positive step. But on the other hand, Anwar Raslan is accused of 4,000 cases of torture and 58 murders. Of course, that can't be made good by changing his tune politically," comments Kaleck

Kaleck says the trial against Anwar Raslan is the "beginning of the systematic coming to terms with the crimes of the Assad government – and above all the systematic torture."

It is worth noting that German authorities have been investigating the crimes of the Assad regime since 2011. That was when federal prosecutors in Karlsruhe began what was termed a "general investigation". Whenever prosecutors believe they have collected enough evidence against a certain suspect, they launch a preliminary investigation against that person. So far, such proceedings have been opened against some 20 senior officials in the Syrian apparatus.

The most prominent among them is the former head of the Syrian Air Force Intelligence Directive, Jamil Hassan, for whom an international arrest warrant was issued in 2018. That warrant resulted from a case built by the ECCHR, which "caught the attention of both communities," says Wolfgang Kaleck: "Those who have suffered. And those behind the injustices in Syria."

The evidence is collected by what staffers call the "War Crimes Unit" at Germany's Federal Criminal Office. That Germany must not become a safe haven for war criminals is the guiding principle for the officials from within their high-security concrete headquarters in the pretty little town of Meckenheim near Bonn.

The investigators got some crucial help from a foundation based in the Netherlands: the Commission for International Justice and Accountability, or CIJA, which had smuggled hundreds of thousands of government documents out of Syria after the war began there.

Since then, several dozen analysts have combed through the documents, looking for evidence of potentially criminal acts and collating dossiers – with financial backing from the German government. The German weekly Die Zeit reported that when the investigators looking for incriminating information concerning Anwar Raslan contacted CIJA, they were told that they already had a file full of material against him.

The balding, 57-year-old principal defendant is a controversial figure. He had a storybook career in the Syrian security apparatus before becoming master over life and death at the Branch 251 prison in Damascus. But at the end of 2012 Anwar Raslan turned against the regime and fled the country with his family. He became an adviser to the Syrian resistance and took up a prominent role in the opposition.

In the summer of 2014, the former colonel in the security services came to Germany with his family, applied for asylum, received a residency permit and found a new home in the northeast of Berlin. Fearing that he was being trailed by the Syrian intelligence service, he got in touch with the German police. They subjected him to thorough questioning and Anwar Raslan was more than willing to answer their questions about his time in Syria.

Sources close to the investigation confirm that Anwar Raslan clearly had not envisaged facing trial. They say he told his story without any apparent sense of wrongdoing. After months of investigation by the Chief Federal Prosecutor's Office, Raslan was arrested on 12 February 2019. 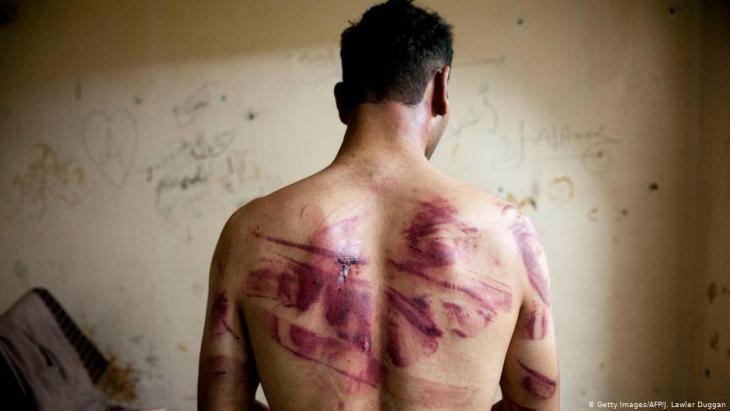 Re-living the agony: the witnesses will be called on to recount the torture, the moments of anguish and agony that they would rather forget – if they only could. They will have to talk of the kind of pain that goes beyond the imagination of anybody who has never experienced such horror. For many months to come, the focus will be on the monstrous excesses of a system of control and persecution that was set up with just one purpose: to maintain the Assad clan's grip on power – at any price

The political change of heart by the former secret service man is unlikely to play an important part in the trial, says the lawyer Wolfgang Kaleck. He refers to a legal concept applied in German courts: "We call it post-crime behaviour. If someone distances themselves from a crime after they commit it, then that can be viewed as a positive step. But on the other hand, Anwar Raslan is accused of 4,000 cases of torture and 58 murders. Of course, that can't be made good by changing his tune politically."

Much is expected of the trial in Koblenz. It aims to shed light on the crimes allegedly committed by the two defendants in the context of the Syrian power structure and deliver a better overall understanding of the tyrannical Syrian regime. That might serve as a precedent for other trials in other places. A spokesman for the Federal Prosecutor's Office says: "The evidence we collect may be used for decades to come."

Her grandparents are Jews – born in Tunisia and Algeria. Director Cleo Cohen has now broken the silence about this with a very personal debut. By Nadine Wojcik END_OF_DOCUMENT_TOKEN_TO_BE_REPLACED

Life imprisonment for crimes against humanity: that was the sentence handed down to Anwar Raslan in the world's first trial of a member of the Syrian torture system. Matthias von ... END_OF_DOCUMENT_TOKEN_TO_BE_REPLACED

Every year in December, the team at Qantara.de takes a look back at the articles that proved most popular with our readers. This year is no different. Here is a run-down of the ... END_OF_DOCUMENT_TOKEN_TO_BE_REPLACED

With his new album, "A Voice Keeps Calling Me", the Persian santur player Kioomars Musayyebi is building bridges from Iran across the Arab world to European early music. By Stefan ... END_OF_DOCUMENT_TOKEN_TO_BE_REPLACED

Former lawyer Said Haider has invented a chatbot for those seeking advice on anti-discrimination issues – Meta is the first chatbot of its kind in the world. In conversation with ... END_OF_DOCUMENT_TOKEN_TO_BE_REPLACED

Benjamin Idriz, imam of the mosque in Penzberg near Munich, is one of the most prominent representatives of Islam in Germany. He sees his role as building bridges to mainstream ... END_OF_DOCUMENT_TOKEN_TO_BE_REPLACED
Author:
Matthias von Hein
Date:
Mail:
Send via mail

END_OF_DOCUMENT_TOKEN_TO_BE_REPLACED
Social media
and networks
Subscribe to our
newsletter