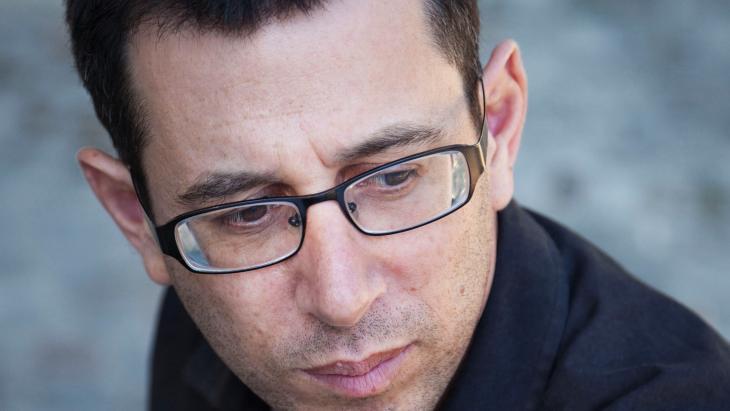 While the peace talks between the Israelis and the Palestinians have stalled once again, the Israeli bestselling author Assaf Gavron has just published a novel which takes as its theme the construction of an illegal settlement outpost in the middle of the West Bank. A review by Volker Kaminski

"The Hilltop" tells the story of the gripping events surrounding an unauthorized Israeli settlement on Palestinian territory. Yet, the novel is far more than a political parable about the well-know problems of two irreconcilable neighbours.

With an ironic distance, the narrator depicts the bureaucratic confusion let loose by the arbitrary management of the territory by a handful of settlers. A man called Otniel Asis takes off into the wilderness to pursue a bit of farming in the wasteland, to milk a goat, and to plant some lettuce and cherry tomatoes for his wife and children.

In the clutches of bureaucracy

While he goes about making the first steps towards relocating from the city to the countryside, parks a trailer on the site, sets up a makeshift water and electricity supply, and hooks up with a few other settlers, the novel simultaneously describes the grinding of the bureaucratic wheels in nearby Jerusalem. 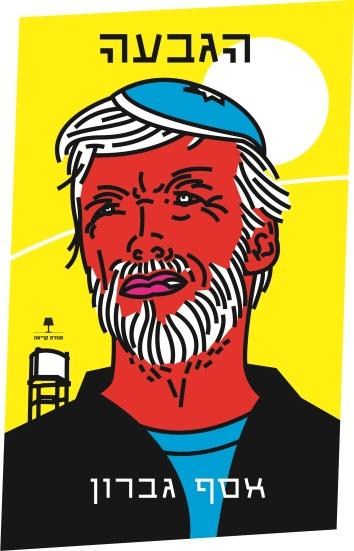 Brilliantly researched and grippingly told: Gavron's novel could be seen on the one hand as a social-political tale, and on the other as emphasizing the human and moral intentions of its protagonists, writes Volker Kaminski

The authorities responsible for settlement building must react to the events taking place in "Chermesh 3" (the name of the outpost). Decisions are made to evict the settlers, only to be postponed, while the settlers, for their part, submit a petition to prevent the military from forcibly removing them. There are disputes among ministers and bureaucrats over matters of competence. The Washington Post gets wind of the story, leading to the American president flying into a rage over the illegal settlement affair.


It quickly becomes clear while reading the book that the author is not concerned about staking a position on the current situation of Israeli settlements. The people who have come together in this wasteland act out of personal motives. They have given up their bourgeois lifestyles, left their jobs as teachers or accountants, to lead a life in the wild under archaic conditions with their families.

The book offers readers a highly vivid account of individual settlers and their reasons for making such a move, the role that their faith plays, and the adverse conditions that they face (cold, rain, wild animals, etc.) in their new environs.

A touch of Hamsun's "The Growth of the Soil"

The narrator evidently takes pleasure in the simple life on the land, even when he makes no attempt to conceal the deprivations and the constant setbacks. A touch of Hamsun's "The Growth of the Soil" can be felt throughout the novel, especially in those scenes dealing with man's encounter with nature and where the settlers must endure sacrifices in order to establish a new existence in the exposed and unprotected wilderness.

This is especially the case with one of the two main characters, Gavriel (usually referred to as Gabi in the novel). One day, he finds himself, more by accident than by design, stranded in "Chermesh 3" and immediately feels warmly welcomed by the settler community.

After failing in life as a husband and father, Gabi wants to construct a humble home with his own hands. He lives as a religious settler in a trailer. One day, he decides to set up a freestanding "room" somewhat apart from the settlement in order to watch the stars over the desert at night. 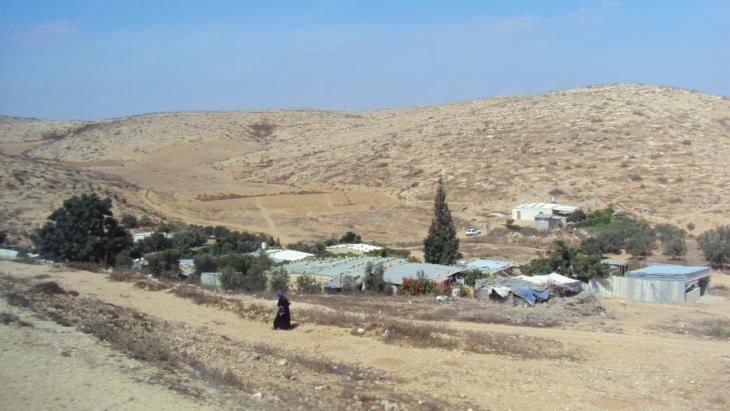 Spotlight on absurd ways of life: "The Hilltop" tells an exciting and gripping tale of events surrounding an unauthorised Israeli settlement on Palestinian territory

The other main character is his brother Roni, who in many respects is the exact opposite of Gabi. Roni seeks refuge in "Chermesh 3" after his failure as an investment banker in New York, where he lost huge sums in a risky stock deal and now has creditors breathing down his neck.

Yet, instead of becoming a born-again-Jew and helping Gabi and the others build up the settlement, Roni attempts to start a large-scale business in olive oil with the Arab farmers who own the adjacent olive groves.

A plethora of brilliantly researched material

Roni seems to be a good-for-nothing and a gambler, yet, over the course of the story, attains insight into his own failure, reconciles with his brother, and regains a foothold into everyday life.

The novel can be read in two very different ways, which, nonetheless, share points of contact. Gavron's novel could be seen on the one hand as being a social-political tale, and on the other as emphasizing the human and moral intentions of its protagonists (the fate of the problematic brothers). Both directions offer the reader a plethora of brilliantly researched material and grippingly told stories.

"Chermesh 3" and its inhabitants is not only just any old place in the Palestinian desert where salvation obsessed outcasts and failed refugees from civilisation strive to make their dream of pioneer life come true. Above all, it is a place where individuals face existential challenges and are desperately reliant on peaceful community cohesion if they don't want to give up their faith in the "good life." As such, the novel offers a highly topical message of political reconciliation.

"The Hilltop" will appear in English in fall 2014.

Asmaa al-Atawna's debut novel "Missing Picture" has been published in German translation (Keine Luft zum Atmen – Mein Weg in die Freiheit). In it, she describes life in Gaza from ... END_OF_DOCUMENT_TOKEN_TO_BE_REPLACED

At the end of every year, the team at Qantara.de gives you a run-down of the ten most-read articles on the site over the past 12 months. Here is a quick overview of the stories ... END_OF_DOCUMENT_TOKEN_TO_BE_REPLACED

Palestinian Christians are an integral part of the Palestinian national movement. This is the conclusion reached by the Chilean-born Palestinian political scientist Xavier Abu Eid ... END_OF_DOCUMENT_TOKEN_TO_BE_REPLACED

Jesus – Issa in Arabic – doesn’t merely enjoy the highest place among the prophets in the Koran. He is also revered in Islam’s mystical tradition for his message of love and mercy ... END_OF_DOCUMENT_TOKEN_TO_BE_REPLACED

With reported hostilities against Israeli journalists and the flag of the Palestinian territories flying on the streets and in the stadiums, it is clear the World Cup in Qatar is ... END_OF_DOCUMENT_TOKEN_TO_BE_REPLACED
Author:
Volker Kaminski
Date:
Mail:
Send via mail

END_OF_DOCUMENT_TOKEN_TO_BE_REPLACED
Social media
and networks
Subscribe to our
newsletter