Skip to main content
"At the Shrine of the Red Sufi"

A Fascination with Divine Ecstasy

Taliban refuge, nuclear weapons, terrorist camps, a sinister secret service, political killings – these will be the key words associated with Pakistan for those who follow media reports. But the Munich-based ethnologist Jürgen Wasim Frembgen presents a totally different view in this brilliant account of his experiences in the country, says Stefan Weidner

​​Frembgen's participation in the pilgrimage to the shrine of the "Red Sufi" Lal Schahbas Qalandar in the small southern Pakistani town of Sehwan provides us with a picture of Islam that is highly unaccustomed to our eyes.

If one wanted to somehow express it with Western imagery, the pilgrimage night be compared to the Rhineland carnival or the anarchistic potential of 1960s "flower power," while being equally imbued with a degree of superstition, asceticism, and spirituality no longer existent anywhere in the West.

At one point, Frembgen describes this annual pilgrimage festival as Dionysian. Yet, it is by no means a show of affluence, as poverty, whether chosen or imposed, is glaringly omnipresent. The excess is rather expressed in terms of the exuberance and apparent erratic nature of the activities.

The dominant spiritual tradition in Sehwan is that of the Qalandaria Sufi order, characterized by the free and unattached nomadic dervishes, and has little in common with the norms of orthodox Islam which have led to so many negative headlines.

In its archaic practices, including ecstatic dancing, the continuous consumption of intoxicants during the festival - hashish in particular - the presence of female dancers or prostitutes, and, occasionally, performances by the so-called hijras, the caste of hermaphrodites, transsexuals, and transvestites, the tradition blurs every guideline set down by religious scholars.

Frembgen, who has immersed himself in the Pakistani Sufi tradition for almost thirty years, is a sensitive and involved observer. His accounts are as far removed from journalism as they are from the sterility of a scholarly or theoretical treatise. Over the course of the book, his ethnographic investigations are thereby transformed into a work of literature.

The author succeeds in transporting his readers into the very heart of the ecstatic maelstrom, allowing them to experience the crush of the crowd, the overpowering smells, the fatigue, the deep emotion, and the confusion usually unavailable to foreigners. 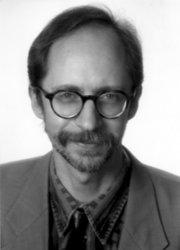 ​​ "The whole of Sehwan seems to vibrate, filled with delirium, excitement, and overflowing emotion – a veritable orgiastic dance of movement, colours, and sounds.

The arena around us pulsates – this is truly not a place for contemplative spirituality, but rather of exuberance that, in part, borders on frenzy. More than a hundred men and women in the courtyard are engaged in an ecstatic dance, while their malangs, their burning hashish pipes, are brandished high in the air as if held in tribute to Qalandar."

The authenticity of Frembgen's account is also highlighted by the fact that he finds nothing too trivial or unimportant to be described. There is the difficulty of falling asleep in the gigantic, improvised open-air camp, how to have a bowel movement in one of the makeshift constructed toilets, the excessive fatigue and elation, and the mortal fear experienced in the crush of a hysterical crowd.

In the process, he juxtaposes the sublime and the repellent, and treats the incomprehensible as a valid experience – Frembgen remains non-judgemental in his involvement. His questions are directed not only at the culture he is observing, but also at his own.

Despite our living in a society in which everything is apparently accessible through the media, a more alien and simultaneously fascinating world is hardly imaginable.

At the end of the book, the reader is blissfully enriched and also somewhat envious of the experiences beyond the ken of everyday understanding which this still relatively unknown German ethnologist and quick-change artist has helped us to approach.

END_OF_DOCUMENT_TOKEN_TO_BE_REPLACED
Social media
and networks
Subscribe to our
newsletter