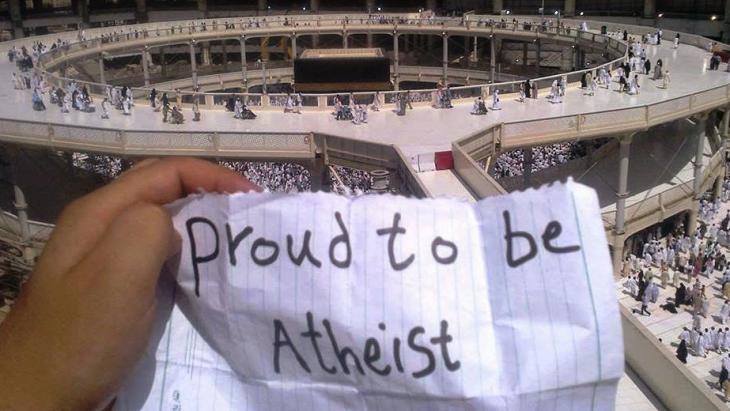 Atheism remains one of the most extreme taboos in Saudi Arabia. It is a red line that no one may cross. Regarded on a par with terrorists, atheists in Saudi Arabia suffer imprisonment, marginalisation, slander, ostracisation and even execution. Efforts at normalisation between those who believe and those who don′t remain bleak. By Hakim Khatib

Despite constant warnings issued by Saudi religious authorities about ″the dangers of atheism″, which is, according to them, ″tantamount to not believing in God″, many citizens in the kingdom are turning their backs on Islam. Among other things, perhaps what is primarily driving Saudis to abandon their religion is the country′s strict and dehumanising codex of Islamic law coupled with easy access to information and mass communication. Unfortunately, those who are open about their atheism find themselves harshly punished or forced to live double lives.

Just recently Saudi Arabia sentenced another atheist to death for uploading a video renouncing Islam.  The man was identified as Ahmad Al-Shamri, in his 20s, from the town of Hafar Al-Batin, a village located in Saudi Arabia′s eastern province. In the video, Al-Shamri renounces Islam and makes disparaging remarks about the prophet Muhammad.

Saudi authorities first picked him up in 2014 after he uploaded a series of videos reflecting his views on social media, which led to him being charged with ″atheism and blasphemy″.

With leaving Islam punishable by death in Saudi Arabia, the country′s Supreme Court, which ruled against Al-Shamri on 25 April 2017, has effectively already pronounced the death sentence. Although court proceedings dealing with blasphemy, atheism or homosexuality may last for months, the sentence is far more likely to be known in advance. 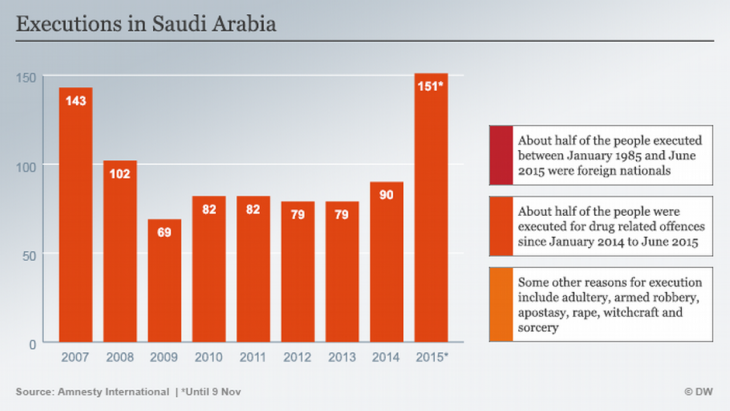 The birthplace of Islam: "we are the country that hosts the two holiest sites for Muslims in Mecca and Medina. We are the country that is based on Islamic principles and so forth. We are a country that is homogeneous in accepting Islam by the entire population. Any calls that challenge Islamic rule or Islamic ideology is considered subversive in Saudi Arabia and would be subversive and could lead to chaos," claims the Saudi ambassador to the UN, Abdallah Al-Mouallimi

Riyadh introduced a series of laws in 2014 criminalising those who spread ″atheist thought″ or question the ″fundamentals of the Islamic religion″. According to Amnesty International Global Report on death sentences and executions, Saudi Arabia has scored 154+ executions, in which the ″death penalty was imposed after proceedings that did not meet international fair trial standards″. In January 2017, an unnamed Yemeni man living in Saudi Arabia was reportedly charged with apostasy and sentenced to 21 years in prison for insulting Islam on his Facebook page.

In November 2016, Indian migrant worker Shankar Ponnam reportedly was sentenced to four months in prison and a fine of 1,195 € for sharing a picture of the Hindu god Shiva sitting atop the Kaaba on Facebook.

In November 2015, Palestinian poet and artist Ashraf Fayadh was sentenced to death for apostasy for allegedly questioning religion and spreading atheist thought in his poetry. His sentence was reduced to eight years in prison and 800 lashes to be administered on 16 occasions.

In 2014, Raif Badawi was also convicted of blasphemy for creating a website dedicated to fostering debate on religion and politics. He was sentenced to 10 years in prison and 1000 lashes.

In 2012, the journalist Hamza Kashgari was accused of blasphemy after he posted a string of tweets. He was captured in Malaysia and brought back to the kingdom. No further information about his case has surfaced since.

In 2014, Saudi Arabia introduced a series of new laws in the form of royal decrees, which define atheists as terrorists. The new royal provisions define terrorism as ″calling for atheist thought in any form, or calling into question the fundamentals of the Islamic religion on which Saudi Arabia is based″.

Conflating atheism and terrorism has become official in Saudi Arabia, by which non-believers who commit ″thought crimes″ are the same as violent terrorists. 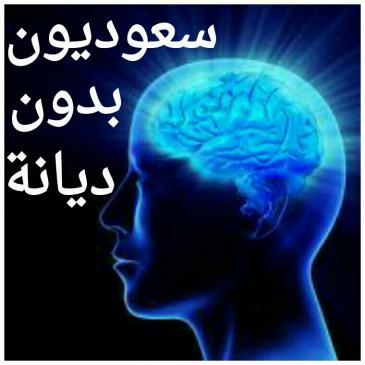 Offering a platform: "Saudi atheists can turn to a number of Internet sites, such as ′Saudis without religion′, ′Spreading atheism in Saudi′ and ′Saudi secular′; all of which indicate that, despite the restrictions, there is a certain level of 'atheist' activity. On Twitter, the most widely used site in Saudi Arabia, over 20,000 Saudis have reacted to topics relating to the spread of atheism in Saudi Arabia," writes Khatib

Article 4 of the kingdom′s laws on terrorism states: ″Anyone who aids [′terrorist′] organisations, groups, currents [of thought], associations, or parties, or demonstrates affiliation with them, or sympathy with them, or promotes them, or holds meetings under their umbrella, either inside or outside the kingdom; this includes participation in audio, written, or visual media; social media in its audio, written, or visual forms; internet websites; or circulating their contents in any form, or using slogans of these groups and currents [of thought], or any symbols which point to support or sympathy with them.″

In a programme named ″UpFront″ on Al Jazeera America, Saudi Ambassador to the UN, Abdallah Al-Mouallimi explains why advocating atheism in Saudi Arabia is considered a terrorist offence.

Al-Mouallimi says that atheists are deemed terrorists in his country because in Saudi Arabia, ″we are a unique country.″

″If he [an atheist] was disbelieving in God, and keeping that to himself, and conducting himself, nobody would do anything or say anything about it. If he is going out in the public, and saying, ′I don′t believe in God′, that′s subversive. He is inviting others to retaliate, ″ Al-Mouallimi elaborates.

The president of the Centre for Middle East Studies in Riyadh, Anwar Al-Ashqi, does not see the authorities′ adoption of these laws as a suppression of freedoms. While he believes that atheism as an independent thought is positive, it may become negative and require legal accountability if it aims to transform the traditional nature of the Saudi society, triggering communal strife and challenging the established religion. The state in this case, according to him, ″has the right to outlaw this type of atheism and declare it an aspect of terrorism.″

Similar to other Gulf States, Saudi Arabia perceives atheism as a threat that needs to be eliminated. There have therefore been several conferences, trainings and workshops in recent years aimed at ″immunising society, especially the youth, against atheist ideas″. Saudi Arabia has established the Yaqeen Centre at The Al-Madina University Department of the Study of Faith and Religions. Yaqeen Centre, which means ″certainty″, specialises in combatting atheistic and non-religious tendencies. The centre′s vision is ″to achieve leadership in countering atheism and non-religiosity locally and globally″. What this centre actually does remains unclear.

In October 2016, the Saudi Ministry of Education launched a government programme called ″Immunity″ in schools to ″inoculate″ children against Westernisation, atheism, liberalism and secularism.

Atheists in the Kingdom?

In 2012, a poll by WIN-Gallup International (Global Index of Religiosity and Atheism) found that almost a quarter of people interviewed in Saudi Arabia described themselves as ″not religious″ and of those 5 to 9% declared themselves to be convinced atheists. Extrapolating that figure on a national scale suggests there are about 1.4 million atheists living in Saudi Arabia. This of course excludes all work migrants from different parts of the world, who might already be non-believers.

Of all Arabic-speaking countries, even those known for their secular leanings such as Tunisia and Lebanon, the percentage of people who believe they are ″convinced atheists″ is the highest in Saudi Arabia.

However, these figures contradict the ones released by the Egyptian Fatwa observatory of Dar al-Iftaa Al-Missriyyah in 2014, in which only 174 atheists are thought to be living in Saudi Arabia. It remains a mystery how this number could be so accurate.

Scientifically speaking, there are no official figures about the number of atheists in Saudi Arabia because it is very difficult to conduct a research about such a sensitive topic. However, there are several pages for atheists sweeping the Internet such as ″Saudis without religion″, ″Spreading atheism in Saudi″, and ″Saudi secular″, which indicate that there are some ″atheist″ activities despite all restrictions. It is difficult to determine whether these pages operate from within the kingdom or from outside.

On Twitter, the most widely used site in Saudi Arabia, over 20,000 Saudis reacted to topics related to the spread of atheism in Saudi Arabia. Voices advocating the rights of atheists appeared only very rarely compared to the ones affirming demanding persecution of atheists in the kingdom.

It must be noted that most accounts in Saudi Arabia hide behind fake names to avoid prosecution. A Saudi young man, 28, has been sentenced to 10 years in prison, 2,000 lashes and €4.780 fine after being convicted of publishing more than 600 atheist tweets.

Many Saudis say the presence of atheists in Saudi Arabia is like any other country, but their number in the kingdom is negligible compared to millions of Saudis who are adherents of Islam as a religion and as a law applied by their state in the finest details of life.

Like Christianity, Europe's history is one of migration. Both have strong roots in the Orient and in cultures thousands of years old. Cultural historian Bernhard Braun invites us ... END_OF_DOCUMENT_TOKEN_TO_BE_REPLACED

Russia is leaving no stone unturned in its attempts to make the Islamic Republic an ally in the war against Ukraine. Fortunately for Vladimir Putin, the mullahs in Tehran are ... END_OF_DOCUMENT_TOKEN_TO_BE_REPLACED 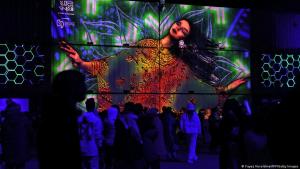 Wild parties and a freewheeling sex life are part of everyday life in many places in the world today. Saudi Arabia is not one of them. Discreetly, however, those who want to hook ... END_OF_DOCUMENT_TOKEN_TO_BE_REPLACED

No country in the Islamic world is influenced as strongly by the traditions of Sufi culture as Pakistan. Yet the Sufis there have been under attack from Islamic hardliners for ... END_OF_DOCUMENT_TOKEN_TO_BE_REPLACED

Comments for this article: God's own country

Being a convinced atheist? That sounds like a religion too! We muslim are learned to respect other religions, we even may not discuss it. Follow the example of the last Profet, Nabi Mohammad saw, He brought us Al Qu'ran and His words where written down in the Hadiets. The shahadat does not exist only of the words LAILLAHA ILALLOH...

There is no legitimate active atheism in Saudi Arabia. It’s all western-based propaganda. The study that said 5% of Saudis are atheists is the same that said Malaysian atheists are 0%. Cannot trust this survey at all.

END_OF_DOCUMENT_TOKEN_TO_BE_REPLACED
Social media
and networks
Subscribe to our
newsletter