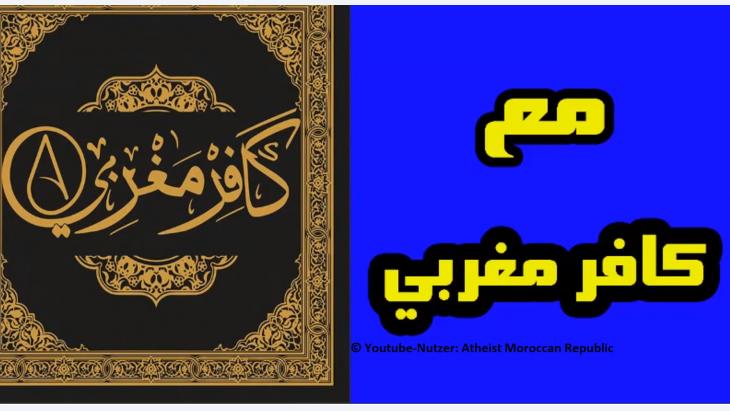 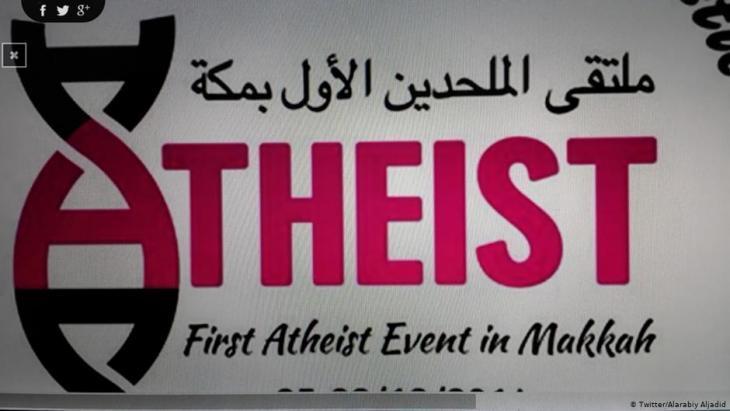 Wake Up!’s owner goes on to explain that what contributed to him repudiating Islam were "immoral issues such as taking concubines, stoning, killing apostates, child marriage and the like." He emphasises that it was not easy and he suffered terrible internal turmoil before he listened to his "own humanity". It was then that he began "his journey of doubt".

"Deal with my arguments!"

The aim of his channel, whose six videos have attracted 1.7 million viewers, is "to educate the ordinary Muslim about the truth of his own religion and to get him to reconsider it, and not to take it too seriously." He justifies his refusal to identify himself by saying that "it has no bearing on the credibility of the content of the videos", as long as each video is backed by sources and references. Moreover, merely showing his face "could lead to reprisals" and endanger his life.

Wake Up!’s owner is convinced that the Internet will continue to play a major role in spreading atheism across the region: "the weapon of religious authorities used to be repression, book burning and suppressing anything which might undermine public faith. With the advent of the Internet, information has become readily available and anyone can express an opinion freely". Nevertheless, he goes on to say that such soul-searching does not necessarily result in atheism per se; it is also possible that some might turn to deism or another religion. 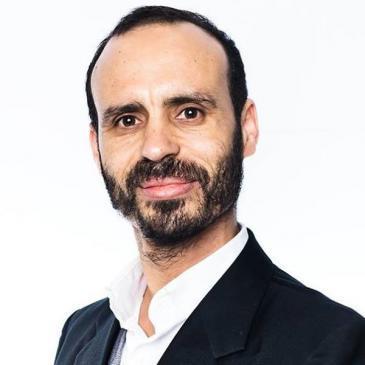 But with the establishment of social networks, a large number of young Arabs now have the opportunity to speak publicly about their own turning away from faith and to criticise religion. This applies in particular to Islam, to which many of these young people previously belonged.

Not long ago, a Moroccan blogger Said Benjebli surprised his followers by announcing that he was disavowing his Muslim faith in a live broadcast on Facebook. Previously considered to be something of an Islamist, he has since emigrated to the United States.

He rejects the label of atheist for a number of reasons, one of which is that "atheism means many things", as he explains to Qantara.

At the same time, he asserts that he is not a deist (a deist believes in the existence of the Creator intellectually, but not through religious dogma). Or as Benjebli says, a deist "refuses to accept the existence of something or otherwise without evidence."

Benjebli says that social networks are the only way to spread his views, arguing that traditional media does not afford an opportunity to address public opinion if the rhetoric is "shocking and at odds with religious and social taboos."

He goes on to explain: "I criticise the fundamentals of religion and the principles of the patriarchy. Most of the media will not profit from giving me a chance to appear on their platforms, because this will anger more than merely their conservative audiences." He adds that the traditional media may only deal with him years from now if his "ideas become part of mainstream thinking in society".

Is atheism growing with the Internet?

The idea that the Internet would lead to a decline of Islam is not confirmed by a study published by the PEW Research Center in 2015, however. In its examination of the future of religions in the period between 2010 - 2050, the study predicted that Muslims will increase by 73% as a result of the young age profile and high growth rate of their communities. This will bring the number of Muslims to 2.8 billion or 30% of the world’s population i.e. in touching distance of the 2.9 billion Christians who make up 31% of the total.

According to the same study, there are 1.1 billion atheists, uncommitted and agnostics across the world (as of 2010). This number will exceed 1.2 billion by 2050, although there will be a decline from 16% to 13% relative to the global population.

In addition, as the pages on social networking sites expand their call for atheism, the pages of the shaykhs and preachers still boast a huge number of followers. In fact, many of these preachers are finding new ways to communicate with the public. Some of them have even modernised their rhetoric, allowing them to reach new followers among the younger generation.

A passing fad, says one academic

Whilst the role of the Internet in the propagation of atheism in the region is clear, "it is unhelpful to dismiss all other factors", affirms Montasser Hamadeh, a researcher of religion. In interview Hamadeh describes religion as one factor behind the spread of atheism, especially as regards "the negative counter-reaction to aspects of traditional religious rhetoric, notably towards the stricter elements of it".

He points out that a certain Gulf country has the highest rate of atheism in the whole region, despite the challenge in determining the actual number of atheists and in getting a clear picture of the phenomenon.

And that is not to forget the political aspect, says Hamadeh. It "flows directly from what happened in the Arab Spring, the events of which provided an opportunity for many religious and cultural phenomena which had been previously hidden from view, to rise to the surface."

For all that, Hamadeh does not see any significant atheistic manifestations in the region at present. According to him, if there are any surviving instances of "cognitive or cultural atheism", they may be a "passing societal phenomenon, reminiscent of similar fads in the 1960s and 1970s."

Modest growth in the west

Hamadeh gives the example of the "Forward" movement (Ila al-Amam) which was active in Morocco at that time. It turned out decades later that "there is no future for such rhetoric in the region because of psychological, cultural and political considerations, and also because the region is generally conservative in terms of religion."

Hamadeh offers a further explanation: "It is true that some digital sites and online pages (which promote atheist thinking) are quite popular, but they do not reflect the true extent of atheism. This is because of the cultural circumstances in general, and within that, issues of religion and identity in the Arab world that do not allow for any significant growth in atheistic rhetoric. Indeed, the growth is modest even in Western countries, especially in Europe."

The fact is that the Internet will remain, at least in the short term, a haven for Arabs who wish to explore the depths of atheism. While "American Conservatism: an Encyclopaedia" celebrates a decline in the number of visitors to websites promoting atheism and a drop in Google searches for the word "atheism" between 2004 and 2019, Google Analytics reveals a general rise in the number of searches for the word in Arabic during the same period.

Mauritania, Morocco and Syria top this list, in that order, while Lebanon and the UAE are in the top 20 of countries where searches are conducted for the word in English.

Home
Print
Newsletter
More on this topic
Atheism in the Arab World: The dictators' scourge: Of 'heresy' and humanistsAtheism in Saudi Arabia: God's own countryIslam in the Middle East: The curse of religiosity
Related Topics
Arab world, Atheism, Converts | religious conversion, Criticism of Islam, Free speech and censorship, Freedom of religion, Human rights, Places of Dialogue
All Topics

As Pride Month draws to a close, Richard Marcus delves into Saqi Books’ latest publication, "This Arab is Queer". Edited by Elias Jahshan, this anthology of essays is remarkable ... END_OF_DOCUMENT_TOKEN_TO_BE_REPLACED

Algeria's decision to unilaterally sever diplomatic ties with Morocco in August 2021 – days after the presidency announced in a statement their relations would be reviewed – was ... END_OF_DOCUMENT_TOKEN_TO_BE_REPLACED

Madrid's about-face on the Western Sahara conflict has enraged Algeria. Trade relations have been frozen unilaterally and a cut in gas supplies to Europe could be in the pipeline ... END_OF_DOCUMENT_TOKEN_TO_BE_REPLACED

With regard to gender justice, things look bleak in the Arab world. Laws typically discriminate against women, while national legislation all too often does not comply with the ... END_OF_DOCUMENT_TOKEN_TO_BE_REPLACED

This year’s Morgenland Festival opened with the premiere of Kinan Azmeh’s musical theatre piece, “Songs for Days to Come”, based on fifteen poems by contemporary Syrian poets. ... END_OF_DOCUMENT_TOKEN_TO_BE_REPLACED

A ceasefire has been in effect in Libya for the past year and a half. Yet after Russia's attack on Ukraine, another proxy war looms in Africa's most oil-rich country. Mirco ... END_OF_DOCUMENT_TOKEN_TO_BE_REPLACED
Author:
Ismail Azzam
Date:
Mail:
Send via mail

END_OF_DOCUMENT_TOKEN_TO_BE_REPLACED
Social media
and networks
Subscribe to our
newsletter