In 2014, researching my book Arabs Without God, I tried to find out why some Arabs turn to atheism. No one I spoke to mentioned terrorism as a major factor. Those who abandoned Islam did so because they rejected basic tenets of the faith, mainly as taught to them in schools and by government-approved clerics.

In interviews, they mostly described a gradual progression away from religion, sometimes spread over years; there was no sudden “road to Damascus” moment of conversion to atheism. Typically, it began with a niggling question about some aspect of religious teaching that struck them as illogical and often they had hoped to resolve these discrepancies to have a better understanding of their faith.

The issue most often cited by Arabs as their first step on the road to disbelief was the apparent unfairness of divine justice. The picture they had acquired was of an irascible and sometimes irrational deity who behaves in much the same way as an Arab dictator or an old-fashioned family patriarch – an anthropomorphic figure who makes arbitrary decisions and seems eager to punish people at the slightest opportunity. Dire warnings, constantly repeated in the Koran, of what would happen to non-believers had clearly made a strong impression on them in childhood. 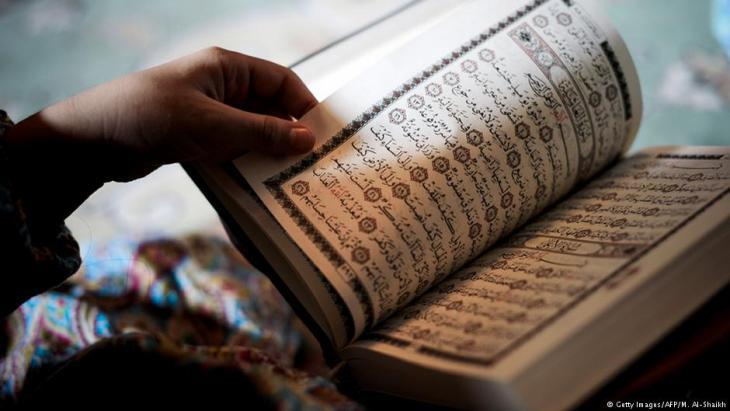 Rejection of a punitive and authoritarian God: ″prior to turning away from their faith, the picture many atheists had acquired was of an irascible and sometimes irrational deity who behaves in much the same way as an Arab dictator or an old-fashioned family patriarch – an anthropomorphic figure who makes arbitrary decisions and seems eager to punish people at the slightest opportunity. Dire warnings, constantly repeated in the Koran, of what would happen to non-believers had clearly made a strong impression on them in childhood,″ writes Whitaker

Given the way Islam is often invoked to justify gender inequality – the discriminatory inheritance rules, for example and subordination under the guise of female “modesty” – it might be argued that women in the Middle East have more reasons than men for abandoning religion. Some certainly do rebel and leave, but social conditions created by the patriarchal system make it difficult for others even to contemplate doing so. For vast numbers of Arab women, choosing between belief and non-belief is not a realistic option.

One striking difference between Arab non-believers and those in the West is that scientific arguments about evolution and the origins of the universe, a major part of Western atheist discourse, play only a minor role in Arabs’ drift away from religion – at least in the earlier stages. Generally, their initial questioning is not so much about the possibility (or otherwise) of God’s existence as about whether God could exist in the form described by organised religions.

Residual vague belief in a deity 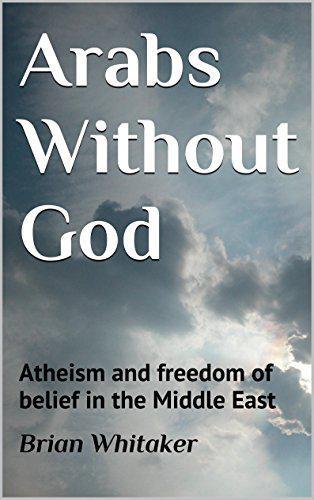 British journalist Brian Whitaker attempted in his book Arabs Without God to find out why some Arabs turn to atheism. No one he spoke to mentioned terrorism as a major factor. According to Whitaker, those who abandoned Islam did so because they rejected basic tenets of the faith, mainly as taught to them in schools and by government-approved clerics

A few, while rejecting the God of Islam, maintain a vague belief in a deity or express a yearning for “spirituality”. In different circumstances, some might have explored other belief systems or “New Age” religion but the opportunities are severely restricted in the Middle East.

Most Muslim countries tolerate Christianity and Judaism up to a point, referring to them as the “heavenly” religions, but others are not usually recognised or allowed – though they may be practised surreptitiously. In Kuwait, there are yoga classes and “healing centres” run by Buddhists but they don’t advertise their religious connections.

Some Muslims also make a tactical decision not to break with religion completely, presenting themselves as secularists, “progressive” Muslims or Muslim “reformers”.

They feel that more can be achieved by challenging oppressive religious practices than by questioning the existence of God, since they are unlikely to be listened to if they are known to be atheists.

While there’s little doubt that an Islamic reformation would benefit the Middle East socially and politically, atheists cannot advocate this without sacrificing their principles.

Progressive versions of Islam generally view the Koran in its historical context, arguing that rules which applied in the time of the Prophet can be reinterpreted today in the light of changing circumstances – but that involves accepting the Koran as the supreme scriptural authority.

Alaa Abd el-Fattah, arguably Egypt’s most prominent democracy activist, has just been handed another lengthy prison sentence. Despite this, a book of his writing has recently been ... END_OF_DOCUMENT_TOKEN_TO_BE_REPLACED

People in Arab countries have been talking more openly about sex and sexuality for some time now, especially on social media. And for the first time ever, they have the vocabulary ... END_OF_DOCUMENT_TOKEN_TO_BE_REPLACED

A prominent rights group in Egypt, the Arabic Network for Human Rights, is ending operations just as the country braces for a controversial NGO law. Is this the beginning of the ... END_OF_DOCUMENT_TOKEN_TO_BE_REPLACED

Moncef Marzouki was Tunisia's first democratically elected president after the fall of dictator Ben Ali. Today he is the most prominent critic of increasingly counter- ... END_OF_DOCUMENT_TOKEN_TO_BE_REPLACED

Asef Bayat, professor of Sociology at the University of Illinois, Urbana-Champaign, has been studying revolutions and how they affect people since 1979. In his recent book, " ... END_OF_DOCUMENT_TOKEN_TO_BE_REPLACED

Every year in December, the team at Qantara.de takes a look back at the articles that proved most popular with our readers. This year is no different. Here is a run-down of the ... END_OF_DOCUMENT_TOKEN_TO_BE_REPLACED
Author:
Brian Whitaker
Date:
Mail:
Send via mail

END_OF_DOCUMENT_TOKEN_TO_BE_REPLACED
Social media
and networks
Subscribe to our
newsletter