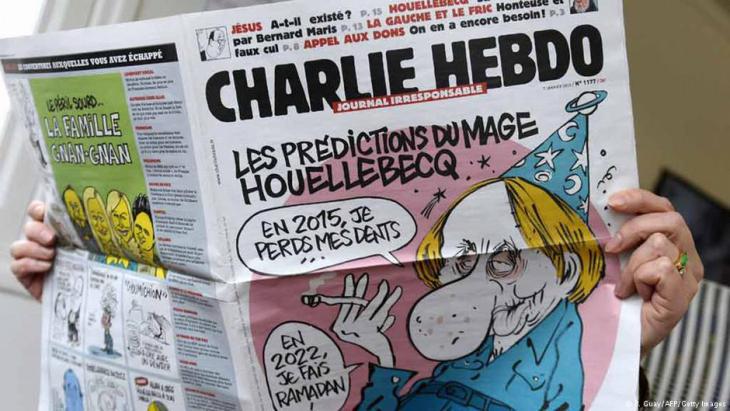 Do not be deceived!

The Paris attack will add even more heat to the debate about Islam and refugees. But, writes Christoph Hasselbach, neither freedom nor tolerance are negotiable. By the same token, there is no reason to hold all Muslims under suspicion or to doubt the model of a peaceful coexistence

The attack was not altogether unexpected. In 2006, the satirical magazine "Charlie Hebdo" reprinted the Muhammad cartoons from the Danish newspaper "Jyllands Posten" that caused outrage among Muslims the world over. The publication of these caricatures was followed by numerous attacks in Islamic countries against Danish and other Western representatives. In 2011, an arson attack was carried out on the editorial offices of "Charlie Hebdo" in Paris.

But that didn't stop the magazine continuing to publish satirical representations of Muhammad and Islam, including a special "Sharia" issue, under "Editor-in-chief Muhammad". And it is hardly a coincidence that the front page of the most recent issue features a picture of Michel Houellebecq, the French writer who has just published Soumission (Submission), his highly controversial novel about a France governed by a Muslim president.

No special treatment for Muslims

Is a newspaper allowed to make fun of a religion and its holy figures? Of course it is, within the laws of the land. "Charlie Hebdo" has also repeatedly aimed its barbs at the pope, even winning a legal battle about doing so against a Catholic organisation. Catholics may get incredibly upset about disrespectful satirical material on the pope, but they accept it. Even a government cannot interfere in these matters.

In 2006, during the Muhammad cartoon controversy, the then Danish Prime Minister Anders Fogh Rasmussen was right to reject legislative measures against such "blasphemous depictions", as Muslims worldwide had called them. A free, democratic society has to withstand such things, and a state must expect such toleration from all its citizens. There can be no special treatment for Muslims. 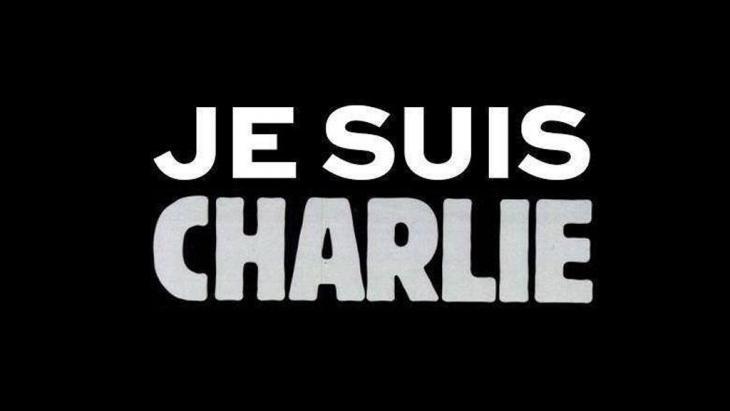 "Je Suis Charlie": following the attack on the satirical magazine "Charlie Hebdo", the journalists' unions of 15 large media companies in France published a unique expression of solidarity. "We are all Charlie", declared journalists from organisations including "Le Monde", Radio France and Agence France-Presse. They condemned the "terrorist act" against the satirical magazine, where 12 people were killed and eight injured, some critically, on Wednesday, 7 January 2015

Following such a devastating attack, it is tempting to urge restraint: "Islam satirists: don't go overboard; please just be quiet now. We don't want a religious war." But that was exactly what the attackers wanted: a voluntary constriction of freedom. We cannot permit this kind of blackmailing to work. Even so, it chokes one to think of the consequences of the attack. The tensions in France – already considerable – will only increase further.

The country has a high percentage of Muslims. Many of them are unemployed, living on the margins of society. The police no longer dare to enter some ghettos. On the other side, the far-right Front National is inciting hatred against foreigners and against Muslims in particular. It became the strongest party in last year's European elections. Its voters will now feel vindicated. Bad feeling towards Islam will grow, as will the rage among Muslims – a vicious circle.

And the consequences will not be limited to France. In recent years, support for xenophobic parties has grown in practically every country of the EU. Now they will say: "See? The Muslims just don't belong here. They can't be integrated." The action of a tiny minority within a minority then quickly comes to stand for a whole religion and all its followers. In Germany too, the "Pegida" movement may well see this as further proof that the West is threatened by supposed Islamisation.

We cannot deceive ourselves here: living together is not going to get any easier. This is why it is all the more important to remain level-headed. Yes, this is an horrific attack on our freedom, which can never be justified. We will not let anyone take this freedom from us. But nor must we let anyone take away our tolerance. There is no reason to put all Muslims under general suspicion or to doubt the model of a peaceful coexistence.

Using a graphic novel to address a contentious issue like the Algerian war of independence may seem an odd choice, but new release "Algeriennes", translated into English by Ivanka ... END_OF_DOCUMENT_TOKEN_TO_BE_REPLACED

Although a unity government was formed in Libya in March 2021, tensions and possible crises between the political actors are already emerging. What problems does the country face ... END_OF_DOCUMENT_TOKEN_TO_BE_REPLACED

India hits record numbers of COVID-19 infections worldwide for the sixth day running, as health systems buckle under the pressure, and shortages of medical oxygen and hospital ... END_OF_DOCUMENT_TOKEN_TO_BE_REPLACED

On 7 March, Switzerland became the latest European country to vote in favour of a so-called "burka" ban. It was yet another feather in the cap of the right-wing populist Swiss ... END_OF_DOCUMENT_TOKEN_TO_BE_REPLACED

German Middle East analyst Guido Steinberg and television journalist Ulrich Tilgner have both published new books on the conflicts in the Middle East. Their analyses and their ... END_OF_DOCUMENT_TOKEN_TO_BE_REPLACED

In Grenoble, France, two professors have been pilloried in a dispute over the use – or otherwise – of the term Islamophobia. Is freedom of speech in jeopardy? By Stefan Dege and ... END_OF_DOCUMENT_TOKEN_TO_BE_REPLACED
Author:
Christoph Hasselbach
Date:
Mail:
Send via mail

END_OF_DOCUMENT_TOKEN_TO_BE_REPLACED
Social media
and networks
Subscribe to our
newsletter