Attacks on synagogues in Germany

The attempted attack on a synagogue in Halle is not the first in recent years. Even after the horrors of the Nazi era, anti-Semitic incidents occur in Germany — on individuals, memorials and Jewish places of worship. By Bettina Baumann 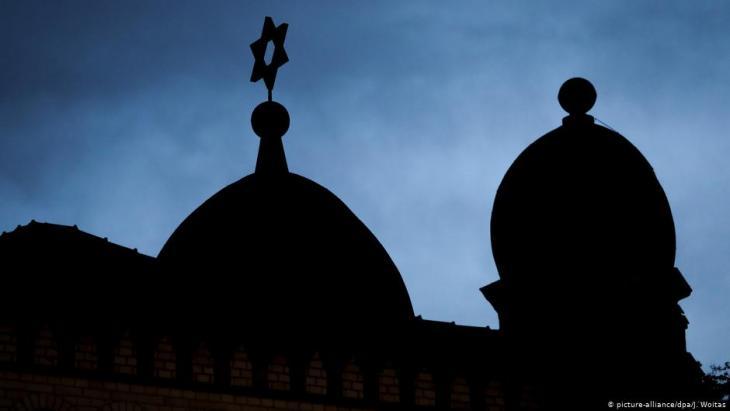 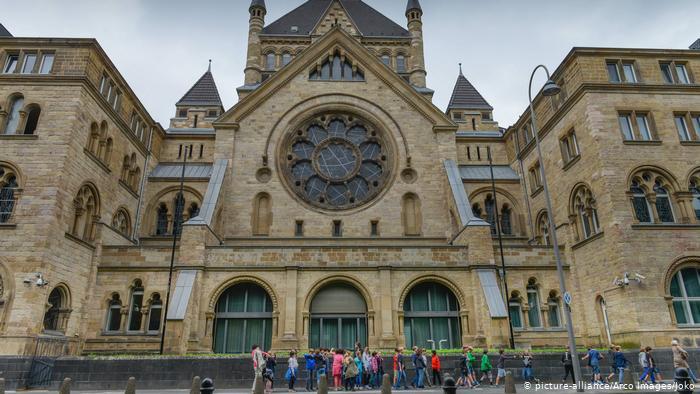 Swastikas and hate speech: in December 1959, two members of the Deutsche Reichspartei (DRP) right-wing extremist party painted swastikas and the words "Germans demand: Jews out" on the synagogue in Cologne. Anti-Semitic graffiti emerged across the country. The perpetrators were convicted, and the Bundestag passed a law against "incitement of the people", which remains on the statute books to this day 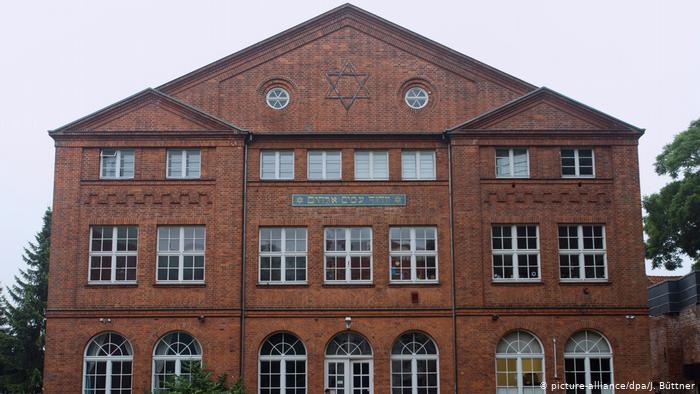 First arson attack on a temple in decades: people across the world were horrified by the March 1994 attack on the synagogue in the northern city of Lubeck. For the first time in decades, a synagogue in Germany burned. Four right-wing extremists were eventually convicted of arson. The day after the fire, 4,000 locals took to the streets under the slogan "Lubeck holds its breath". In 1995, the same synagogue was hit by another arson attack 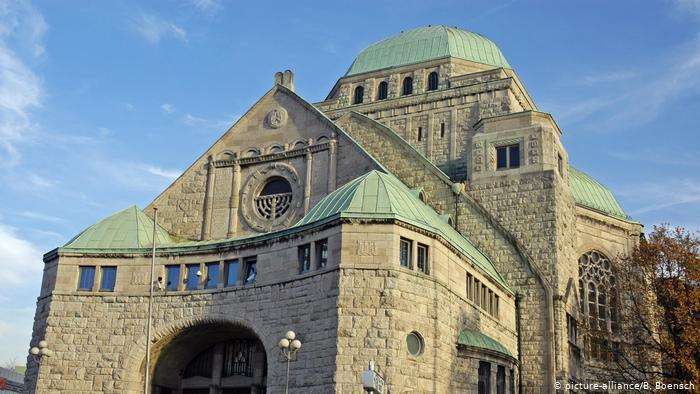 Stones hurled into the Old Synagogue: armed with paving stones, more than 100 Palestinians from Lebanon attacked the Old Synagogue in Essen in October 2000. The incident occurred after a demonstration against "violence in the Middle East". A police officer was injured. Mahmud Alaeddin, deputy head of the general delegation of Palestine in Germany, distanced himself from the attack 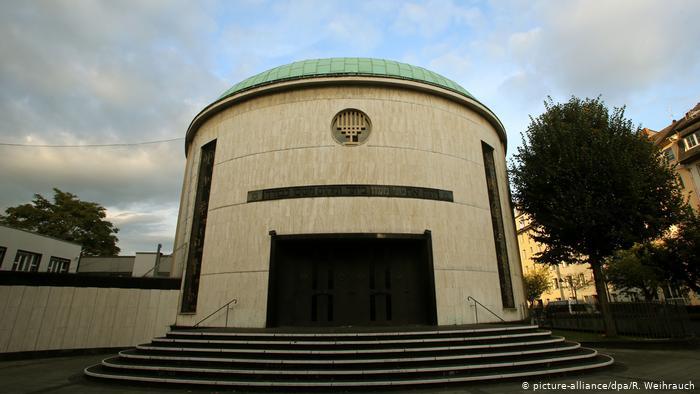 Arson and stones: a 19-year-old Palestinian and a 20-year-old Moroccan damaged Düsseldorf's New Synagogue with incendiary devices and rocks in October 2000 as "revenge" against Jews and the state of Israel. "We need the respectable people to rebel" against anti-Semitism, then-German Chancellor Gerhard Schroder demanded. The federal and state governments and various NGOs launched campaigns to counter extremism 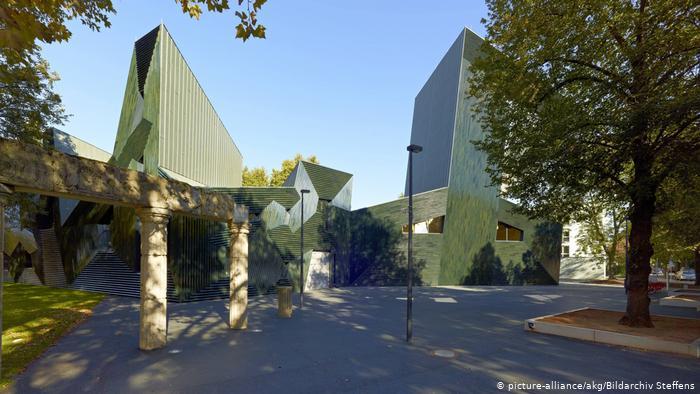 Molotov cocktail attack shortly after inauguration: shortly after being inaugurated in September 2010, an arson attack hit the New Synagogue in Mainz during the night of 30 October. The spectacular Deconstructivist building by architect Manuel Herz was erected on the site of the former main synagogue that was set on fire during Kristallnacht in 1938 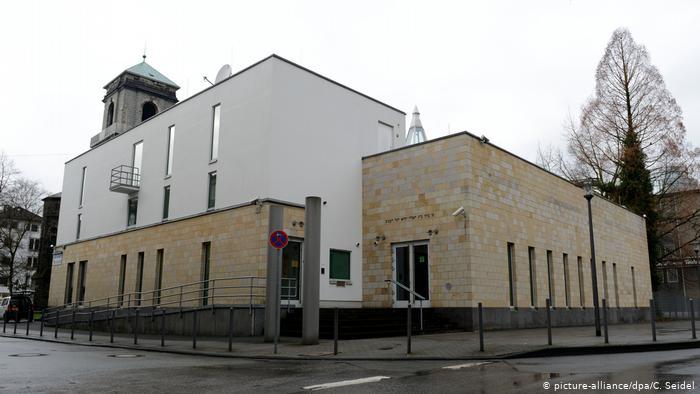 Incendiary devices: in July 2014, three young Palestinians hurled incendiary devices at the front door of the synagogue in Wuppertal. In a highly controversial decision, the court ruled there was "no evidence whatsoever" of anti-Semitic motives. Jews in Germany and the foreign media were outraged. The chairman of the Jewish Community Wuppertal declared the ruling as "an invitation to further crimes" 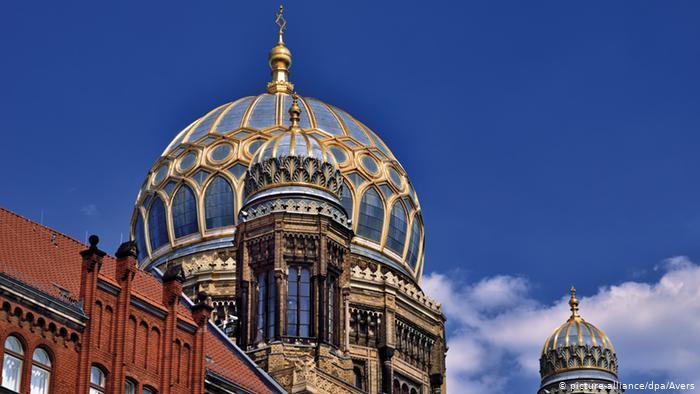 Knife-wielding attacker: a man wielding a knife climbed over a barrier at Berlin's New Synagogue on the eve of Shabbat on 4 October 2019, during the holy period between the holidays of Rosh Hashanah and Yom Kippur. Security personnel overwhelmed the attacker, whose motive remained unclear. Police released him afterwards, a decision Jewish leaders called "a failure" of justice 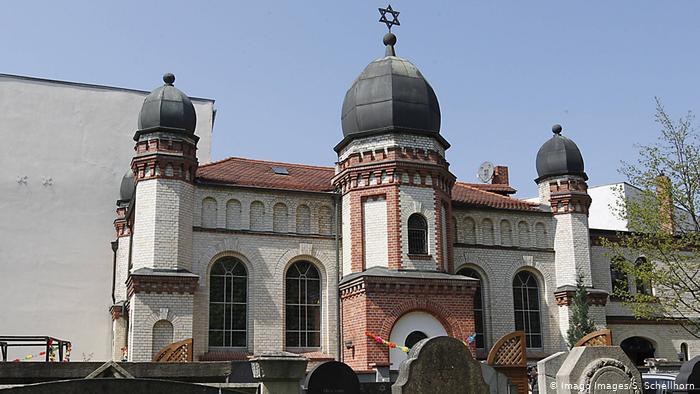 Shooter on Yom Kippur: about 80 people were in the synagogue on the afternoon of Wednesday 9 October to observe Yom Kippur, the Jewish calendar's holiest day. The alleged attacker reportedly attempted to shoot his way into the synagogue, but was prevented by a safety door. Two passersby were shot to death and two were injured. The suspect, who has a history of right-wing extremist, anti-Semitic, and misogynist rhetoric, was detained