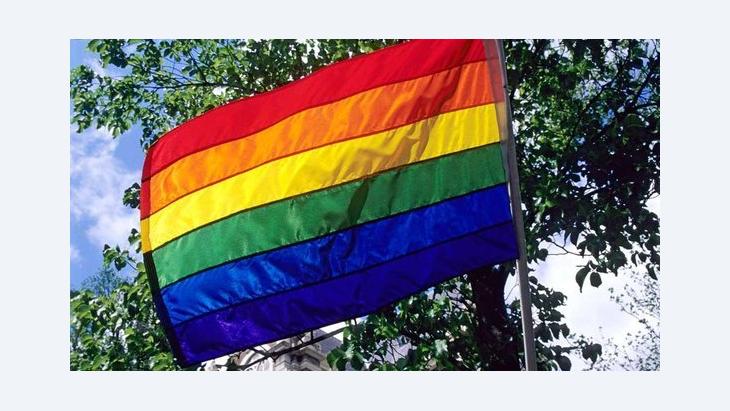 Attitudes to Sexuality among Muslim Students in Germany

Homophobia is widespread in German schools, studies show. Religion and traditional values continue to play a role in young people's views of gender preference, while dialogue may improve the situation. Sabine Ripperger reports

"Are you gay, or what?" is an oft-heard question at German schools, as some German youths try to gauge their peers. But how it's asked makes it clear that homosexuality is still not completely accepted in all societal groups. Homophobia continues to be a problem – especially among Muslims, as studies show.

Between 2007 and 2011, several studies were conducted regarding youth and homosexuality. In a 2007 comparative study, financed by the Ministry for Families and conducted under a project of the Lesbian and Gay Association of Germany, Kiel sociologist Bernd Simon questioned 922 Berlin youths aged 14 to 21 about their attitudes toward homosexuality.

Jörg Steinert, director of the Lesbian and Gay Association of Berlin-Brandenburg, described the results. "Homophobic attitudes are widespread, although at different intensities," Steinert said. Among male youths who are descended from immigrants, 47.7 percent agreed to the statement "I find it offensive if two gay men kiss on the street." Among those with a Russian background, that figure was 75.8 percent, while youth with parents of Turkish origin agreed at a rate of 78.9 percent. 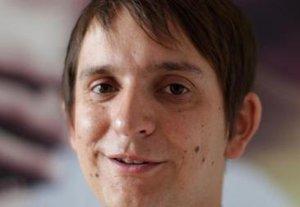 In terms of the connection between religion and homophobia, homophobia is strongest among religious youth with Turkish roots, says Jörg Steinert. "But this connection can also be seen among youths with Russian and Polish roots," he adds

​​Female students expressed less homophobia, although it was still relatively high among young women of Russian or Turkish heritage.

A further result of Simon's study showed that the more a youth accepted traditional images of masculinity, the greater their rejection of homosexuality. And further: if youths feel discriminated against themselves, they will become more homophobic.

However, the more contact youths have with gays and lesbians, the weaker their homophobic attitudes become.

In terms of the connection between religion and homophobia, the study showed that homophobia is strongest among religious youth with Turkish roots. "The connection can also be seen among youths with Russian and Polish roots," Steinert added.

Among youth without an immigrant background, the connection between Christian faith and homophobia was present, but less pronounced.

In Germany, young people are educated in a secondary school system with three different academic levels, and some assume this also plays a role in homophobia. But Steinert said that isn't the case. "If one looks at the different forms of schooling, it becomes obvious that a formally better education doesn't have any sweeping effect on the acceptance of core values."

Religious educator Rabeya Müller, who converted to Islam more than 30 years ago, isn't surprised by the results, especially when it comes to gay men kissing on the street.

"Basically, in Islamic thinking, intimate kinds of affection are kept within the intimate sphere, and are not displayed in public," said Müller, who is the deputy director of the Center for Islamic Women's Studies and a board member of the Liberal-Islamic Association. 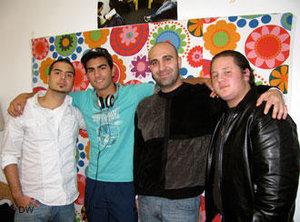 For more tolerance and against patriarchy: Ahmad Mansour (second from right) and activists from the "Hero" project in Berlin

​​However, Müller also agrees with the view that every person retains the right to express their love and affection.

The Lesbian and Gay Association of Berlin-Brandenburg offers help, including for young Muslims. Ulrich Kessler, the association's director, said a broad spectrum comes in search of advice.

"Gay youths come in with their mothers, who want to know, 'what's wrong with my child?' – they want to know what can be done to 'cure' this 'illness,'" Kessler said.

"Forced marriage is not a phenomenon that affects only women," Kessler added – parents are even trying to force young men to marry women.

Ahmad Mansour, a psychologist who is active with the "Heroes" youth equality project in Berlin, names one reason why Muslim men must get married by age 30: so-called collectivist society, which has clear rules that must be followed.

"The individualism of Western cultures, in which men around age 18 or 20 seek their own life and their own identity, just doesn't exist in collectivist societies," Mansour said.

In conservative circles, according to Mansour, young Muslims may not even use the word "sex." Rather, they talk about "physical relations" or "body discovery". The psychologist added that oftentimes, it's not really an issue whether or not a woman is a virgin, but rather, whether or not people around her know it.

"It's a disaster if people know a person is not a virgin," Mansour said. "And it's the same thing with gays and lesbians."

Müller speaks of an orthodox-conservative traditional mainstream within German Islamic society, which communicates the impression that only one single interpretation of the Koran is correct.

The umbrella organization the Turkish-Islamic Union of the Institute for Religion has the largest number of members of such organizations of its type in Germany. Bekir Alboga, who works for the group, differentiates between behaviour Islam forbids, that which is recommended and that which is allowed. 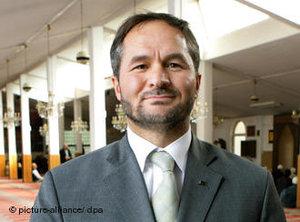 German law trumps religious tradtions: Bekir Alboga of the Turkish-Islamic Union of the Institute for Religion

​​From a religious perspective, homosexuality is forbidden. "But in any case, punishment is not stipulated," Alboga added.

And, Alboga emphasized, for Muslims in Germany, German law holds. If Muslims discriminate against homosexuals, that would break national law. "And as Muslims, we can't consider that a good thing," Alboga said.

Müller, the religious educator, praises this perspective, but knows that in the mosques, it's not necessarily well received. There needs to be more discussion, she thinks, and not just on the topic of homosexuality. Youth coming out of cultures that emphasize "honour" should spend more time considering equality, and how repression occurs in the name of honour.

Mansour, from the Berlin youth project, thinks sexual preference should be discussed in the schools. Because, he said, "most of the people coming from these cultures just haven't learned about it. Such questioning of certain rules and conduct is not included in their upbringing."

One project is making an example. "Young, Muslim, active," organized by Berlin's Interior Ministry, involves 150 to 200 young Muslims in discussions about topics such as sexual identity, self-determination and equality. And that's a start.

A law is currently being debated in Morocco that would legalise the cultivation and export of medicinal cannabis. For many small farmers, this would bring considerable advantages ... END_OF_DOCUMENT_TOKEN_TO_BE_REPLACED

Recep Tayyip Erdogan, disappointed by the European Union’s reluctance to integrate Turkey into its ranks, has re-directed his country’s diplomacy toward the Maghreb and Africa to ... END_OF_DOCUMENT_TOKEN_TO_BE_REPLACED

Philosopher Juergen Habermas was due to be awarded a major Arab prize in Abu Dhabi, but has turned it down following criticism. This decision torpedoes Arab efforts at a ... END_OF_DOCUMENT_TOKEN_TO_BE_REPLACED

Although a unity government was formed in Libya in March 2021, tensions and possible crises between the political actors are already emerging. What problems does the country face ... END_OF_DOCUMENT_TOKEN_TO_BE_REPLACED

Among Muslims, the image of women as "cossetted hijab-wearing princesses" is frequently invoked. But Muslim women have long wanted to be more. In her essay, Karoline Roscher- ... END_OF_DOCUMENT_TOKEN_TO_BE_REPLACED

Even in times of war and pandemic, refugees are still being deported to Afghanistan. Several deportation flights have taken place in recent weeks alone. Since those affected often ... END_OF_DOCUMENT_TOKEN_TO_BE_REPLACED
Author:
Sabine Ripperger
Date:
Mail:
Send via mail

END_OF_DOCUMENT_TOKEN_TO_BE_REPLACED
Social media
and networks
Subscribe to our
newsletter