Avraham Burg: "The Holocaust Is Over"
Caught in a National Trauma

The German translation of Avraham Burg's book "The Holocaust Is Over" has at last been published. In it, the Israeli politician and peace activist urges his compatriots to liberate themselves from the trauma of the Holocaust and place their trust in the country's political future. Ulrich von Schwerin met Burg in Berlin 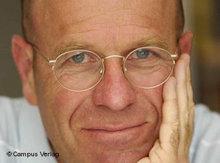 In his book The Holocaust Is Over; We Must Rise from Its Ashes, the Israeli politician and co-founder of the peace movement "Peace Now" took a critical look at the link between the Holocaust and the current policies of his native country

​​ Some books are so controversial that they never make it into print. Avraham Burg's book "The Holocaust is Over; We Must Rise from Its Ashes" is so controversial that it took four years for it to be translated into German, despite the fact that, as the author himself emphasises, the German translation of the book was more important to him than any other.

The reason why it took so long for the book to be published by Campus-Verlag is that in it, Burg advances a theory that is considered problematic – and even dangerous – by many both in Israel and in Germany.

In his book, Burg criticises the fact that the Holocaust determines the actions, the ideas, and ultimately the entire identity of Israel. Memories of the victims are abused in order to justify policies, not least the policy of displacing Palestinians and occupying their territories.

"Everything is allowed because we suffered the Shoah and no-one is allowed to tell us what to do," writes Burg. "Everything seems dangerous to us and our normal development as a new people, society, and state has ground to a halt."

Burg says that references are repeatedly made to the past in order to uphold a sensation of being permanently under threat – a feeling that is no longer justifiable. 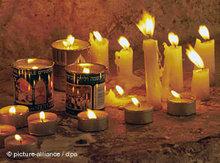 ​​ During our interview in Berlin, Burg said that although Ahmadinejad's policy was undoubtedly a serious problem, the comparisons with 1938 made by politicians like Benjamin Netanyahu are an impermissible abuse of the Holocaust. Did the Jews in 1938, asks Burg, have nuclear weapons, one of the most powerful armies in the region, and the support of the world's major powers?

Because of a comparison he himself drew in his book, Burg has repeatedly had to defend himself against the accusation of twisting historical facts. In his opinion, Israel is now in the same position as Germany was at the end of the Weimar Republic: nationalist, militaristic, and caught in a national trauma that is preventing the country from unreservedly turning its face to the future.

Burg feels that the Holocaust is to Israel what the Treaty of Versailles was to Germany. In both cases, the identity of the country is defined by its borders with others.

It is no surprise that these ideas are considered unreasonable in Israel and have unleashed a wave of indignation. It is even less surprising when one considers that the author was once, as he puts it himself, one of the "symbols of the state":

Born in 1955 to the German Holocaust survivor Josef Burg, who as a minister helped shape Israeli politics for several decades, Avraham Burg himself rose through the ranks to become the speaker of the Israeli parliament, the Knesset, before retiring from politics in 2004 after a failed bid for the leadership of the Labour Party.

​​ He was also head of both the World Zionist Organisation and the Jewish Agency, the Israeli immigration authority, for many years. In the latter post, he was responsible for immigration regulations relating to Russian and Ethiopian Jews, the last remaining major Jewish communities in the diaspora outside the West.

He says that through this work, he realised that Israel was coming to the end of an era: in view of the fact that with a few exceptions, Jews will in future be living in democracies, the concept of Israel as a protective fortress and refuge no longer makes sense.

Burg is, of course, aware that theories like these are only held by a minority. He adds, however, that Judaism has an honourable tradition of respecting the opinion of the minority because it is possible that this opinion could one day become the opinion of the majority.

When asked about the criticism that he is arming anti-Semites with arguments against Israel, this mild-mannered man loudly replies that just because he is quoted by anti-Semites is no reason to censor himself.

Burg makes no bones about his desire to cause controversy. He is convinced that disputes are the only way to get things moving. However, even though he has long been working for the peace movement "Peace Now", he only put his ideas down on paper after he retired from politics.

What motivated him to do so was his feeling that Israel has lost its way and the impression that the Holocaust is omnipresent in society: not a day passes in Israel without some mention of the Holocaust and its consequences in the press.

He also had the impression that because the last survivors of the Holocaust were now passing away and society was moving from a direct to an indirect memory of events, the time had arrived to launch a debate of this kind – a debate that Burg sees as a key to solving the conflict with the Palestinians.

After all, Burg feels that the elements of a peace agreement have long since been clear. However, as long as both sides insist on reminding the other of the wrongs they did to each other in the past, no progress will be made.

Burg criticises the fact that Israel has cast the Palestinians in the role of the Nazis, which he feels makes talks between the two sides impossible. As a politician, Burg was an ardent supporter of negotiations.

According to Burg, it is not only that one should stop viewing the Palestinians as Nazis, the Jews must open their eyes to the fact that they, who were themselves so often expelled, are now responsible for the expulsion of Palestinians.

The Israelis should not forget the Holocaust, says Burg, but they should learn from it that the slogan "never again" applies not only to the Jews, put to all peoples.

Avraham Burg's book 'Hitler besiegen. Warum Israel sich endlich vom Holocaust lösen muss' (Vanquishing Hitler, Why Israel must at last detach itself from the Holocaust), the German-language edition of 'The Holocaust Is Over; We Must Rise from Its Ashes', was translated by Ulrike Bischoff and is published by Campus-Verlag (Frankfurt am Main, 2009).

Anti-war Demonstrations in Israel
Fighting the Cynicism of Escalation
In Israel, opponents of the military campaign in the Gaza Strip are starting to make their protest heard. The era of the old guard of the 'Peace Now' movement would appear to have come to an end; a new generation of activists is rising up to take their place. Joseph Croitoru reports

END_OF_DOCUMENT_TOKEN_TO_BE_REPLACED
Social media
and networks
Subscribe to our
newsletter