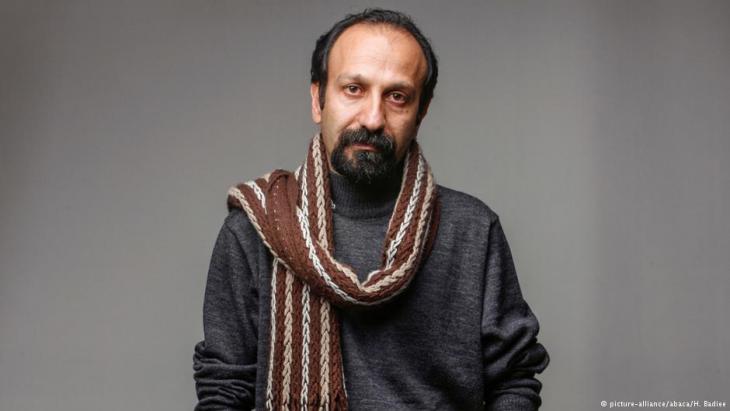 How does human fragility express itself in a rigid social system? Oscar-winning filmmaker Asghar Farhadi′s "The Salesman" reveals the precariousness of urban middle-class life in the Islamic Republic. By Jasmin Astaki-Bardeh

As the cinema audience immerses itself in the projection on the screen, the film′s protagonists are suddenly jolted out of their dreams: a tremor shakes the young woman with the dark curls and the man lying beside her from their sleep and forces them to hurry out of the house. The camera follows them as they join the other neighbours scared from their apartments, who are frantically shouting over each other on the stairs.

Rana (Taraneh Doorosti) and Emad (Shahab Hosseini) are a young couple, both of them actors, from Teheran′s middle classes. They are the principle characters in Asghar Farhadi′s Oscar-winning social drama "The Salesman", which won Farhadi the Best Foreign Film award for the second time.

It is only the scene from the window that gives the viewer any certainty over the cause of the tremor: two yellow diggers are at work on the neighbouring plot of land, heaving tons of earth out of the foundations. Despite the block next door being shaken, the machines continue undeterred. Rana and Emad′s familiar home becomes uninhabitable and they are cast out into an uncertain future. 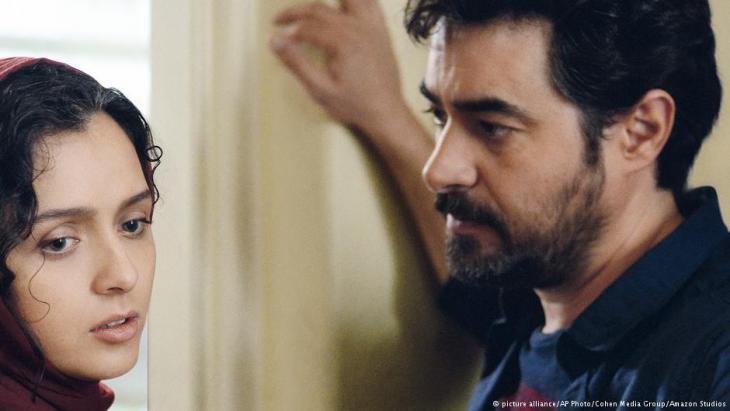 Destined to drift apart: "The Salesman" opens with a sense of shifting uncertainty, revealing cracks in the relationship between Emad and Rana. Asghar Farhadi has now made seven films since his directorial debut "Dancing in the dust" in 2002. Farhadi′s films employ elements of the film noir genre

The viewer as evidence gatherer

The flat an acquaintance finds for them a little later eventually spells their doom, when Rana is attacked by an unknown man – an incident that has consequences for the couple′s relationship, too. Seemingly harmonious until this point, Rana and Emad begin to drift apart. In the time it takes to investigate the crime, the characters become estranged – driven by their own moral codes.

Symbolic language and the protagonists′ subtle dialogue are two of the hallmarks of this film from renowned director Farhadi. The viewer gathers clues, observing the protagonists′ actions, drawing conclusions and being challenged to arrive at his own judgment.

Farhadi′s films do not proclaim any fixed moral ideas. He likes to prompt discussions and so his stories allow room for interpretation. Personal readings and the viewers′ experience are crucial elements in how the film is interpreted, according to the Iranian filmmaker. This is particularly clear in "The Salesman". Someone who views the film as social criticism will find just as much evidence for this as someone who regards it as a moral fable.

All the tension of a Hitchcock classic

Born in 1972 in the province of Isfahan, Asghar Farhadi started making his first Super-8 and 16 mm films at the age of 13. One of the top students in his year, he later did a degree in theatre studies at the University of Tehran. He spent his first years of study reading plays; Henrik Ibsen, Samuel Beckett and Harald Pinter were some of the authors who particularly influenced his work.

Farhadi′s own biography can also be seen in his films: starting with "Wednesday Fireworks", his third feature film, the majority of his protagonists have come from the urban middle classes. It is the director′s own milieu and the one he can portray with the greatest authenticity.

One of his tutors was Abbas Kiarostami, from whom Farhadi adopted a calm view of humanity. But he was also influenced by Hitchcock′s masterpieces as he developed his own filmic language. Farhadi′s films are marked out by elements of dramatic tension reminiscent of the British director′s suspense and mystery effects. Unlike Hitchcock, however, Farhadi places a clear emphasis on his protagonists' behaviour in his film work, giving viewers a glimpse into their inner world, their contradictions and conflicts with society.

"The Salesman" displays human vulnerability in its social context. The protagonists are surprised by outside interventions in intimate moments. The private sphere and even their own thoughts are not safe from these attacks. The fragility portrayed here, against the backdrop of Iranian society, is something that penetrates homes and is expressed in people′s thoughts.

In this sense, the film itself can be seen as an act of shaking people awake: "The Salesman" subtly criticises the state′s interventions in people′s private lives and appeals to the Iranian population to question its own image of society. Asghar Farhadi holds a mirror up to the Iranian audience. He regards the cinema as a place where questions should be raised, where the human condition should be examined.

Since the government cut subsidies for food, prices in Iran have skyrocketed. Protests that broke out in Khuzestan province are now spreading across the Islamic Republic. By ... END_OF_DOCUMENT_TOKEN_TO_BE_REPLACED

Very different Western reactions to the suffering in Ukraine and the Arab world show that there is a profound rift among cultures. Essay by Michael Young END_OF_DOCUMENT_TOKEN_TO_BE_REPLACED

United Arab Emirates strongman Sheikh Mohammed bin Zayed al-Nahyan, who was formally elected president on 14 May, has led a realignment of the Middle East, creating a new anti- ... END_OF_DOCUMENT_TOKEN_TO_BE_REPLACED

More than 800 Iranian filmmakers have signed a declaration against sexual harassment, coercion and violence in their industry. The public's response to their willingness to name ... END_OF_DOCUMENT_TOKEN_TO_BE_REPLACED

Russia's ranking on the World Press Freedom Index has fallen again over the Kremlin's wartime censorship of the Ukraine conflict. From Myanmar to Mexico, journalists continue to ... END_OF_DOCUMENT_TOKEN_TO_BE_REPLACED
Author:
Jasmin Astaki-Bardeh
Date:
Mail:
Send via mail

END_OF_DOCUMENT_TOKEN_TO_BE_REPLACED
Social media
and networks
Subscribe to our
newsletter