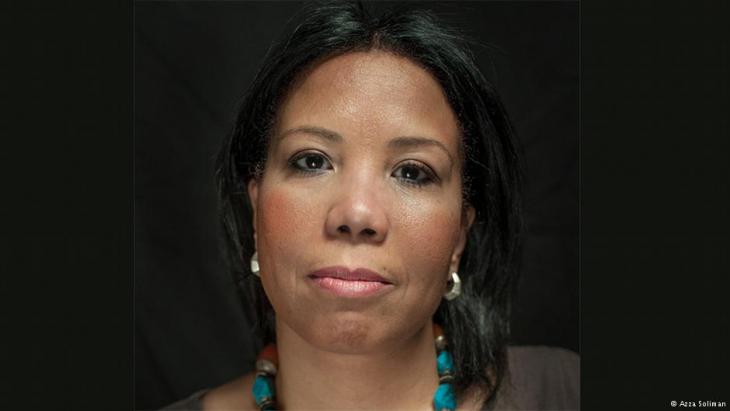 Azza Soliman, an Egyptian feminist at risk
"What has Azza done?"

To portray the extent of authoritarianism of the Egyptian state, it is often said that ″even″ feminists and women′s organisations are being targeted, since feminism and women′s issues are not generally perceived as a threat by authoritarian regimes. Yet that′s a flawed premise, argues Mozn Hassan

On 19 November 2016, Azza Soliman, a feminist lawyer, WHRD and the head of the board of trustees of the Centre for Egyptian Women′s Legal Assistance (CEWLA), was informed that she was banned from travelling based on a judicial order issued on 17 November 2016 while on her way to participate in ″Musawah″ movement′s training on women′s rights in Islam in Jordan. A day later, Soliman found out that her assets and those of her law firm had been frozen.

It is assumed that these measures are directly related to Case No. 173 for the year 2011 at the Cairo High Appeal Investigations, commonly known as ″NGOs foreign funding case″, even though neither Soliman nor any of CEWLA′s members have been officially charged or summoned for investigation. The escalation of judicial harassment against Azza Soliman triggered many angry, but also surprised, reactions: ″What has Azza done?″ This indeed is a question I would like to answer.

For nearly two decades, Azza Soliman and CEWLA have been relentlessly working for women′s rights, especially women′s access to justice. They have been combating violence against women, particularly in the private sphere. They have worked on extremely sensitive issues such as marital rape, reforming the personal status law, women′s right to divorce, etc. Although there are many feminist and women′s rights organisations in Egypt, CEWLA is unique. They have made the difficult choice of working and mobilising at the grassroots level in a popular quarter in Cairo, that of Bulaq Al-Daqrur, despite all the challenges this poses.

Few feminist organisations have been able to strike the balance that CEWLA has, between providing services for women and maintaining a strong feminist discourse that doesn′t compromise their agency. Over the years, CEWLA has helped thousands of women, provided them with legal assistance and saved them from abusive husbands, families, or relatives. The crackdown on CEWLA and Azza Soliman means taking away a source of support and security from thousands of women in Egypt.

Yet, this is not the only reason why I consider Azza Soliman to be a unique and rare example in the Egyptian feminist movement. Over the years, I have observed in awe Azza′s ability to develop her feminist discourse and her openness to new generations and ideas within the movement. When Nazra for Feminist Studies started off with a group of young and hopeful feminists, Azza Soliman was there to support us and it was having feminists like her by our side that turned our hopes into realities and gave us the strength to carry on. She never failed to show her support during the rough times that Nazra has faced with the state crackdown; her presence is an everyday lesson in feminist solidarity.

This is only part of what Azza Soliman has ″done″ for women and for us, feminists of a younger generation. This feminist activism was in itself enough reason for state targeting. The appalled reactions asking ″What has Azza done?″ for her to be perceived as a threat, insist on seeing feminism as a soft, apolitical and low-profile form of activism, ignoring everything that history has taught us about the ways in which feminism challenges power structures.

Feminism is a political question

Questions of marriage and divorce, of equal rights to inheritance, of domestic violence and marital rape, are not easy ones and feminism is not the safe option an activist can make. Rather, these questions, because they upset patriarchy, deeply upset ″power″, whether in its diffuse form in society, or in its more structural form in the state. Feminism, as we have always seen it, is in itself a political question, because authoritarianism is a gendered, not a neutral structure and an authoritarian state is also usually a patriarchal one. 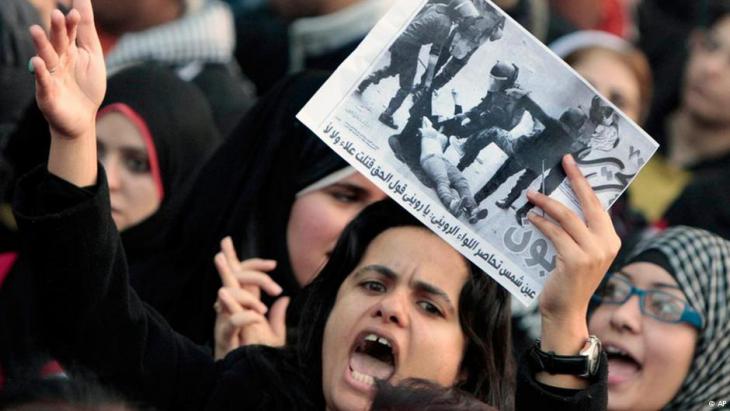 The feminist paradox: "we will always be sandwiched between societal hostility towards the feminist discourse and state targeting, which only emphasises the social stigmatisation of feminists, rather than generating a real societal debate around the issues they raise. In fact, state targeting only accentuates the more comfortable idea that many societal actors like to believe: we are bad women," writes Mozn Hassan

Azza Soliman is being targeted in a context where the feminist movement as a whole is facing a severe clampdown. The targeting of Al-Nadeem Centre for the Treatment and Rehabilitation of Victims of Violence and Torture, which has provided medical and psychological help to female survivors of violence through its women′s programme for years, as well as Nazra′s official summoning and continuous targeting, are examples of that. Despite all attempts not to take feminist activism seriously, it seems like the state takes it ′too′ seriously as an existential threat, to the extent to which it needs to ban feminists from traveling and freeze their assets.

It seems that as feminists we will always be trapped in the paradox of being targeted because what we do seems ″too dangerous″ on the one hand and being dealt with more lightly and less considerately because we are women, on the other. It is also apparent that we will always be sandwiched between societal hostility towards the feminist discourse and state targeting, which only emphasises the social stigmatisation of feminists, rather than generating a real societal debate around the issues they raise. In fact, state targeting only accentuates the more comfortable idea that many societal actors like to believe: we are bad women.

Despite the very precarious time we live in as feminist organisations and the current risks we face as WHRDs, if there is one woman who has taught us to fight and resist, it is Azza Soliman. For Azza and with her, we will continue the struggle for women′s human rights as long as we can.

Mozn Hassan is the founder and executive director of Nazra for Feminist Studies  since December 2007. Nazra is a feminist group that works on sustaining the feminist movement in Egypt and the MENA region, by integrating gender and feminism in these societies. This year, she and Nazra were awarded a Right Livelihood Award. She is also a member of the Experts′ Committee of the Regional Coalition for Women Human Rights Defenders in the Middle East and North Africa (MENA). T

Home
Print
Newsletter
More on this topic
Women's rights in post-revolutionary Egypt: A second revolt for Sheherazade's daughtersEgyptian women's rights activist Hoda Badran: Women as losers of the revolution?Violence against women: Young Arab men fight for women′s rightsMona Eltahawy: "Why do you hate us so?": The Middle East needs a sexual revolution
Related Topics
Abdul Fattah al-Sisi, Free speech and censorship, Human rights, Sexism and violence against women, Women in the Islamic world
All Topics

In Doha, Arabs from Morocco, Tunisia, Egypt and Algeria are gathering to celebrate the first ever FIFA World Cup to be held on Arab soil. The criticism from Europe? Over the top, ... END_OF_DOCUMENT_TOKEN_TO_BE_REPLACED

November 2022 sees the Arab world firmly in the spotlight with the COP27 in Egypt and the FIFA World Cup in Qatar. Public trust in MENA governments is weak, thanks to their ... END_OF_DOCUMENT_TOKEN_TO_BE_REPLACED

Palme d’Or winner "Boy from Heaven" is a classic crossover film in which cultural elements are mixed together in haphazard and random fashion. Shady Lewis Botros bemoans the ... END_OF_DOCUMENT_TOKEN_TO_BE_REPLACED

COP27 in Sharm el-Sheikh is turning into a PR disaster for Egypt’s military regime. Instead of praise for the host, the news is full of solidarity for imprisoned activist Alaa ... END_OF_DOCUMENT_TOKEN_TO_BE_REPLACED

END_OF_DOCUMENT_TOKEN_TO_BE_REPLACED
Social media
and networks
Subscribe to our
newsletter