The famous temples of Baalbek, the ancient Heliopolis in Lebanon, are one of the largest Roman religious sites in the world and a World Heritage Site. The app "Baalbek Reborn: Temples" uses the latest technology to reconstruct the ruins

The impressive experience is the result of a collaboration between the Lebanese Directorate General of Antiquities (DGA), the German Archaeological Institute (DAI) and Flyover Zone, a U.S.-based company specialising in virtual time travel to the ancient world. Experts from the DAI, who have been working at the site since 1998, provided the scientific basis for the 3D reconstructions. Using the latest technology, Flyover Zone has created a truly breath-taking experience, plunging users back into ancient history.

What makes Baalbek Reborn: Temples unique is the depth and timeliness of scientific knowledge conveyed through the app. Users can choose whether to move virtually through today's excavation site or through the digital reconstruction of the ancient places of worship.

The "Baalbek Reborn: Temples" app uses the latest technology to reconstruct the ruins at Baalbek, Lebanon 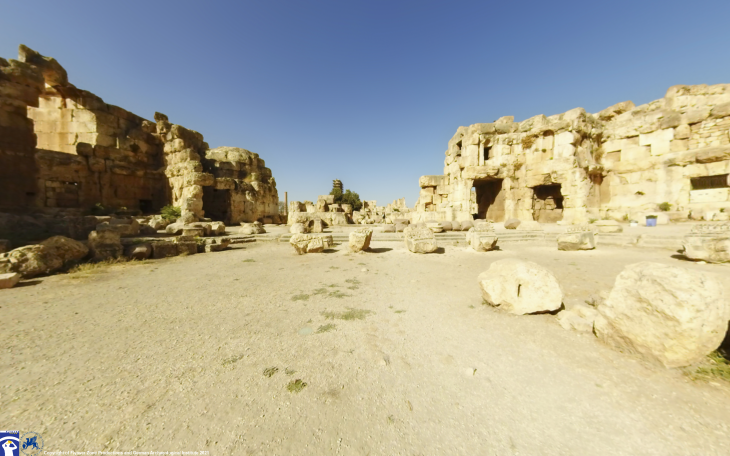 Hexagonal courtyard in the Temple of Jupiter, Baalbek, Lebanon 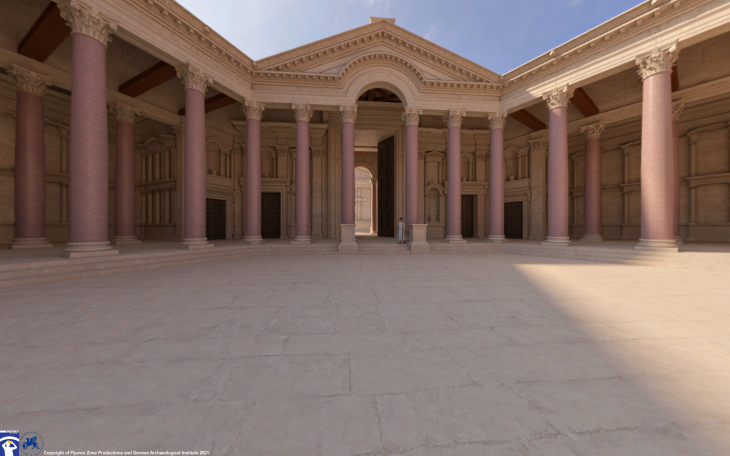 "Baalbek Reborn" reconstruction of the hexagonal courtyard in the Temple of Jupiter, Baalbek, Lebanon 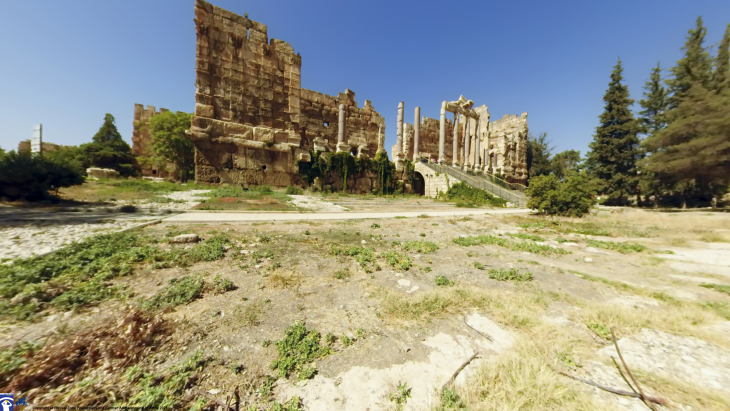 The Propylaea entrance to the Temple of Jupiter at Baalbek, Lebanon 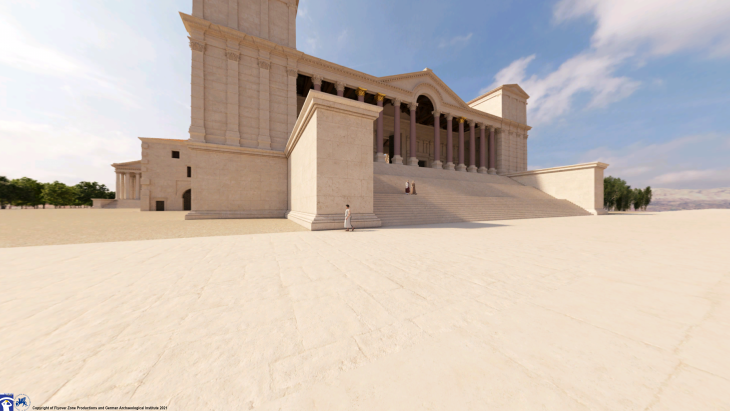 "Baalbek Reborn" reconstruction of the Propylaea entrance to the Temple of Jupiter at Baalbek, Lebanon

The audio track, available in Arabic, French, English and German, provides insights and explanations based on the latest scientific research. There are a total of 38 stops scattered throughout the temple complexes, presented by the DAI's archaeological experts. This makes the app interesting for laymen and professionals alike.

The app runs on smartphones and tablets (Android, iOS), PCs and laptops (Macintosh, Windows 10) and VR headsets (Oculus Go, Oculus Quest, Oculus Rift, Oculus Rift-S, HTC Vive) and can be downloaded from the respective portals and from Flyover Zone.

Baalbek Reborn: Temples is provided free of charge thanks to the generosity of Bassam Alghanim, who supports the project financially in loving memory of his parents Yusuf and Ilham Alghanim. The DAI and Flyover Zone are thus helping to promote a deeper understanding of the significance of the ancient temples, to make scientific findings more widely accessible, and to raise awareness of Baalbek as an important tourist site.

At the same time, the launch and use of the app is linked to a good cause. After the devastating explosion in the port of Beirut last August, support is still needed for the reconstruction of the old city, parts of which were severely damaged. One initiative of Lebanon's Directorate General of Antiquities is to train 100 young people in traditional crafts. Arcenciel, a Lebanese non-profit NGO, will use the donations to provide training and restore the historic houses while raising awareness for the preservation of cultural heritage. Details of the fundraising campaign can also be found at Flyover Zone.

The German Archaeological Institute (DAI) is one of the world's leading research institutions in the field of archaeological sciences and antiquities. Founded in 1829, the DAI has its headquarters in Berlin and is a federal authority within the portfolio of the Federal Foreign Office. Including the headquarters, the Institute has six major facilities in Germany and is active worldwide with five departments abroad. The DAI conducts archaeological research in over 300 projects worldwide. Other tasks include the preservation of cultural assets through the conservation of monuments and the protection of historic buildings, as well as the preservation of cultural identity in host and partner countries.

Flyover Zone is an employee-owned company based in Bloomington, Indiana (USA) and represented in seven countries on three continents. The company's particular strength lies in the development of virtual tours that take users on journeys and enable time travel through space. Since its founding, the company has published virtual tours of ancient Rome and Hadrian's Villa, the World Heritage Site in Tivoli, east of Rome. New virtual tours are planned for 2021, showing sites in ancient Athens, Egypt and Mexico.

Home
Print
Newsletter
More on this topic
Placido Domingo in Baalbek: Opera arias in the Hezbollah strongholdExplosion in Lebanon: The soul of the city – Beirut's cultural declineQantara photo essay: Holidaying in HezbollandLebanon after the explosion: Beirut's aftermath – shattering as 15 years of civil war
Related Topics
Antiquities and historical monuments, History of the Near and Middle East
All Topics

The clashes in Baghdad between supporters of Muqtada al-Sadr and pro-Iranian militias show that an intra-Shia power struggle is in full swing. An analysis from Cairo by Karim El- ... END_OF_DOCUMENT_TOKEN_TO_BE_REPLACED

In this essay, renowned Lebanese journalist and writer Hazem Saghieh asks whether the Arab Levant, which stretches from Iraq in the east to Egypt in the west, will remain an ... END_OF_DOCUMENT_TOKEN_TO_BE_REPLACED

Since Ali Khamenei, Iran's most powerful man, has openly and unconditionally come out in support of Putin's war in Ukraine, logistical help is on its way, with an allegedly ... END_OF_DOCUMENT_TOKEN_TO_BE_REPLACED

The Palestinian militant organisation Hamas, with Hezbollah's help, is building up a military presence in Lebanon, the ultimate consequences of which could be devastating, writes ... END_OF_DOCUMENT_TOKEN_TO_BE_REPLACED
Date:
Mail:
Send via mail

END_OF_DOCUMENT_TOKEN_TO_BE_REPLACED
Social media
and networks
Subscribe to our
newsletter