BANIPAL magazine publishes contemporary Arab authors from all over the world in English translation. Based in London, the magazine is entering its tenth year of publication. A portrait by Volker Kaminski 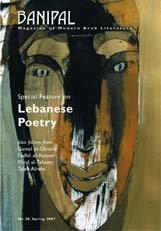 ​​The tireless, pioneering labors of the two publishers Margaret Obank and Samuel Shimon has catalyzed a process of literary dialogue between the Arabic world and English-speaking countries. Their independent journal publishes prominent Arabic writers in first-time English translations.

Obank and Shimon have achieved amazing things with their journal. BANIPAL is the only magazine in the world which regularly publishes Arabic literature in English. In this way BANIPAL provides a cross-section of the entire Arabic-speaking world. Along with fiction writers and poets such as Saadi Youssef, Fadhil al-Azzawi, Sargon Boulus, Saif al-Rahbi and many others who write in Arabic, BANIPAL is also devoted to writers from Arab backgrounds who write in English, French or German.

Many facets of literature

The journal appears three times a year, providing a much-regarded forum for newcomers as well as established writers. Each issue centers on poems, short stories and novel excerpts. The section A Traveling Tale is an obligatory feature, as is the Interview with an Arabic writer or publisher.

One column is devoted to "Literary Influences". Here prominent writers describe what they have learned from the great figures of world literature, offering insight into perceptions of Ernest Hemingway in Palestine, the influence of Jean-Paul Sartre, the significance of Dostoevsky in 20th century Arabic literature or the way Scheherazade lives on in the work of Rafik Schami.

​​Another stand-by is "Reviews". In addition, each issue includes many author photos from current literary festivals around the world.

This last is an indication of the footloose nature of the BANIPAL publishers. BANIPAL goes on tour with its authors, presenting itself not only in England, but also in other parts of Europe, Arab countries and the USA. Most recently, BANIPAL attended a Poetry Festival in New York in May 2007.

In February 2006 the publishers were in Berlin, where they presented BANIPAL at an event on contemporary Iraqi literature. Of course, a BANIPAL stand can be found at every major book fair (for example in Frankfurt).

An additional facet is BANIPAL Books. Founded in 2005, the imprint features Arabic books translated into English. The first to appear was "An Iraqi in Paris", an autobiographical novel by Samuel Shimon, while the most recent was "The Myrtle Tree", a novel about the civil war in Lebanon and its consequences for a Lebanese village, by Sad El Hage.

Since 2006 BANIPAL has also offered a translation prize. The Saif Ghobash-BANIPAL Prize is awarded annually for a translation from Arabic into English and is endowed with the sum of 2000 pounds. The first prizewinner was Humphrey Davies in 2006, with his translation of a novel by Elias Khoury ("Gate of the Sun").

The name BANIPAL comes from "Ashurbanipal", the last great king of Assyria, patron of the fine arts in ancient times. He founded the first great library in Nineveh, where works of famous Mesopotamian poetry such as the Gilgamesh epic were kept on clay tablets.

As the BANIPAL publishers emphasize on their website, all their efforts toward dialogue center on aesthetic pleasure and enjoyment of literature. These aesthetic delights include the cover of the magazine, which features excerpts from works by well-known Arab artists.

Samuel Shimon's "An Iraqi in Paris"
A Modern-Day Odysseus on the Way to Hollywood
Samuel Shimon, a London-based Iraqi author, has written a book that draws upon the rich traditions of Arab story-telling, but is also rich with allusions to classic European literature. Review by Fadhil al-Azzawi

Dossier
German-Arab Literature Exchange
Literature has always been an important means of cultural exchange and dialogue. Translators and publishers live on the edge of poverty to make a beloved foreign world visible. Qantara.de presents some Arab and German figures.

END_OF_DOCUMENT_TOKEN_TO_BE_REPLACED
Social media
and networks
Subscribe to our
newsletter