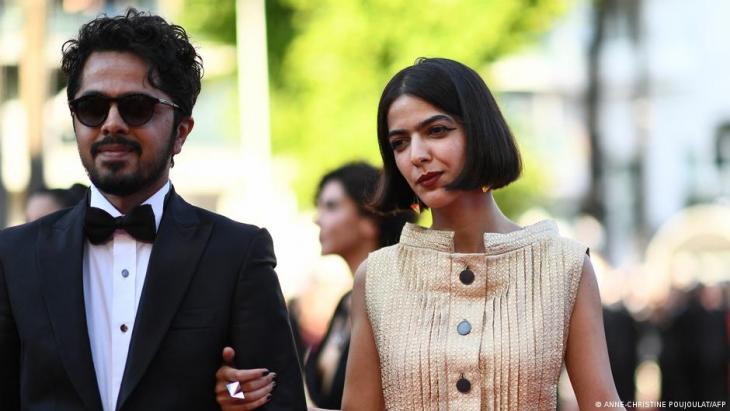 You might think the family business did not seem so inviting to young Iranian filmmaker Panah Panahi, given that his acclaimed father has faced years of persecution at the hands of the authorities.

But the 37-year-old made a splash at the Cannes film festival this weekend, presenting his first film "Hit the Road" at an event that his father, Jafar Panahi, has been blocked from attending by Tehran for more than a decade.

The elder Panahi has won a slew of awards at international festivals, including the top prize in Berlin for "Taxi" in 2015 and best screenplay at Cannes for his last film "Three Faces" in 2018.

But since being convicted of "propaganda against the system" in 2010, following his support for anti-government protests and a string of films that critiqued modern Iran, he has been barred from leaving the country to pick up any of these awards.

None of this is what most concerned his son, however, as he toyed with becoming a director himself.

"These things were a minor issue for me," he told jounrnalists on the beach at Cannes. "My main problem throughout my life was how I could have a separate identity from my father.

"I was instinctively drawn to cinema with a passion... but this comparison was always there," he said.

Eventually he "decided to only think of myself and what I want to achieve, and not occupy myself with the problems of my father or these comparisons. Otherwise, I'd never have been able to make films."

A taxi ride through Tehran

This is a taxi ride like no other: Iranian filmmaker Jafar Panahi made "Taxi" on a shoestring budget. It not only offers a unique and humorous insight into life in Tehran, but also makes a bold political statement. To mark the film's general release in Germany, Qantara.de brings you a series of photos relating to the film and some stills 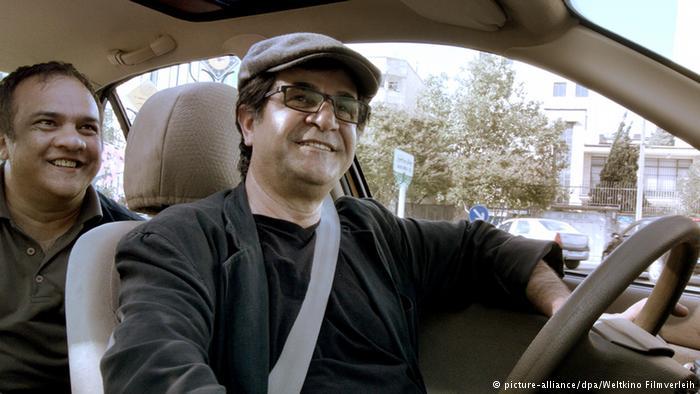 For years, the films made by Iranian filmmaker Jafar Pahani have been censored by the Iranian authorities. His newest documentary, "Taxi", won the Golden Bear at the Berlinale 2015 and has just been released in German cinemas. 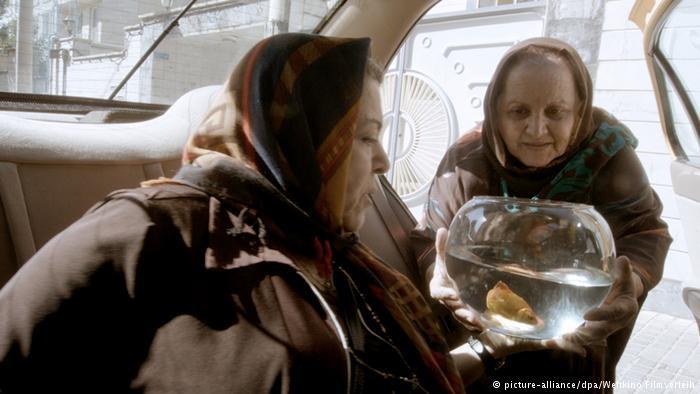 Tehran by Taxi: "Taxi" is a 90-minute taxi ride through Tehran, the capital of Iran. The director himself is in the driver's seat. His passengers include ordinary people who just want to get from A to B to take care of business, do errands or meet friends. These two woman want to take their goldfish to a funeral. 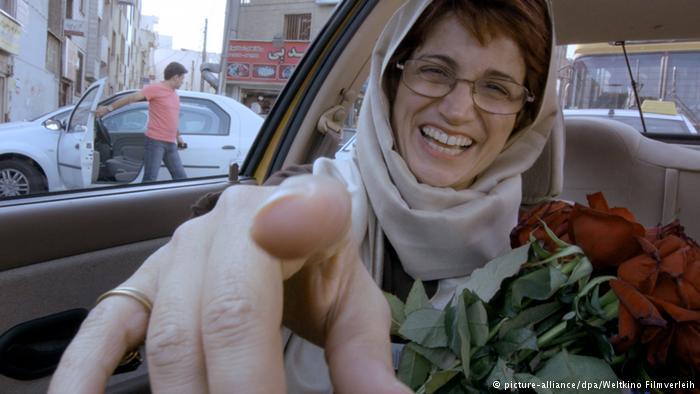 Prestigious passenger: Panahi doesn't just transport unknown people in his taxi. Nasrin Sotoudeh, a renowned human rights activist and lawyer, also gets on board and speaks her mind. Sotoudeh and Panahi know each other well. They both received the Sakharov Prize for Freedom of Thought from the European Parliament in 2012. 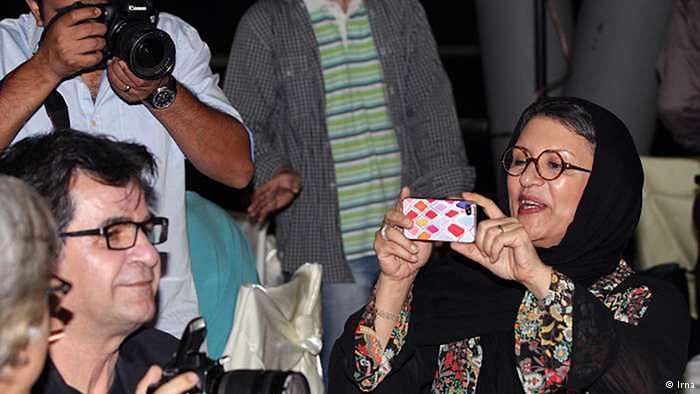 Respected in Iran: Jafar Panahi refuses to be quieted by the regime and has won a great deal of respect from his fellow Iranians as a result. Here, he is pictured with – and being photographed by – the well-known Iranian actress Roya Teymourian. 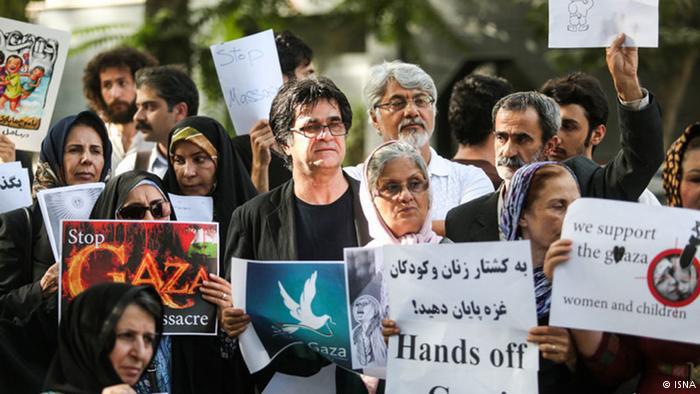 A man who is not afraid to speak up: for many years, Jafar Panahi has been considered one of Iran's most significant filmmakers. The director makes the most of his fame by speaking up for improvements in his country. He is pictured here at a demonstration against the war in Gaza by the organisation Mothers for Peace. 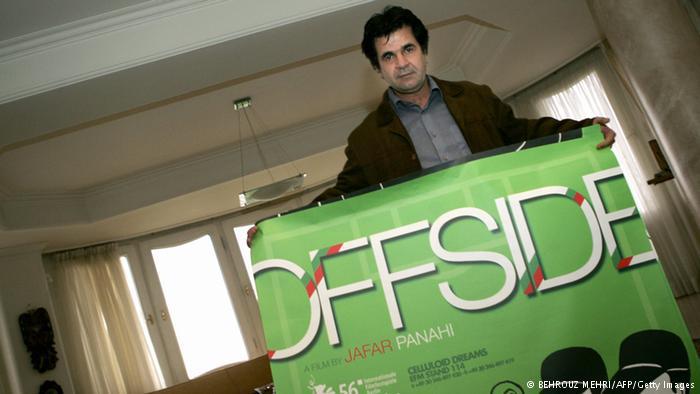 International awards: Panahi's work has been honored at numerous international film festivals. He has received prizes in Cannes, Venice and Locarno. His 2015 Golden Bear wasn't his first prize from Berlin. In 2006, he received a Silver Bear for "Offside". 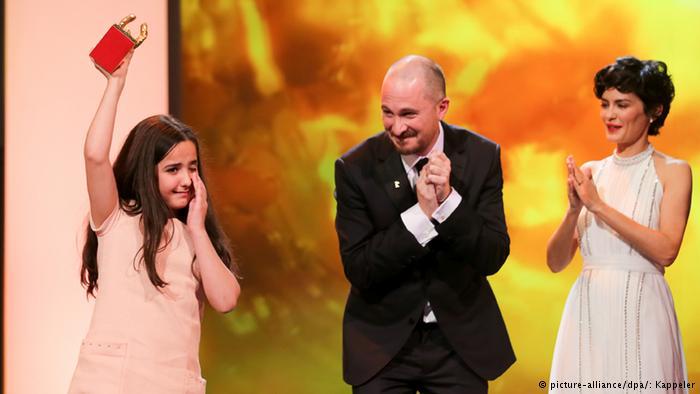 A moving moment: Jafar Panahi couldn't attend the Berlinale himself in February 2015 due to the travel restrictions imposed on him by the Iranian authorities. His niece, 10-year-old Hanna Saeidi, who appears in "Taxi," accepted the Golden Bear on his behalf from jury president Darren Aronofsky and jury member Audrey Tautou. 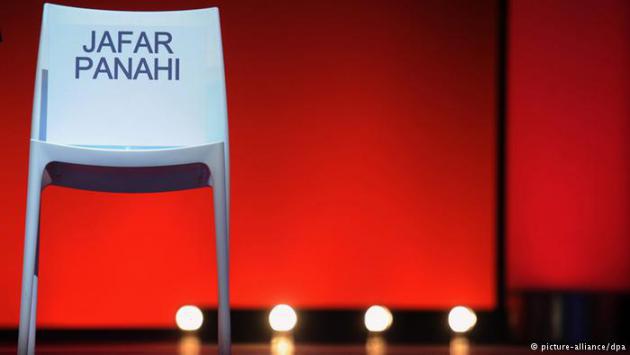 Empty seat: Pahani has been able to complete three films on a shoestring budget in the past four years. He has not been allowed to give interviews or leave Iran since 2010. Copies of his films have, however, been smuggled out of the country and shown at international film festivals, where they generally get a rapturous reception. As a result, his seat at premieres invariably remains empty, just like here at the Berlinale in 2013. 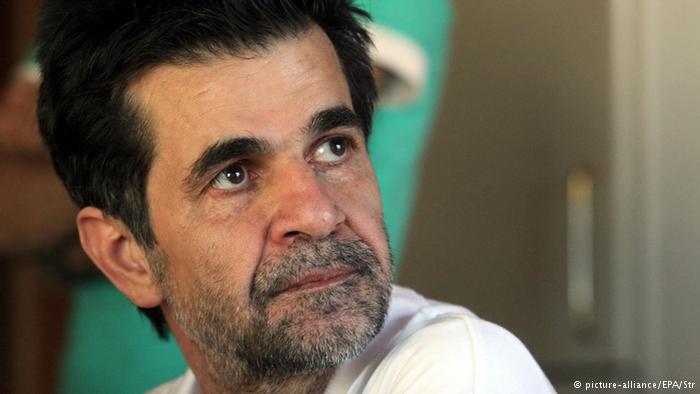 Artist and activist: Pahani's films became known around the world after he began to suffer censorship in his native country. His films are not only artistic contributions to the world of film; they also make political statements and offer an insight into life in the Islamic Republic of Iran.

The comparisons are hard to avoid, however.

"Hit the Road" is playing in the Director's Fortnight at Cannes -- the same section in which his father presented his classic "The White Balloon" in 1995, taking home Cannes' Prix de la Camera d'Or for best first film.

The younger Panahi's effort is also a low-key triumph, a touching and amusing look at a family driving their son from Tehran to the border so he can leave the country.

"I have close friends who have left Iran, so this is a real issue for me. All of my friends have reached a point of finding the situation intolerable," Panahi told AFP.

"I went with this idea that the boy had reached a total dead-end. This dead-end was a real one that I had witnessed for myself and those around me."

But Panahi said he didn't want the specific situation in Iran to be his focus, and indeed the film is more about the bittersweet interactions between the family, including a hilariously high-spirited younger brother.

"I wanted to avoid being too specific, so that if people from other countries watch the film, and their son or brother is dealing with similar problems, they can connect with him," the director said.    (AFP)

END_OF_DOCUMENT_TOKEN_TO_BE_REPLACED
Social media
and networks
Subscribe to our
newsletter