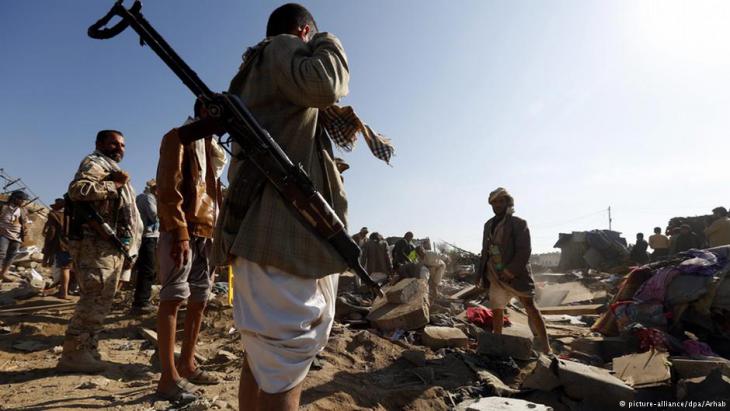 As the situation deteriorates almost by the hour in Yemen, the sheer uncertainty of what happens next could trigger a regional conflict, writes Adam Baron of the European Council on Foreign Relations.

For roughly three years, Yemen's post-Arab Spring transition has been held up as a model for the region. After the 2011 uprising against Ali Abdullah Saleh, the narrative went, the UN and western-backed Gulf Cooperation Council (GCC)-mediated power transfer agreement - which offered Yemen's longtime leader immunity from prosecution in exchange for leaving power - set the country on what was to be a groundbreaking path to a more peaceful, prosperous and democratic country - under the leadership of the former president's longtime deputy and consensus candidate, Abdo Rabbu Mansour Hadi.

The slow motion collapse of this so-called model has accelerated over the past few days to unimaginable heights. On Wednesday, Zaidi Shi'a Houthi rebels - who had effectively besieged the capital since last September - made a move toward Aden, where Hadi had been since leaving Sanaa in February, forcing Yemen's embattled president to flee. Hours later a Saudi-lead coalition launched airstrikes at Houthi and military targets across the country - something that had been nearly unfathomable just days ago.

It's difficult to tell where Yemen is heading; one would have to look back to the aftermath of the 1962 revolution against the Yemeni monarchy to find a comparable point in the country's history in terms of sheer uncertainty.

Notably, the civil war that followed drew in many of the same players involved in the current conflict. Saudi Arabia and Egypt, many Yemenis have quipped, fought on differing sides but both lost, the Saudis backing the losing monarchists and the Egyptians supporting the victorious republicans but bogged down in a conflict that weakened the country's military so significantly that its been compared to Egypt's rout at the hands of Israeli army in the 1967 Six Day war. Contemporary Yemen is no kinder to invaders. The terrain is deeply rugged - and the Houthis, veterans of six wars waged against them - know the mountains of northwest Yemen by heart. 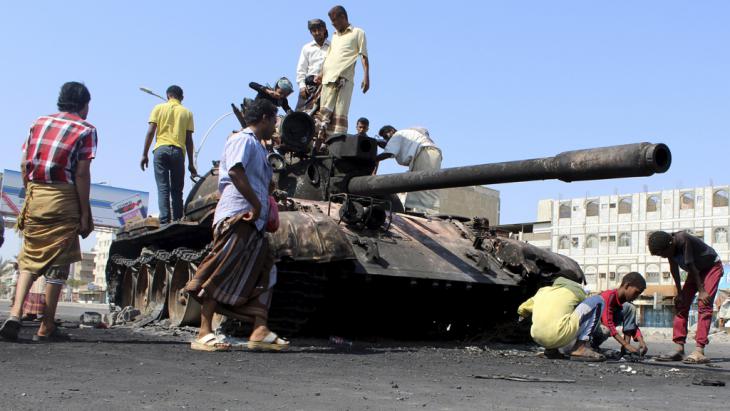 It's difficult to tell where Yemen is heading, says Adam Baron.

The question now remains how things will go moving forward. Reactions to the start of the bombing campaign have only underlined Yemen's deep internal divides. Deep opposition is widespread - even many who deeply dislike the Houthis have declared that they will back them against the coalition, highlighting the unifying effect of blowback from foreign intervention. But many Yemenis - particularly in the South and center of the country - have expressed support for the strikes, hoping that the coalition will end the Houthis' hegemony.

It's far from certain that will be the case. The Houthis remain the dominant power in much of Yemen's north, benefitting from an alliance with key branches of the Yemeni Armed Forces, many of which remain loyal to former President Saleh. But the Saudi-lead coalition strikes have already gone a long way in degrading those forces' capabilities, striking a key air force base in Sanaa that is under Houthi control. But the Houthis will be difficult - if not impossible - to defeat through airstrikes alone, and the repercussions from the ensuing civilian casualties risks inflaming Yemenis further against what is already a controversial intervention.

Beyond all of this lies the question of what comes next. The Saudi-lead coalition has stated that its goal is to restore Hadi, who they say remains Yemen's legitimate president. But bringing Hadi back into the seat of the presidency is undeniably easier said than done. Hadi's weakness as president ultimately paved the way for the current crisis; the fact that his current location is unknown only heightens the questions regarding his ability to restore the central government's hegemony over the whole of Yemen. Indeed, there's a tremendous risk of a power vacuum if the Houthis were removed - one that extremist groups like Al Qaeda in the Arabian Peninsula would be more than happy to capitalize on.

At this point, it remains clear that the only solution is a form of peaceful dialogue. Neither Saudi Arabia, nor Iran, nor the United States nor, to state the obvious, Yemenis stand to gain from an extended armed conflict. But worries are rife that the time for talks may have passed. Indeed, by striking Yemen, the anti-Houthi coalition may very well have opened a pandora's box that could shake the Arabian Peninsula and the rest of the region in uncertain ways in the days, weeks and months to come.

Adam Baron is visiting fellow at ECFR, his areas of expertise are Yemen and the Arab Peninsula. Between 2011 and 2014 he worked as a journalist in Yemen for various publications including The Economist and the Christian Science Monitor.

Although many Arabs express sympathy for the Ukrainian people, social media reveals a current of support for Russian President Vladimir Putin that is rooted in polarisation, ... END_OF_DOCUMENT_TOKEN_TO_BE_REPLACED

Syria, Egypt, Saudi Arabia and the UAE are among those countries increasingly misusing cybercrime legislation to silence dissent and curb freedom of speech. Could a new global ... END_OF_DOCUMENT_TOKEN_TO_BE_REPLACED

With regard to gender justice, things look bleak in the Arab world. Laws typically discriminate against women, while national legislation all too often does not comply with the ... END_OF_DOCUMENT_TOKEN_TO_BE_REPLACED

Anger in the Middle East is spreading over comments made by an official of India's ruling BJP about the Prophet Muhammad, with various countries summoning New Delhi's envoy and a ... END_OF_DOCUMENT_TOKEN_TO_BE_REPLACED

The Ukraine war is changing the global geopolitical landscape. Ali Khamenei, Iran's most powerful man, is already cosying up to Russia in anticipation of a harsh post-war reality ... END_OF_DOCUMENT_TOKEN_TO_BE_REPLACED

The Ukraine war has seen energy prices spike with oil producers in the Middle East making more money than ever. But will it put the brakes on long-planned reforms to diversify oil ... END_OF_DOCUMENT_TOKEN_TO_BE_REPLACED

Comments for this article: Opening Pandora's Box in Yemen

Thank you Adam for your fair

Thank you Adam for your fair-minded and detailed article.

It's hard to find out what's going on in the country (espcially now). You and Iona have been the best reporters.

Keep it up please. Yemen deserves to be reported on and there is far too much dishonesty in what people say is happening there.

END_OF_DOCUMENT_TOKEN_TO_BE_REPLACED
Social media
and networks
Subscribe to our
newsletter