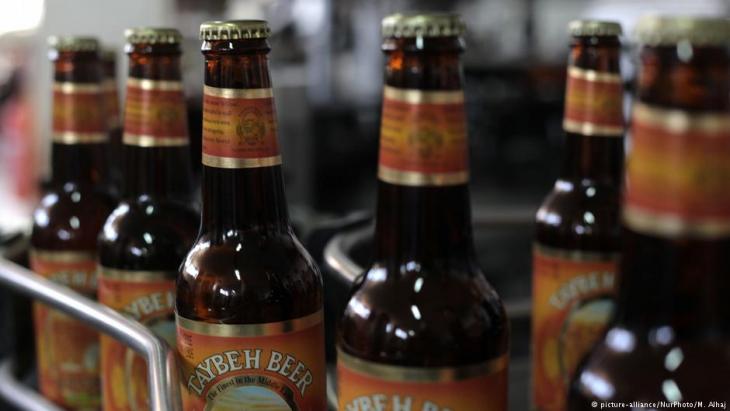 Beer from the Holy Land
Kosher and halal

Despite the political conflicts, a Christian Arab family has been successfully brewing beer in the Palestinian territories for about 25 years. The brewery takes both Muslim and Jewish dietary stipulations into account. Jamal Saad paid a visit

"People here are grateful for any distraction," says Nadim Khoury, founder and owner of the first brewery in the Palestinian Territories. "With or without alcohol, a bottle of beer helps people relax and allows them to forget politics for a while."

Business is booming, the cash register is ringing. Nevertheless, the brewery, which Nadim Khoury founded together with other family members some 25 years ago, was a political project right from the start. Khoury's foray into beer production in the West Bank in 1994 was strongly inspired by the spirit and euphoria of the Oslo agreements signed a year earlier, which were actually supposed to pave the way for the founding of a Palestinian state alongside Israel. The brewery's homepage still refers explicitly to this historic date.

An independent state needs its own brewery – the concept was obviously one that appealed to long-time Palestinian President Yassir Arafat at that time. The Palestinian icon, who died in 2004, personally supported the plan for a Palestinian brewery, Nadim Khoury likes to tell visitors to his family business, which now produces wine and olive oil in addition to beer, as well as running an affiliated hotel.

The Palestinians may still not have their own state, but the brewery has gone from strength to strength and now produces six types of beer for Germany and abroad: "Golden", "Light", "Dark", "Amber", "White" and "Alcohol-free". "All six varieties are brewed in strict accordance with the German Purity Law," emphasises chief brewer Khoury and is no less proud to report that 60 percent of his beer is sold in the Palestinian autonomous territories, 30 percent in Israel and the rest abroad. 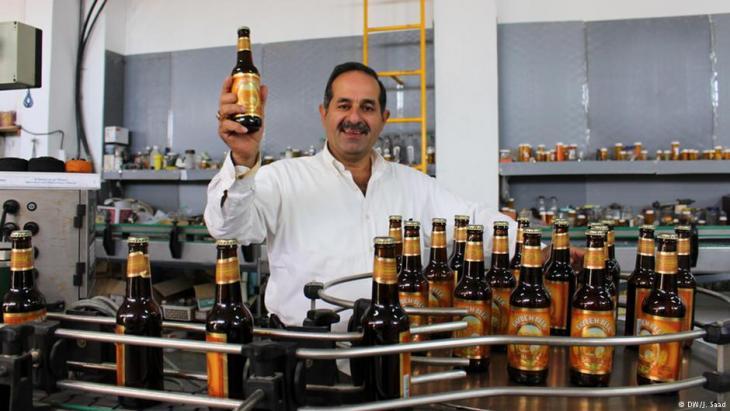 Beer made in Palestine: "All six Taybeh varieties are brewed in strict accordance with the German Purity Law," emphasises chief brewer Khoury and is no less proud to report that 60 percent of his beer is sold in the Palestinian autonomous territories, 30 percent in Israel and the rest abroad

In addition to the USA, where Khoury learned how to brew beer during his studies, export countries include "beer nations" as diverse as Spain, Great Britain, Chile, Japan and Germany.

The 59-year-old is also proud that his family has produced barley juice for Israeli beer lovers – including official certification as a "kosher product" by a rabbi, which served him as a market opener for Israel – since the very beginning.

Khoury also aims to contribute in some small way to the peaceful co-existence of Israelis and Palestinians, as well as Christians, Jews and Muslims. All six varieties are labelled "kosher", the alcohol-free variety also trades under the label "halal", so that in theory it can also be drunk by devout Muslims.

Not unimportant in a region where well over 90 percent of the inhabitants are Muslims – even though the Khoury family and their brewery reside in a Christian enclave. The 1,500-strong village near Ramallah has the same name as the beer they produce there: Taybeh – which means "good" or "tasty".

When Khoury praises his beers, he enthuses about the "taste of Palestine", but also likes to refer to the annual "Oktoberfest" in Taybeh, organised by his brewery according to the Bavarian-German model: "Visitors donʹt just come from Palestine and Israel. Beer lovers arrive from as far afield as Europe and the U.S.," reveals a delighted Khoury. He is convinced: "Beer doesn't just bring people together, beer can even contribute to peace!" 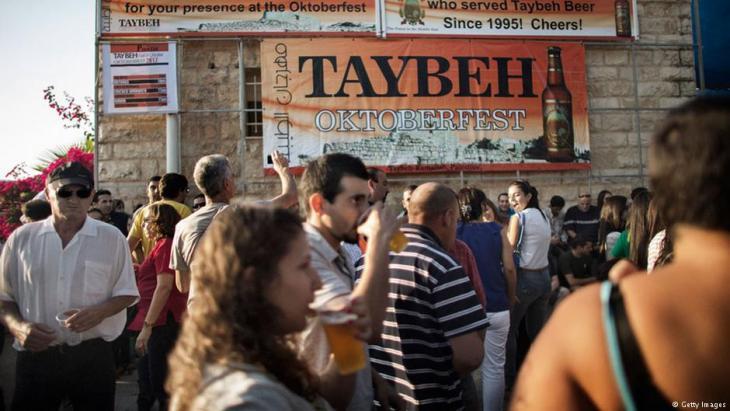 The "taste of Palestine": every year, the brewery in Taybeh hosts an Oktoberfest based on the Bavarian-German model. "Visitors donʹt just come from Palestine and Israel. Beer lovers come from as far afield as Europe and the U.S.," reveals a delighted Khoury. He is convinced: "Beer doesn't just connect people, beer can even contribute to peace!"

Nevertheless, the odd conflict remains – the brewery is still heavily dependent on political and social whims. The Hamas movement, for example, prevents the import of Taybeh beers into the Gaza Strip, which is under its control – Nadim Khoury is even forbidden from importing the alcohol-free version into the Islamist territory.

Business in Israel is also subject to constant fluctuation. Before the second Intifada, the Palestinian uprising from 2000 to 2005, sales of the Palestinian beer at times achieved a market share of as much as 70 percent, more than twice as much as the current level. Back then, Palestinians in Israel were perceived far more as future peace partners than they are today. Today, on the other hand, peace appears to be a lost cause and a solution to the conflict over the "Holy Land" seems a long way off. It is a situation that inevitably has an impact on the Khourysʹ business.

What most concerns the Palestinian beer brewers are the recurring access restrictions. While hops, malt and yeast are imported from Europe, water for the Palestinian beer comes from a nearby source under Israeli control. The Israeli authorities can turn off the tap at any time – and have done so several times in the past, complains Khoury.

"Without water, of course, production stops," he sighs, complaining about further restrictions imposed by the separation wall and Israeli checkpoints in the Palestinian territories. "We can still only export our beer abroad via Israel", he says, "but the controls often take days". Nevertheless, despite the adverse circumstances, he is still proud to be able to point to an annual production of 600,000 litres of beer in the Holy Land.

With reported hostilities against Israeli journalists and the flag of the Palestinian territories flying on the streets and in the stadiums, it is clear the World Cup in Qatar is ... END_OF_DOCUMENT_TOKEN_TO_BE_REPLACED

When is it and when is it not acceptable to display a political banner at the World Cup in Qatar? The answer seems to depend largely on the political message, with fans ... END_OF_DOCUMENT_TOKEN_TO_BE_REPLACED

A leading light of Israeli theatre, Ofir Henig has directed the Israel Festival and is the only female director to have been awarded the Israel Theatre Prize. These days, however ... END_OF_DOCUMENT_TOKEN_TO_BE_REPLACED

With the current leadership of Iran quick to lay the blame for the Iran protests on Israel, the chances of harmonious relations between the two countries still seems remote. Yet, ... END_OF_DOCUMENT_TOKEN_TO_BE_REPLACED

Daniel Barenboim is not only a world-famous pianist and conductor. He has also worked tirelessly to foster understanding and reconciliation between Palestinians and Israelis. By ... END_OF_DOCUMENT_TOKEN_TO_BE_REPLACED

After a two-year hiatus, the Arab League re-convened at the beginning of November in Algiers against a backdrop of uncertainty and discord. By Pierre Boussel END_OF_DOCUMENT_TOKEN_TO_BE_REPLACED
Author:
Jamal Saad
Date:
Mail:
Send via mail

END_OF_DOCUMENT_TOKEN_TO_BE_REPLACED
Social media
and networks
Subscribe to our
newsletter