Politicians on the defensive

To compensate, politicians and political parties have resorted to using the financial and health crises to score points and regain a measure of popularity. On the defensive and in survival mode, they are in search of scapegoats to draw attention away from themselves.

In mid-April, the government and its backers – principally the Free Patriotic Movement and Hezbollah – sought to put the blame on the central bank governor, Riad Salameh, evidently as part of an effort to oust him and replace him with a figure of their choice.

It was reported, however, that the United States and France had warned Lebanese officials, through their ambassadors in Beirut, that removing Salameh now was a bad idea. Still, he continues to be a target of the protestors, who blame him for having covered for the policies that brought Lebanon to where it is today. 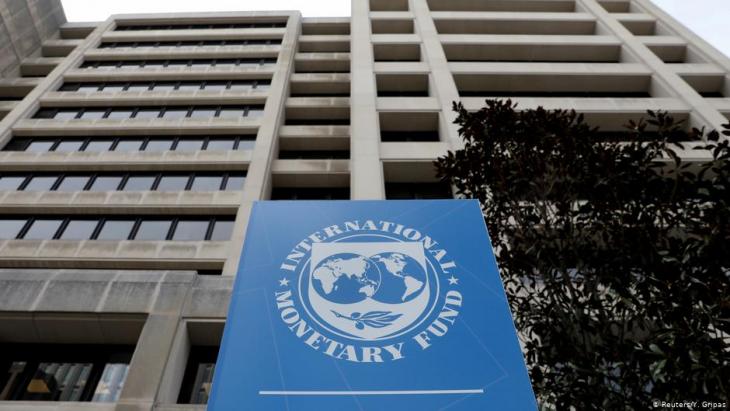 Cap in hand to the IMF? Whether Lebanon can secure an immediate injection of dollar liquidity from the International Monetary Fund remains to be seen. The IMF requires "a transparent and measurable reform plan". Yet spending cuts in the public sector, ending the hijacking of state institutions and reform of the highly inefficient electricity sector would undermine the vested interests of many, who thus far would prefer the country to go to the wall than accept the pain of adjustment

Lost in this noise are the broader interests of a population that is seeing its country disintegrate. The mercenary behaviour of the political class was most evident in the government’s decision, in the midst of the coronavirus crisis, to enact a new system to help the most vulnerable rather than use an existing World Bank national poverty targeting programme it associated with previous governments. The new system needs time to set up, which Lebanon’s poor population doesn’t have and allows much room for nepotism and abuse.

Lebanese fear for their livelihoods

Meanwhile, political parties are adopting local measures to address the needs of their constituents, furthering the prospects of fragmentation and possibly even conflict. All politicians or parties have announced plans for combatting the spread of the coronavirus, including the establishment of quarantine areas, the deployment of medical staff and sanitisation crews and food assistance to the needy.

Each party, in co-ordination with municipalities within their zones of influence, have established isolation centres for COVID-19 patients who do not have the means to self-isolate at home. Hezbollah has deployed the most extensive efforts, including establishing nineteen isolation centres and has even conducted tours for international and local media to showcase their efforts.

Yet these measures will not be enough. Despite the coronavirus, the Lebanese have been back on the streets in recent days protesting the catastrophic decline in their livelihoods. People are going hungry and some protests are turning violent as protestors attack banks, now a potent object of their anger.

This behaviour implicitly assumes that the public has no expectation that the politicians will address the root causes of the country’s financial crisis. What Lebanon is facing today is likely to last for years and the chances of recovery are thin.

The security repercussions of social unrest will be significant and are difficult to assess. Lebanon’s trajectory is one of expanding hardship and a probable exodus of all those capable of finding work abroad.

Compromise and reform the only answer

As more and more businesses declare bankruptcy, a larger number of Lebanese will find themselves on the streets, especially youths who today see no prospects of employment or of building a life in their country.

And as the resources of the political actors dwindle, the power vacuum on the ground may leave room for those hoping to gain from instability. For Lebanon to avoid implosion, its politicians and parties must recognise that to preserve themselves they will need to preserve the country.

That will mean accepting a necessary level of reform. While this may be a tall order, it is a required first step to preventing a drift toward conflict. The politicians will also need to allow a government of independents to take office, one tasked with negotiating a financial and economic rescue plan for Lebanon and overseeing early elections.

While the former is critical for social stability, the latter is crucial for regaining legitimacy and renewing political life. Without this, Lebanon will continue its slide into chaos and possibly worse.

Home
Print
Newsletter
More on this topic
A toxic combination of sectarianism and rentierism: Lebanon's perfect stormInterview with Lebanese director Rabih Mroué: "First, they all have to go. And all means all"Middle East: Lebanon's protesters are here to stayInterview with Lebanese activist Nizar Hassan: Beirut's ruling elite may be down, but they are not yet out
Related Topics
Confessionalism, Coronavirus, Democracy and civil society, Economy, Hezbollah, Lebanese Civil War, Poverty, Shia Islam | Shiite Muslims, Social movements, Sunni Muslims | Sunni Islam
All Topics

No other Western poet was arguably so well-versed in the Koran or so fascinated by Islam as Germany's national hero, Goethe. In a new publication that examines all Goethe's ... END_OF_DOCUMENT_TOKEN_TO_BE_REPLACED

The disappearance of Razan Zeitouneh and her colleagues has been one of the greatest mysteries of the Syrian war – until today. DW's investigative unit hunted clues across six ... END_OF_DOCUMENT_TOKEN_TO_BE_REPLACED

Who’s financing, planning and commissioning terror attacks in Europe? This investigative documentary follows a trail that leads to Pakistan’s intelligence service, the ISI, which ... END_OF_DOCUMENT_TOKEN_TO_BE_REPLACED

The Libya Conference will be held in Berlin on 23 June. Much has been achieved since the last Libya Conference in Berlin in January 2020. The ceasefire is holding, there is a ... END_OF_DOCUMENT_TOKEN_TO_BE_REPLACED
Author:
Maha Yahya
Date:
Mail:
Send via mail

END_OF_DOCUMENT_TOKEN_TO_BE_REPLACED
Social media
and networks
Subscribe to our
newsletter