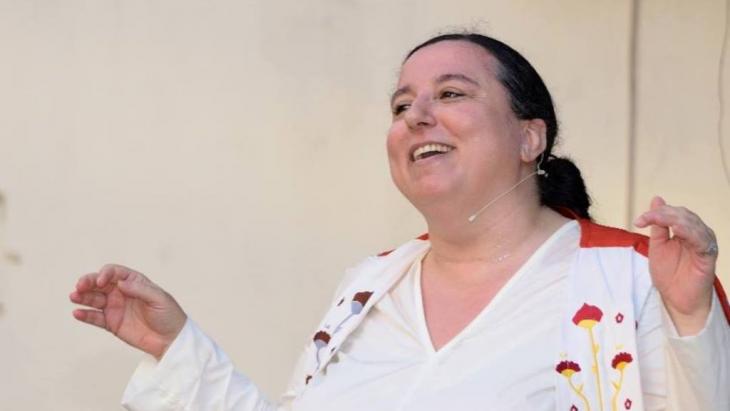 If she just played with the image of the victim, it would make things a lot easier for her, but that’s not what she’s going for: the Lebanese children’s book publisher Nadine Touma and her colourful portfolio. Lena Bopp paid her a visit.

A small apartment in Beirut. A flying fish on the wall. A display cabinet of dead beetles. And in one corner of the living room – where, as you will frequently find in apartments in this city, a lot is happening all at once – a glowing wooden model of the legendary Baron Hotel in Aleppo. This is where Nadine Touma lives, where she works, and where she sells the books published by her publishing house Dar Onboz, which are spread out on two long tables. For many years now, Dar Onboz has been making the question of what an Arab children’s book is redundant, with great aplomb.

Dar Onboz was founded in the summer of 2006, during the war against Israel. Its founders, Nadine Touma and Sivine Ariss, viewed it as a personal act of resistance against a violence that they both remembered from the days of the civil war.

Their initial list consisted of five books. Every one of them was a mini revolution. Board books for crawling babies had barely existed here before. And the work illustrated by Areej Mahmoud in black Chinese ink was a first, too – not just because it was entirely black and white, but because his story was told solely in the form of questions ("Are all heroes boys?"). There was also an accompanying CD of music specially composed for the book by Charbel Haber, who is known in Beirut as a pioneer of experimental music.

It was the first time children’s books had appeared in hardback in this cultural sphere, with the names of both author and illustrator on the cover – all things that seem natural in other languages, but were not for children’s books in Arabic.

For a long time, Arabic children’s books had a reputation for being didactic, for finger-wagging stories with religious underpinnings or a political bias. And for being printed on thin paper, making them look cheap in comparison to the other offerings in Lebanon’s polyglot bookshops.

If children are made to think that all the beautiful books, all the lovingly illustrated and imaginatively told stories are only available in French or English, what kind of attitude are they likely to develop towards their mother tongue? That is the key question driving Nadine Touma and Sivine Ariss. 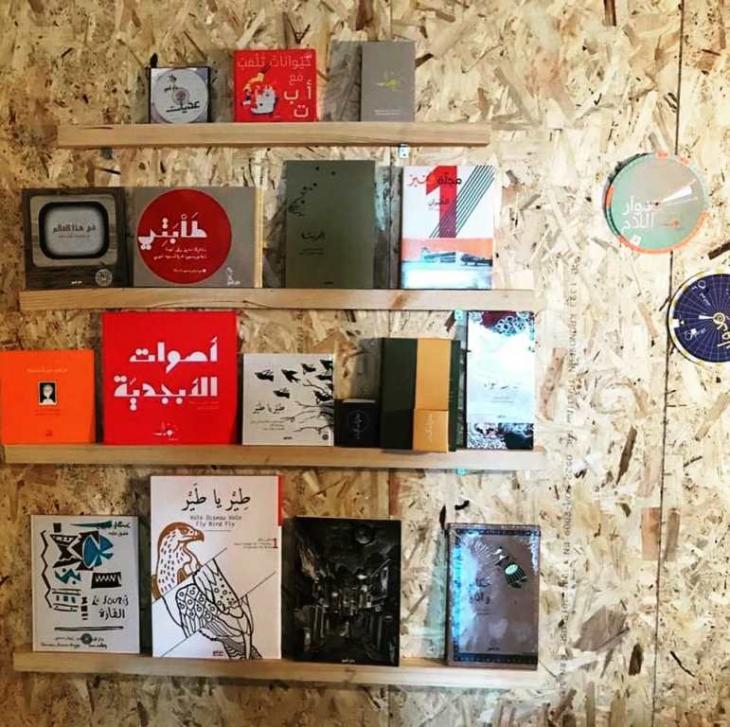 Each book a mini revolution: the desire that art should no longer be accessible only to a select group of society, but should already be firmly anchored in the everyday lives of children, led Nadine Touma, Raya Khalaf and Sivine Ariss to found the publishing house "Dar Onboz" in 2005 as a pan-Arab platform, dedicated specifically to modern illustration art

New books are on ice

They have caused some amazement with the design and format of their books. Some are illustrated with collages and linocuts, others in oils or ink. They are almost always accompanied by music, arranged by Sivine Ariss in such a way as to make unusual links – such as when a traditional instrument like the kanun strikes up a lullaby, or a piece from the repertoire of Western classical music. And almost all the books have some kind of add-ons, in the form of videos, paper model kits, mobiles, peep-show boxes, posters, postcards or construction kits.

Over the years, Dar Onboz has developed a substantial fanbase. They follow the two women on their "Dar Onboz Journeys", which take them all over the country. To readings in mosques and schools. Into the tents of the protest movement, which populated the centre of Beirut a year ago. And onscreen too, where Nadine Touma has been playing the role of the Arab storyteller, the hakawati, streaming herself into people’s homes during lockdown.

But she has now had to abandon the core part of her business: publishing books. The economic crisis in Lebanon has seen the value of the Lebanese currency plummet, which is devastating for a country that imports the majority of its goods and has to pay in dollars on the world markets. Every industry is affected, including publishing: paper and ink are imported, as are replacement parts for the printing machines. Like many businesspeople in the country, Nadine Touma and Sivine Ariss are currently selling off what stock they already have. New books have been put on ice.

Lebanon and Sri Lanka may be a world apart, but they share a history of political turmoil and violence that has led to the collapse of once-prosperous economies bedevilled by ... END_OF_DOCUMENT_TOKEN_TO_BE_REPLACED

With regard to gender justice, things look bleak in the Arab world. Laws typically discriminate against women, while national legislation all too often does not comply with the ... END_OF_DOCUMENT_TOKEN_TO_BE_REPLACED

When times are tough, the exchange of ideas and perspectives becomes especially important. It takes dialogue. And at Deutsche Welle, we need distributors and cooperative partners ... END_OF_DOCUMENT_TOKEN_TO_BE_REPLACED

As the Lebanese economy has collapsed, so has the country's health system. Many medicines have become scarce or unaffordable. Confronted with a failing state, the Lebanese are ... END_OF_DOCUMENT_TOKEN_TO_BE_REPLACED

END_OF_DOCUMENT_TOKEN_TO_BE_REPLACED
Social media
and networks
Subscribe to our
newsletter