Grief, sympathy, horror. Where will it lead? This is the question we ask ourselves following the attack on the Berlin Christmas market. For terrorists, the answer is clear: it will lead to fear and terror. To the wrong reactions. To a split in our society, which will facilitate the recruitment of new terrorists among the marginalised. To changes that rob our society of what makes life worth living: our freedoms, our coherence and our sense of security.

Some are now saying that we are involved in a WAR against terrorism. I believe this label to be wrong, despite the fact that it arises from horror at the deed. Because this labelling can result in the wrong measures being taken – this is not simply a row over the right way to describe what has happened.

"War on terror" was the motto of George W. Bush. At the time, there was criticism of such talk of war in this context: when does it end? Are we now in a perpetual state of war, because terrorist attacks can never be stopped for good? Should terrorists be recognised as combatants in this war, although they are criminals? Surely not. Talk of war will naturally lead to a focus on the military aspect, instead of a comprehensive programme of measures to fight terrorism.

FIGHT against terrorism – that is the correct description. And this is what it involves: combating terrorism using the police, the intelligence services and – where necessary (in the case of Daesh) – military means. Not to mention shrewd policies.

Berlin attack: an overview in pictures 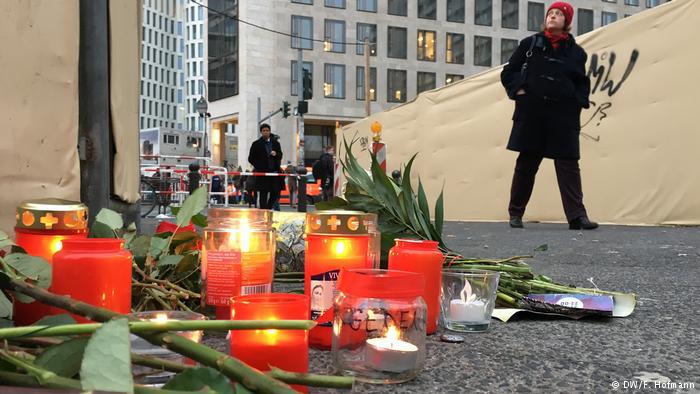 City in shock: on Tuesday morning, just hours after a truck ploughed into a Christmas market in the heart of the city, candles and roses had been laid near the entrance of a nearby station. Security forces are patrolling trains and train stations, police are on high alert in Berlin as flags fly at half-mast. Streets in the area of the incident remain closed off, and buses have been re-routed 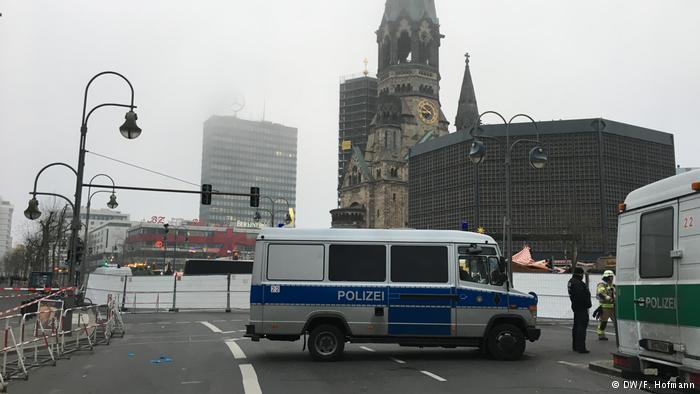 Heightened police presence: Berlin's police office and attorney general have taken over the investigation. The federal prosecutor has also launched preliminary proceedings into the incident. Investigators last night asked the public via social media not to go to the scene of the crime or spread false news 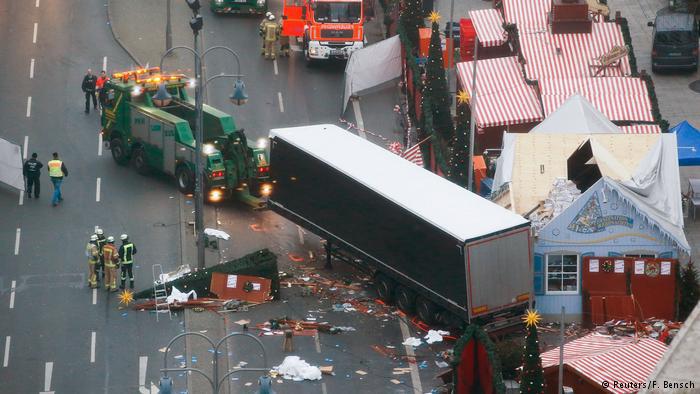 Clean-up efforts: "Our investigators are working on the assumption that the truck was deliberately steered into the crowd at the Christmas market," police said on Twitter. The truck has meanwhile been towed and taken in for a forensic examination. Police are investigating leads that the vehicle may have been stolen from a construction site in Poland 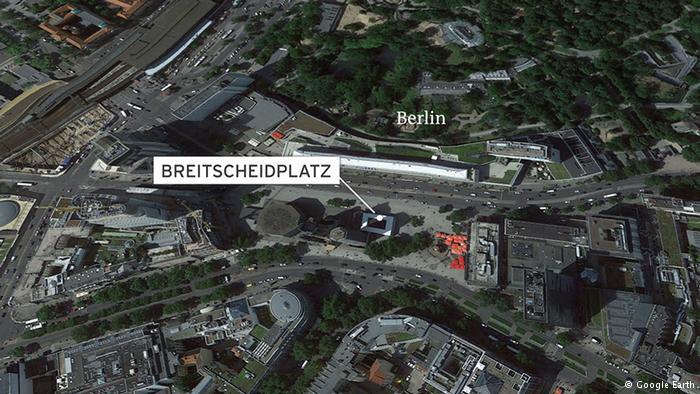 Where it took place: Breitscheidplatz, the square in front of the Kaiser Wilhelm Memorial Church, is a popular tourist destination. To the northeast of Breitscheidplatz is the Berlin Bahnhof Zoo, and to the south is the famous Kurfurstendamm shopping street 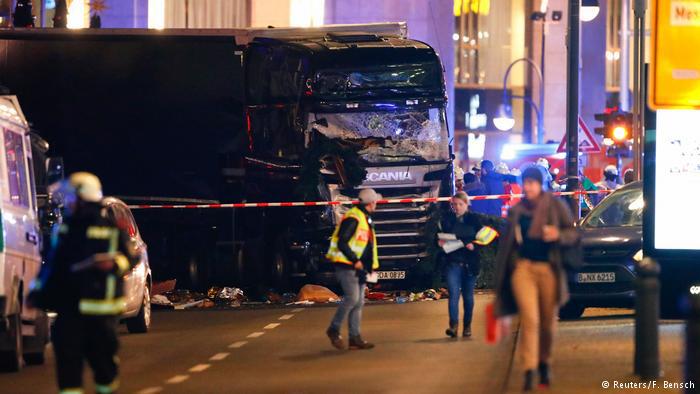 What happened: a truck drove straight into a crowded Christmas market in a popular shopping area in Berlin late Monday evening. This image is reminiscent of a similar attack in Nice last July, in which 86 people were killed when a man drove a truck through a crowd. In response to the Berlin tragedy, France has beefed up security at its own Christmas markets 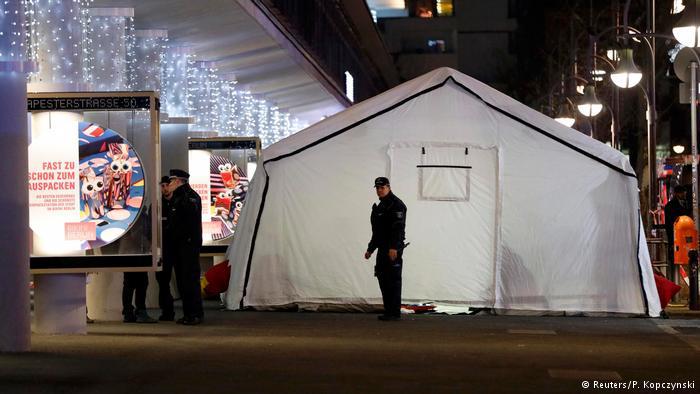 The victims: police have confirmed 12 deaths so far. At least 50 people were injured, some seriously. Rescue workers set up emergency tents on site. The university hospital Charite was ready to accept the injured, according to Berlin Mayor Michael Muller 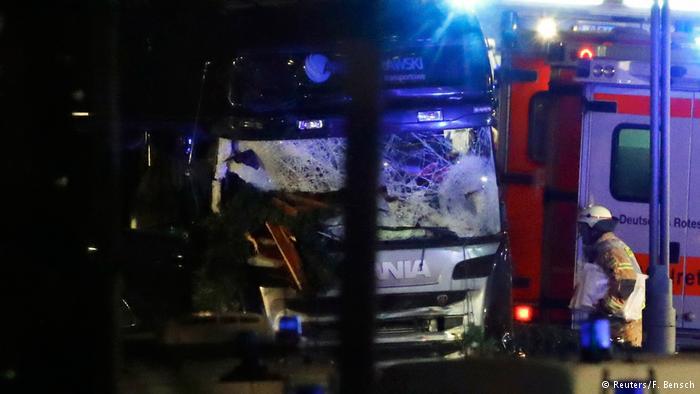 Searching for suspects: police initially detained a 23-year-old asylum-seeker from Pakistan in connection with the truck attack. Authorities released him on Tuesday, citing a lack of evidence. Berlin police admitted they may have apprehended the wrong suspect. The driver of the truck is believed to be at large. Authorities said one or more fugitives were likely armed and dangerous 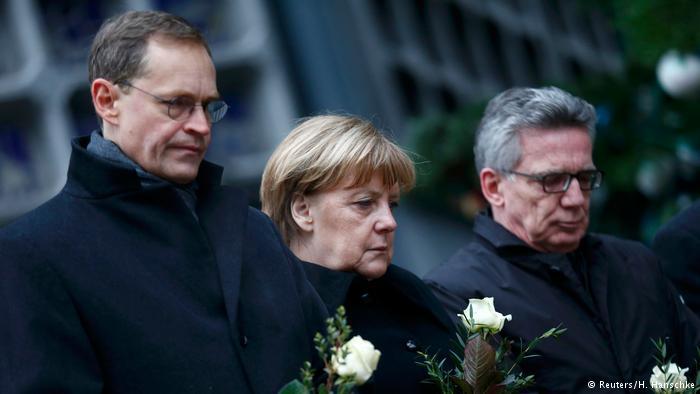 'This was a terrorist attack': condolences have been pouring in from all over the world. "A country is united in mourning," Chancellor Angela Merkel told the nation on Tuesday morning. Calling it a terrorist attack for the first time, Merkel described the incident as "cruel and beyond comprehension″

Mistrust thrives on suspicion and rumour

Mistrust thrives especially well in a hotbed of suspicions and rumours, so that in the end anything is deemed possible. More than ever it is therefore of paramount importance to desist from public speculation, which as security agencies repeatedly warn, also hampers their work.

How can we protect ourselves? This question does not just concern safety from attacks, but also protection from fear. To date, our security agencies have already prevented many attacks and they are continually working on improving the protection of the population still further: through international co-operation and police and intelligence service reconnaissance. We should follow their advice on how to prevent attacks and be vigilant against them. All these measures may not guarantee 100 percent security, but they do provide a very high level of security against not becoming victims of a terrorist attack ourselves.

Read between the lines

Nevertheless, the fear remains. How can we protect ourselves from this fear? I do not believe there is a magic formula for this. But it could help to understand what terrorists aim to achieve – and to behave in exactly the opposite way. We should have faith in our security agencies and our government that everything possible is being done at all times for our security and to prevent terrorist attacks.

We should inform ourselves from serious media, not from obscure blogs – and not believe every rumour just because it has gone viral on Facebook. Our media also deserve to be trusted. 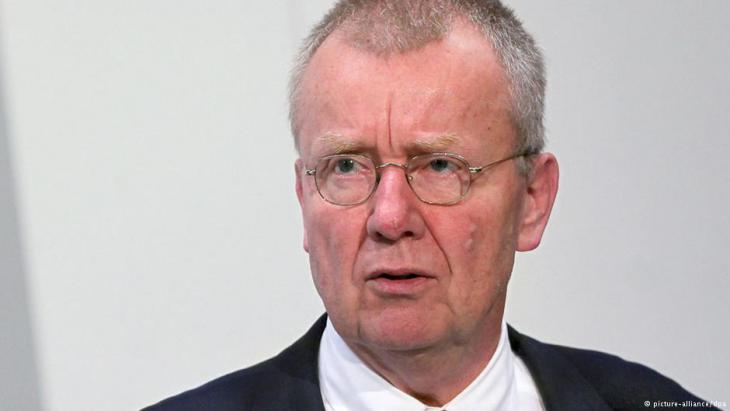 Ruprecht Polenz was a member of parliament for the CDU from 1994 to 2013, serving for many years as Chairman of the German Parliamentary Committee on Foreign Affairs. Key focus areas of his work to date have been Iranian and Turkish foreign and security policy and the conflict in the Middle East

Usually we are happy when someone understands how we feel. But we should realise: there are groups and parties such as the AfD that address fears, not to face them and reduce them, but to stoke and heighten them. This is because they want to sweep to power on a wave of fear, without offering anything to help us.

It is the strength of our open, free and pluralist society that we can live together in peace with one another as "diversely different people" (Amartya Sen). The basis for this is mutual trust – assuming nothing bad of the other until evidence shows to the contrary. For this reason, we should not assign joint liability to minorities or groups that have either collectively or individually nothing to do with attacks, even if a terrorist is revealed to belong to this minority or group. Refugees can do as much or as little about a terrorist attack committed by a random refugee as you or I.

Terrorists want us to live a different kind of life: that we can no longer visit a Christmas market or a soccer match without fear, that we avoid crowds of people and means of mass transportation, that we become mistrustful and wary of other people. We should do the exact opposite and remain as calm as possible. It is the coherence in our society that most helps to counter the horror of terrorism.

Home
Print
Newsletter
More on this topic
IS attacks in Paris and Brussels: Orchestrating a reign of terrorAfter the Paris attacks: The emotional helplessness of MuslimsAfD and its historical antecedents: Whose struggle is it anyway?
Related Topics
'Islamic State' | IS, Dialogue of Religions, International terrorism, Islam in Europe, Islam in Germany, Radicalisation, Refugees, Right-wing populism
All Topics

Business in the Moroccan city of Tangiers is booming due to its location at the nexus of global trade routes. But many locals are failing to reap the benefits. What they crave ... END_OF_DOCUMENT_TOKEN_TO_BE_REPLACED

Morocco and the European Union are at cross purposes when it comes to the Western Sahara. And, as Germany does not support Moroccan claims to the territory, a major conflict has ... END_OF_DOCUMENT_TOKEN_TO_BE_REPLACED

Jewish voices are much more diverse than the public often sees. Jewish men and women who oppose the injustice of Israeli occupation in the West Bank deserve our respect and ... END_OF_DOCUMENT_TOKEN_TO_BE_REPLACED

They’ve already got the Louvre; they’ll soon have a Guggenheim Museum as well – and now the Emirates have added literature to their quest for cultural supremacy in the Arab world ... END_OF_DOCUMENT_TOKEN_TO_BE_REPLACED

The Germans have a fragmented perception of the conflict between Israel and the Palestinians, and their discourse is dominated by certain catchphrases. All the while, there is a ... END_OF_DOCUMENT_TOKEN_TO_BE_REPLACED

An unusual organisation brings Jews and Muslims together to fight hate and promote dialogue. In the small central German city of Marburg they have been jointly calling for an end ... END_OF_DOCUMENT_TOKEN_TO_BE_REPLACED

Comments for this article: Countering the horror

The radical Muslim terrorist remains so secretive until the very last moment of attack that no Muslim will have any clues, even if he was his next door neighbor or next of kin. Use of the most advanced artillery, naval and air power against Muslim lands over the past years to eradicate terrorism from the face of the earth has multiplied this menace many folds and gave birth to the monstrous terrorist outfit – the ISIS which is feeding on Radicalization and conducing to greater terror and horror. Hence, any heavy handed approach can potentially increase rather than reduce this menace. Since the number of active Muslim terrorist is infinitesimally small compared to their population, suspecting or mistrusting the whole Muslim community will be like suspecting and mistrusting every male adult of committing rape - a passion driven crime that, like a terror attack is carried out most secretively until the last moment. So the German community need not fear the common Muslim man or a Muslim refugee as much as a German woman need not be scared of every male adult German. The comparison between a rape and terror attack though seemingly bizarre, is not irrelevant as the rapist as well as the terrorist acts in the most brutal and bestial manner while committing his heinous crime - one out of sexual passion and the other out of religious passion.

END_OF_DOCUMENT_TOKEN_TO_BE_REPLACED
Social media
and networks
Subscribe to our
newsletter