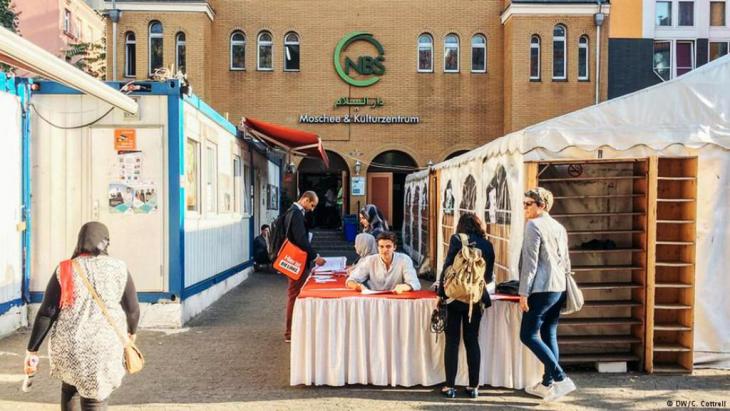 Imam Mohamed Tahi Sabri deplores the rise in Islamophobia in Germany. With state elections in Berlin scheduled for this weekend, he has been trying to mobilise the Muslim vote – no easy task. By Chris Cottrell

On a recent Friday evening, Mohamed Tahi Sabri ascended the tall wooden minbar in the Dar-as-Salam mosque in Berlin's immigrant-heavy Neukolln district and implored 1,500 of his fellow believers to do something that may seem counterintuitive to many Muslims living there: vote in the upcoming elections.

The Tunisian-born imam came to Germany 27 years ago and says that recently he's witnessed a discomforting shift in popular attitudes towards Muslims in his adopted home country.

"You've got these movements like PEGIDA and the AfD, a party that vilifies Islam in its party programme," Sabri says, referring to a populist protest movement and the far-right Alternative for Germany party, which has gone from fringe movement to a household name for many Germans, drawn to its unabashedly Islamophobic message.

"Were they to gain power, they would pass laws marginalising Muslims. So we decided that, as Muslims, we had to do something to prevent that from happening," Sabri added.

Polls only reinforce the imam's fears: a recent survey indicated that, if Germany had held national elections last month, the AfD would likely have come third with 14 percent of the vote. And lingering doubts over whether the upstart party is capable of turning its xenophobic rants into actual political mandates were put to rest when the party won more than 20 percent of the vote earlier this month in an election in the northern German state of Mecklenburg-Western Pomerania.

Sabri doesn't want to see the same thing happen in Berlin, so he has spearheaded a campaign aimed at countering what he and others say is a widespread sense of political apathy among Muslims living in the German capital. 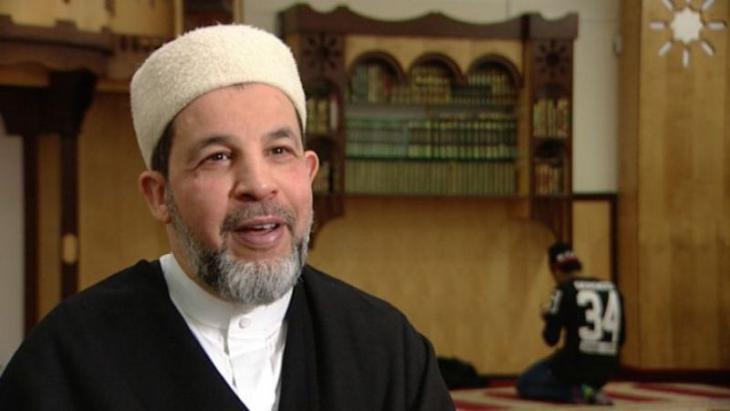 Mohamed Tahi Sabri is imam of the Dar-as-Salam Mosque in the Berlin district of Neukolln. He has been using his sermons to encourage his Muslim brothers and sisters to vote. Muslims need to counter the increase in Islamophobia by ensuring they vote, shrinking the success rates of parties like the AfD in the process

He and his team have hung posters in neighbourhoods with high densities of Arabs and German-Arabs, reminding them – in both German and Arabic – to vote in state elections on 18 September. He has spoken on the issue from his pulpit in Neukolln and he has also invited people to two events at his mosque.

The first was an information evening with a representative from Berlin's Centre for Political Education (LPB), who fielded all sorts of practical questions from "Is my ballot still valid if I draw outside the lines?" to "Can I bring someone into the voting booth with me?" The second was a town hall-style Q&A with politicians from six different parties up for election on 18 September. (A representative from the AfD who initially said he would attend cancelled at the last minute.)

The fact that Sabri and other community organisers from the Dar-as-Salam mosque are fighting an uphill battle was evident at both events, when attendees shared their various reasons for not voting.

Ahmad Swayed, a 32-year-old in a bright orange T-shirt with a picture of a ballot box and tick on the front, has lived in Berlin for the last 26 years but still isn't eligible to vote. He says it's because the authorities keep refusing to grant him German citizenship.

"I'd like to vote, sure. It's important," he said. "If you don't vote, all you're doing is helping bad parties get elected."

Swayed is familiar with the problem of inactive voters. For 11 years, he lived in Neukolln, which has one of the lowest rates of voter turnout in Berlin when elections roll around.

"I have five uncles. They all have children who are German – and none of them vote," he said. "I spend a lot of time thinking how I could convince them to change their minds." 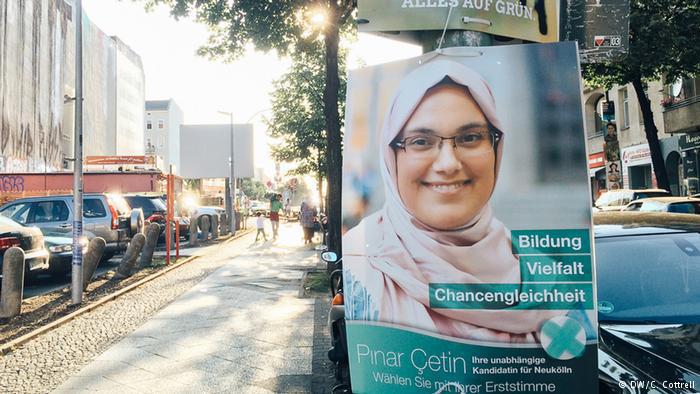 Deep-seated lethargy: in districts with a high immigrant population, voter turnout is traditionally low. "In the electoral district around the Dar-as-Salam mosque, for instance, only 51.9 percent of people who could vote did in the last state election," reports Cottrell

Though no statistics exist on the voting patterns of people according to their religion, information from the LPB in Berlin suggests voter turnout is indeed lower in districts with high migrant populations.

In the electoral district around the Dar-as-Salam mosque, for instance, only 51.9 percent of people who could vote did in the last state election. The district a few blocks over had an even lower turnout - 49.1 percent. That compares to the 78.9 percent of eligible voters who exercised their right to vote in districts with fewer people of Middle Eastern extraction, such as Reinickendorf, or 76.2 percent in Steglitz-Zehlendorf.

It's a social thing

Reinhard Fischer of the LPB, is careful to note that the correlation between religion and voting habits is very circumstantial. Indeed, Steglitz-Zehlendorf doesn't only have a smaller immigrant population – its villa-lined streets make up one of Berlin's most prosperous neighbourhoods.

"It also has to do with people's social situation," Fischer said. "By that I mean the phenomenon that people who are better established, i.e. ones who have jobs, are more likely to vote than people on the periphery."

But that doesn't change the fact that Sabri and his team are concerned that Muslims will be underrepresented in Sunday′s elections.

Ahmed Tamim is a salesman in a mobile phone shop in Neukolln. He's 31 and has lived in Germany all his life. He is eligible to vote, though he chooses not to due to what he says are religious convictions.

"I'm a Muslim and there are simply differences between Islam and the system here, the culture," Tamim said. "For me, it's not really all that important to participate."

Few Muslims have to date visited the Auschwitz-Birkenau concentration camp memorial site. Now high-ranking representatives of Muslims and Jews are travelling together to the place ... END_OF_DOCUMENT_TOKEN_TO_BE_REPLACED

The terror attacks in Paris, Brussels and Berlin were all carried out by men radicalised in jail. In Germany, politics and the judiciary are trying out new approaches to prevent ... END_OF_DOCUMENT_TOKEN_TO_BE_REPLACED

Elke Muller is fighting for her daughter Anna, who fell in love with a young Afghan and converted to Islam. The mother spoke to Esther Felden about feeling alienated and her fear ... END_OF_DOCUMENT_TOKEN_TO_BE_REPLACED

As historian Wiiliam Dalrymple writes in his essay, scholars are only now beginning to realise the extent to which the Mughal emperors adopted what most would assume to be ... END_OF_DOCUMENT_TOKEN_TO_BE_REPLACED