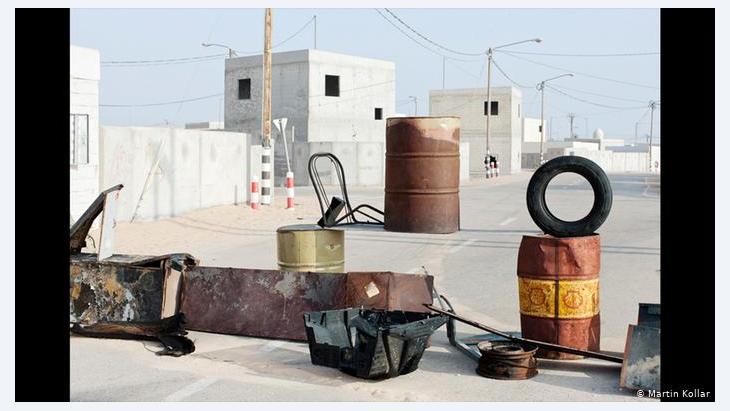 A personal take on Israel

Twelve artists from different nations were invited to participate in the long-term project "This Place". The goal was to explore Israel from a personal perspective. Their photographs and video installations can now be viewed at the Jewish Museum in Berlin. By Heike Mund

Initiator Frederic Brenner is a professional photographer with an international following, who himself has exhibited in galleries and museums. While working on the project "This Place", however, he found himself fulfilling a whole range of functions: "I was manager, curator, tour guide, technical assistant, fundraiser and much more. I sometimes had very little time for my own work."

Brenner was born in France in 1959. During his career as a photographer, he has mainly devoted himself to presenting aspects of Jewish life – both in Israel and around the world. His most famous work is "Diaspora": for over 25 years he captured the life of Jewish communities in more than 40 countries. Homeland, belonging, exclusion, community and religiosity are not only topics that interest him as a photo artist.

The idea for his ambitious photo project arose in 2005: "This Place" was intended to bring together artists of different nationalities, religions and biographical backgrounds. Everyone would be able to explore the land of Israel from their own cultural and religious background and choose their own motifs. They were expressly encouraged to take a subjective view.

There were no guidelines, neither in terms of time nor content. The only restriction was that Israeli and Palestinian photographers should not be included. "We wanted people with a fresh perspective, not those involved in the daily political conflict in Israel," explained Brenner.

It took years of intensive collaboration with curators and Brennerʹs gallery owner in New York to turn it into an artistic concept. "I knew I needed comrades-in-arms," Brenner says in retrospect. "Artists who are driven by their own questions and whose works can highlight rifts and paradoxes." 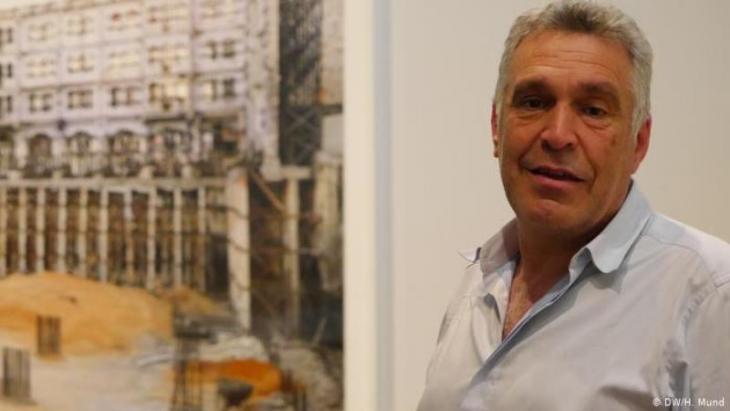 A multi-faceted portrait: "Israel is a place of radical otherness and radical dissonance," says exhibition initiator Brenner. "This project is also about a kind of polyphony that characterises the country today. We need to understand that we have to get involved in this polyphony – even that which is inside us"

Twelve internationally renowned photographers and photo artists, including Brenner, travelled to Israel time and again for the project. Using their cameras, they explored the highly diverse Israeli landscapes and, after internal discussions between the project leader, curator and participating photographers, even ventured into the West Bank.

The photographers travelled from the barren Negev Desert in the far south to smaller towns and historical cities such as Jerusalem, Ramallah and Bethlehem to the Golan Heights on the border with Syria and on to the coastal city of Tel Aviv. Sometimes alone, sometimes with a team. Their empathetic view of Israel ultimately yielded a fascinating puzzle of the multi-religious and multi-coloured society of this country.

For some, it was the first time they had ever visited and experienced what it means to live in a country steeped in religiousness and biblical history. All participants were given as much time as their photographic excursions required. The elaborate project was financed by a foundation.

Some photographers travelled several times to Israel for short flying visits, while others stayed for weeks and even months in the country to deal intensively with the protagonists they had selected. Their photographs document Israel in the years 2009 to 2014, each artist made their own selection of images for the exhibition.

The Kurdish YPG militia did the heavy lifting in the fight against the "Islamic State", yet many foreign YPG adherents, including Germans, have come home to find themselves under ... END_OF_DOCUMENT_TOKEN_TO_BE_REPLACED

Few Muslims have to date visited the Auschwitz-Birkenau concentration camp memorial site. Now high-ranking representatives of Muslims and Jews are travelling together to the place ... END_OF_DOCUMENT_TOKEN_TO_BE_REPLACED

The terror attacks in Paris, Brussels and Berlin were all carried out by men radicalised in jail. In Germany, politics and the judiciary are trying out new approaches to prevent ... END_OF_DOCUMENT_TOKEN_TO_BE_REPLACED

Elke Muller is fighting for her daughter Anna, who fell in love with a young Afghan and converted to Islam. The mother spoke to Esther Felden about feeling alienated and her fear ... END_OF_DOCUMENT_TOKEN_TO_BE_REPLACED

As historian Wiiliam Dalrymple writes in his essay, scholars are only now beginning to realise the extent to which the Mughal emperors adopted what most would assume to be ... END_OF_DOCUMENT_TOKEN_TO_BE_REPLACED
Author:
Heike Mund
Date:
Mail:
Send via mail