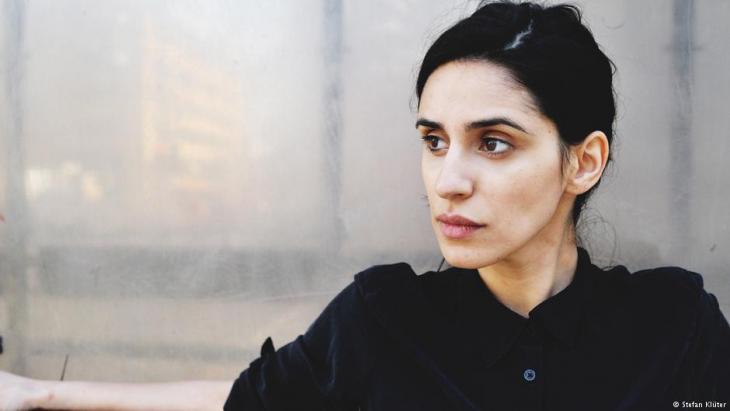 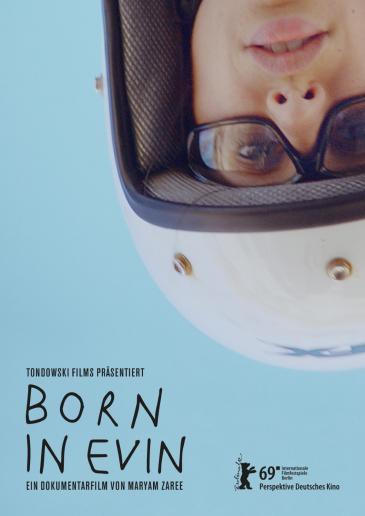 In conversation, the two women discover that they have more in common than they think: as the children of oppressed opposition members abroad, they were turned into successful and responsible adults – quasi as proof of the correctness of their parents' ideals. We witness their struggle to put this into words. The truth is too painful.

Zaree does not spare herself in the film in general. The camera is there when her father, as a manifestation of repression, pulls out a towel from under the bed that he has been keeping in a drawer for over 30 years: it comes from Evin Prison. Its previous owners were two of his fellow inmates. Both were 29 years old when they were hanged. After that it became his property.

The scenes in which Zaree finally confronts her mother about the black hole in their family history, exposing herself to her greatest fears to the point of desperation, are excruciatingly long.

Yet "Born in Evin" is not a self-discovery trip that is all about one family. Initially, she didn't even want to appear in the film at all, says Zaree: "it was a fine line: I have an actressʹ skills, but here I was aiming to show something very realistic and authentic. Then I realised that if I wasn't part of the film, I would be denying myself. If I wanted to make a film about repression that seeks to break open the structures and dynamics of repression, then I can't continue and pretend it has nothing to do with me." 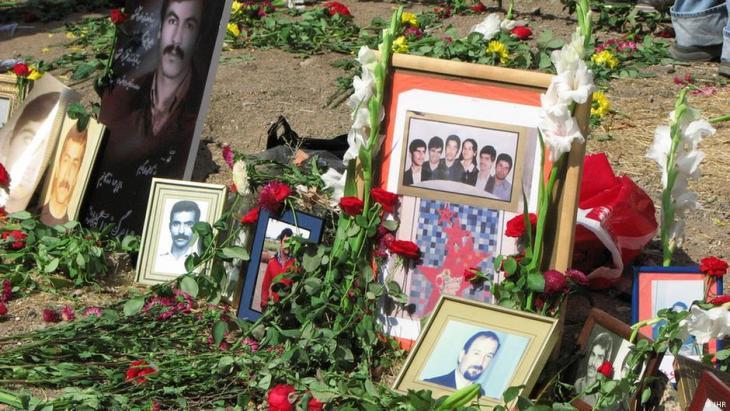 "Born in Evin" demonstrates what happens when there is no institutional reappraisal of a national trauma. The regime in Iran is not interested in a re-examination of the massacre. To this day, no one knows how many people were executed in the 1980s

The film shows what happens when there is no institutional reappraisal of a national trauma. The regime in Iran is not interested in a re-examination of the massacre. To this day, no one knows how many people were executed in the 1980s. Ebrahim Raisi, a candidate who was part of the commission that monitored the executions in 1988, stood in the 2017 presidential election.

"Born in Evin" raises the question of what narratives can the generation of children in exile create, how they can position themselves and pass on their history – and in doing so creates an analogy with the fates of today's refugees.

The work goes on

For Zaree, it is already the third part of her artistic examination of this topic: she has already written an award-winning play on the subject of speechlessness and repression and participated in an autobiographical project sponsored by Berlin's Gorki Theater.

She invested around four years in her debut film. But not full time. At this year's Berlinale, where "Born in Evin" premiered in the Perspektive Deutsches Kino section, she was involved in three productions.

Now she is looking for a little breathing space. Nevertheless, she already has an invitation for the International Playwrights' Programme run by the Royal Court Theatre in London for the summer and a few acting engagements. Just as one would expect from successful and responsible adults. Catching herself mid-sentence, she is forced to laugh.

Germany is often lauded for its atonement for its Nazi past. Yet the country upheld the structures that allowed – and allow – racism to flourish and Germanness to be intertwined ... END_OF_DOCUMENT_TOKEN_TO_BE_REPLACED

Five years after the Joint Comprehensive Plan of Action was concluded, it is on life support, following the US's reinstatement of sanctions and Iran's return to enrichment ... END_OF_DOCUMENT_TOKEN_TO_BE_REPLACED

Mikhal Dekel’s father was part of a contingent of Jewish children who went on an odyssey from Poland to Iran as a result of the Holocaust. Dekel has now written a book exploring ... END_OF_DOCUMENT_TOKEN_TO_BE_REPLACED

The protests against police violence in the USA have triggered a discussion in Germany about discrimination, immigration and the country's image of itself. Why are people who do ... END_OF_DOCUMENT_TOKEN_TO_BE_REPLACED

Journalist Michel Abdollahi was born in Tehran in 1981 and moved to Hamburg in 1986. His big breakthrough came with his television documentaries on social issues such as ... END_OF_DOCUMENT_TOKEN_TO_BE_REPLACED

END_OF_DOCUMENT_TOKEN_TO_BE_REPLACED
Social media
and networks
Subscribe to our
newsletter