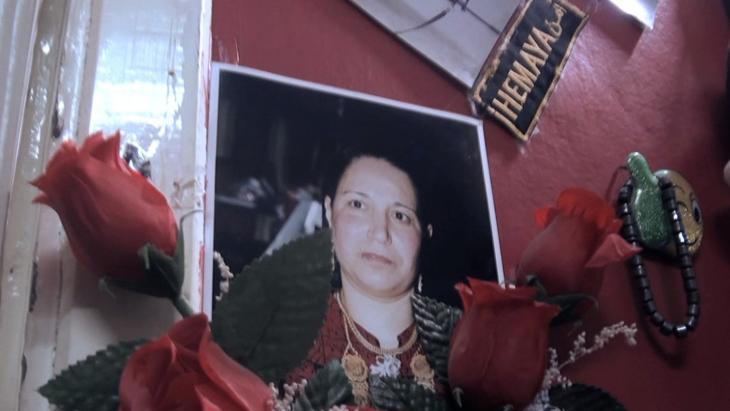 In her documentary, the young Palestinian filmmaker Samaher al-Qadi gives us a passionate and very personal view of what it means to be an Arab woman. Her film explores the oppression of women and its deep roots in society, but also women’s will to fight against it. By Rene Wildangel

Samaher al-Qadi’s personal journey began in 2003, when she left Palestine to study at the Cairo Higher Institute of Cinema. Ten years later, she started work on her documentary film "As I want". By then, the enthusiastic new beginning heralded by the Egyptian revolution in January 2011 had already been derailed; the Muslim Brotherhood had won the election by a narrow margin and taken power. Hard-won freedoms were being gradually eroded, particularly for women. Serious sexual assaults against women had been on the rise since the start of the protests, and were consistently used as a weapon against the revolutionaries; now they acquired another new quality.

On the second anniversary of the revolution, 25 January 2013, there were more serious sexual attacks during the protests against the Muslim Brotherhood. Things were even worse on the night of the mass protests against President Mohammed Morsi at the start of July 2013. But these crimes, which at their worst took the form of brutal gang rapes, are just the tip of the iceberg; women’s rights in Egyptian society have been systematically stripped away. A detailed report by Amnesty International documented the scale of the problem in 2015. 99 per cent of all women and girls surveyed by the UN Women organisation said they had been subjected to sexual harassment.

Four years before the 2017 #metoo movement began to spark numerous debates in the USA and Europe, Samaher and her fellow activists were protesting against these unbearable assaults – and a social structure that consistently oppresses women. They stood up against power structures that allow men to decide how women should dress, how they should speak, how they should move – in short: against extreme patriarchy.

Sexual harassment against women is a problem for society as a whole in Arab countries: a comprehensive Amnesty International report from 2015 documents the extent; 99 percent of all women and girls interviewed in a survey by the organisation UN Women stated that they had already been sexually harassed

Samaher Al-Qadi did not merely document this. She and her friends went to demonstrations, called for women to be able to defend themselves, filmed men harassing them, confronted them with their sexist insults and their false, supposedly moral value judgements. At that time, numerous initiatives to combat the assaults were springing up in Egypt.

But reality of life in Egypt is very different: if women yell at the men who have assaulted them, they are told be quiet; if they defend themselves using force, they themselves are seriously threatened; if they document the attacks, they are insulted; and if women allow assaults to happen, they have to live with the supposed "disgrace". The police offer no protection, and may even themselves become a danger to the women.

Time and again, it all comes back to the ideas of shame and honour with which a patriarchal education and social system have indoctrinated women. "We’re meant to be ashamed of the way we laugh, our shoulders, of a photo or the desire for freedom," says Qadi. "But I’m only realising it now, decades after the upbringing that taught me these things." In Cairo, she filmed young girls who had internalised the same attitudes, and told Al-Qadi she should dress modestly and behave "decently".

The director herself was once one of these little girls. "Part of the reason it took so long to finish the film was that it’s a very personal exploration of the subject," says Samaher Al-Qadi. While she and other activists in Cairo were growing increasingly vocal on the streets, campaigning for women’s rights, she was also examining her own past. Generations of women in her family had married young. Her sister Manal became a grandmother at scarcely 40. And Samaher was expected to follow the same path. Despite her father’s liberal stance, the women in the family had to bow to social expectations. It was moving to Cairo that allowed her to remove herself from these traditional roles: "I was the black sheep of the family." 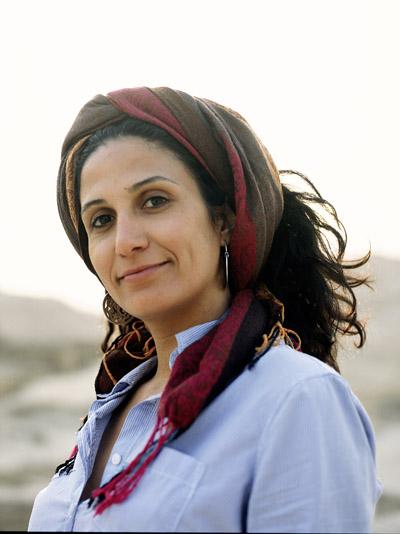 She knows how precious her own freedom is – and regrets that her late mother never had that freedom; that it was something she could never even contemplate. An imaginary dialogue with her, which she could not have in real life, runs through the film. It is only now, almost 20 years after leaving home, that she has the strength to address childhood experiences that were sometimes traumatic.

Some episodes from this period are re-enacted in the film. The protagonists are her relatives. The fact that her family has become part of the story is both a necessity and a worry for Al-Qadi: "I don’t know what’s going to happen if the film is shown at the Palestine Cinema Days in Ramallah and I go to see it with my father and siblings."

It's about future generations

While Al-Qadi’s film largely limits itself to the period when the Muslim Brotherhood was in power, its reach goes far beyond this specific episode. The structural reasons for the oppression of women are similar right across the world and, for Al-Qadi, combatting them is a universal task.

The film documents the jubilation at Sisi’s coup in July 2013, and the end of the Muslim Brotherhood’s rule – which, in hindsight, seems both understandable and tragic. Demonstrations like those held against President Morsi have not been possible for some time now, and Al-Qadi also had to stop work on the film shortly after the coup.

The filmmaker left Egypt in 2017; conditions there had got worse rather than better. The human rights abuses committed under President Sisi have gone far beyond anything the country has experienced in recent decades. Attacks by the security forces know scarcely any limits: disappearances, torture, killings.

The film does point to a law against sexual assaults brought in under President Al-Sisi in 2014. But so far, it has done little to change everyday misogyny and the state’s shortcomings. Recently, however, a new wave of activism has finally led to action by the criminal justice system. The Assault Police Instagram account, which has more than 240,000 followers, was instrumental in this.

Despite her disappointment at the path Egypt has taken, Al-Qadi therefore remains optimistic. She hasn’t given up hope of one day being able to screen her film there. "The revolution may have failed, but it did mean that people at least know what their rights are!" Her film radiates this same positive energy. For her, Al-Qadi says, it’s ultimately about future generations.

Her son Zein was a toddler during the times of unrest in Egypt, and her second son, Rami, was born during filming. Al-Qadi feels very guilty for having exposed her children to such great uncertainty. But it is important to her that they understand why their mother is working to combat the resistance with which women are confronted, both in the Middle East and worldwide. "Change takes time," she says. "It takes more than revolutions, regime change or laws. The change will come with our children and what we teach them."

Berlinale 2018: "What Walaa wants": Against all the odds

Women′s rights in the Arab world: The key to change

RLA winner Mozn Hassan on civil repression in Egypt: ″Now′s the time to be creative″

Home
Print
Newsletter
More on this topic
Sexual violence in Egypt: Battling against a culture of silenceMona Eltahawy: "Why do you hate us so?": The Middle East needs a sexual revolutionHaifaa Al-Mansourʹs ʺThe Perfect Candidateʺ: When the patriarchy has better things to do
Related Topics
Abdul Fattah al-Sisi, Arab cinema, Arab Spring, Arabellion, Authoritarianism, Democracy and civil society, Egypt Revolution 2011, Egypt's army, Gender, Human rights, Mohammed Morsi, Sexism and violence against women, Social movements, Women in the Islamic world
All Topics

Alaa Abd el-Fattah, arguably Egypt’s most prominent democracy activist, has just been handed another lengthy prison sentence. Despite this, a book of his writing has recently been ... END_OF_DOCUMENT_TOKEN_TO_BE_REPLACED

People in Arab countries have been talking more openly about sex and sexuality for some time now, especially on social media. And for the first time ever, they have the vocabulary ... END_OF_DOCUMENT_TOKEN_TO_BE_REPLACED

A prominent rights group in Egypt, the Arabic Network for Human Rights, is ending operations just as the country braces for a controversial NGO law. Is this the beginning of the ... END_OF_DOCUMENT_TOKEN_TO_BE_REPLACED

Moncef Marzouki was Tunisia's first democratically elected president after the fall of dictator Ben Ali. Today he is the most prominent critic of increasingly counter- ... END_OF_DOCUMENT_TOKEN_TO_BE_REPLACED

Asef Bayat, professor of Sociology at the University of Illinois, Urbana-Champaign, has been studying revolutions and how they affect people since 1979. In his recent book, " ... END_OF_DOCUMENT_TOKEN_TO_BE_REPLACED

Every year in December, the team at Qantara.de takes a look back at the articles that proved most popular with our readers. This year is no different. Here is a run-down of the ... END_OF_DOCUMENT_TOKEN_TO_BE_REPLACED
Author:
René Wildangel
Date:
Mail:
Send via mail

END_OF_DOCUMENT_TOKEN_TO_BE_REPLACED
Social media
and networks
Subscribe to our
newsletter