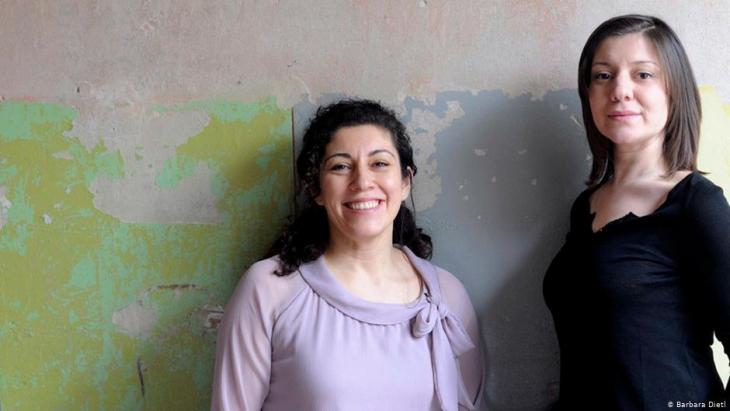 Set up to foster understanding between Germany and Turkey by distributing Turkish literature in translation, Binooki, a niche publishing house founded in Berlin by daughters of Turkish guest workers, is fighting for survival – thanks to Erdogan. By Ulrich von Schwerin

Many German readers will be familiar with Orhan Pamuk. And maybe Yasar Kemal. Possibly also Elif Shafak. But what about Oguz Atay? The writer, who died prematurely in 1977 is, however, one of the central figures of modern Turkish literature, and his work The Disconnected remains an important touchstone for many younger authors.

It was therefore no coincidence that Atay was one of the first authors chosen by sisters Inci Burhaniye and Selma Wels when they founded their publishing house, Binooki, nearly eight years ago. After all, their aim is to make the great works of modern Turkish literature accessible to German readers.

"We said to ourselves that if weʹre a publisher of Turkish literature, then we have to start with the author who shaped Turkish literature," the publisher Burhaniye tells me when we meet at her law firm, which is also the publishersʹ office. "Many authors said, once youʹve published Atay, then we want you to publish our books, too." But since his major work was too long, at 800 pages, they began with Atayʹs volume of short stories, Waiting for Fear, before they brought out The Disconnected.

The daughters of Turkish guest workers, born in Pforzheim, wanted to use their publishing house to improve understanding between Germany – their homeland – and their parentsʹ country. The idea came to them in 2010, when Turkey was the guest of honour at the Frankfurt Book Fair. At that point, the Swiss publisher Unionsverlag brought out two dozen works of modern Turkish literature in German translation for its Turkish Library series. But interest was threatening to wane again quickly, since there was no publisher committed to Turkish literature in the long term. 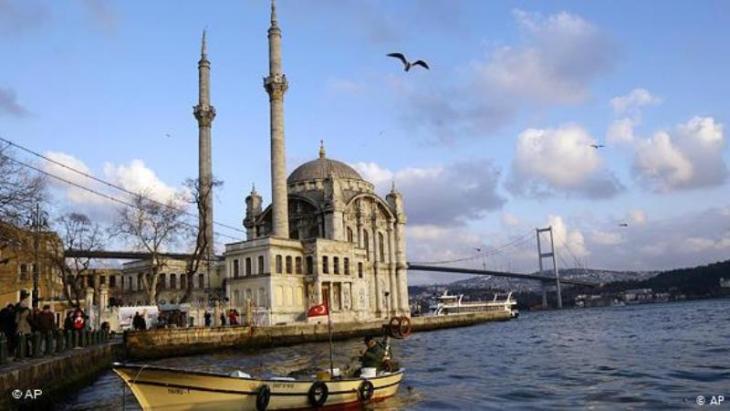 Turkish literature from the Bosporus to the Spree: the daughters of a Turkish guest worker couple born in Pforzheim want to use their publishing house to foster understanding between their home country of Germany and the country of their parents

"It wasnʹt that Germans were especially disinterested in Turkish literature. People just didnʹt know about it and couldnʹt read the books," says Burhaniye. Thanks to the German translations from Binooki, the publisher explains, interest has since grown in other European countries as well, because editors there can now read the books in German. Since it was first founded, Binooki has published a few dozen novels, thrillers, short story collections and childrenʹs books, and has been awarded several prizes for its work.

Despite this success, however, the publisher is now in difficulty – even though hardly a week goes by without Turkey making headlines in the German media. But the company is not profiting from this interest; quite the opposite, as the publisher explains. The image of Turkey today is completely dominated by the controversial figure of Erdogan, and at readings and book fairs the conversation always turns at once to the president and his policies. There is little room left for the literature that is the real focus of these events, says Burhaniye.

A increasingly negative image of Turkey

At the time the publishing house was founded, Turkey was still a role model in the region, fascinating people with its dynamic economy and lively cultural scene, but today it is making headlines for the persecution of critical journalists, academics and intellectuals – like the publisher Osman Kavala, who will soon be up in court for supporting the Gezi protests. And if Erdogan was still being celebrated as a courageous reformer in 2010, taking decisive action against the taboos in Turkish politics, then today he is known as the gravedigger of democracy.

Today, relations between Germany and Turkey are characterised by tension and accusations from both sides; as a result, Germansʹ relationship with their Turkish fellow citizens has hardened, too. In this situation, the need for cultural exchange seems greater than ever, but for Binooki, the environment has become more difficult to operate in. Not only do politics dominate peopleʹs image of Turkey today; the number of people travelling for its culture, setting off to discover Istanbul with a Turkish novel in their luggage, has significantly decreased.

On top of this comes the fact that in the last few years, it has become more difficult to get funding for translations. "There used to be more funding, which meant we could translate six to eight books a year," says Burhaniye. "Now itʹs just two. Without translation funding, our work just isnʹt economically viable." Particularly as the publisher has always insisted on using proper literary translators, who are able to convey a bookʹs linguistic nuances – especially with a work as complex and multifaceted as Atayʹs The Disconnected.

The publisherʹs difficult financial situation means that Selma Wels has had to take a second job; Burhaniye had always continued to work as a lawyer alongside her publishing venture. In order for the company to survive, they now want to adapt their programme. Last year Das Tor zur Glueckseligkeit (The Gate to Rapture), became the first Binooki book to be originally written in German. Michael Asderisʹ historical non-fiction book uses his own family history to tell the story of the Istanbul Greeks, who helped to shape the city on the Bosphorus until the 1950s.

In Turkey, too, the publishing scene is in crisis: the drop in value of the Turkish currency has seen paper prices increase dramatically. Small presses in particular are facing closure. And on top of this, Turkish intellectuals are increasingly moving abroad, in light of restrictions on freedom of expression and the repressive climate in Turkey. "Many of the authors and artists have got out of Turkey and are now writing abroad," says Burhaniye. "We want our focus to be on the experiences these authors are having today."

The publisher sees the exodus of the intellectual elite as a catastrophe for Turkey, but she believes it might also be an opportunity. "Iʹm counting on these people to change Germansʹ image of Turkish culture. Then they wonʹt just associate Turks with doner kebab shops and vegetable stalls."

The immigrants of the 1960s and 70s were manual workers, she says, who had read very little and so could hardly contribute to communicating Turkish literature. Today, by contrast, it is the authors themselves who are coming.

A French artist has used photos of torture from Abu Ghraib for an oversized artwork at the Berlin Biennale. Reactions from fellow artists have been mixed, with some criticising ... END_OF_DOCUMENT_TOKEN_TO_BE_REPLACED

Since Ali Khamenei, Iran's most powerful man, has openly and unconditionally come out in support of Putin's war in Ukraine, logistical help is on its way, with an allegedly ... END_OF_DOCUMENT_TOKEN_TO_BE_REPLACED

It is possible to write about the Holocaust and the crimes of colonial powers without downplaying anything. In her latest book, Charlotte Wiedemann focuses on the numerous blind ... END_OF_DOCUMENT_TOKEN_TO_BE_REPLACED

This year Annemarie Schimmel, the great German scholar of Islamic studies, would have turned 100. Unique within the German and international academic community of her time, ... END_OF_DOCUMENT_TOKEN_TO_BE_REPLACED

The highly controversial Indian blockbuster "The Kashmir Files“, on the exodus of Kashmiri Hindus in the 1990s, is characterised by unilateral representations, negative ... END_OF_DOCUMENT_TOKEN_TO_BE_REPLACED

END_OF_DOCUMENT_TOKEN_TO_BE_REPLACED
Social media
and networks
Subscribe to our
newsletter