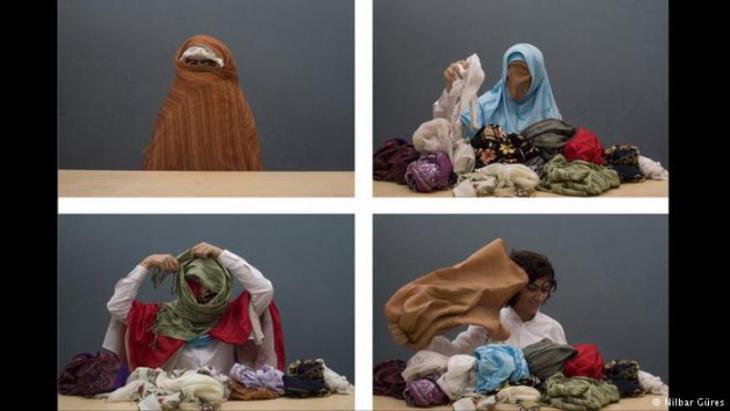 Why do women hide their hair?

Muslims, Jews, Christians: women all over the world cover their heads out of religious piety. An exhibition at Berlin's Jewish Museum asks what motivates them – and how others respond. By Nadine Wojcik

Grace Kelly wore a scarf on her head as a fashionable accessory more than 60 years ago. Today, women of many different religious beliefs cover their hair. It's a tradition that dates back to the days of antiquity. In many cultures, women's hair is still considered too intimate to be displayed in public.

When societal ideals and religious strictures come together, it can often lead to conflict and strife. Consider, for example, the bathing guests on French beaches who feel provoked when a Muslim woman arrives wearing a burkini. How much religion can a secular society tolerate? That's the subject of a new exhibition, "Cherchez la femme", scheduled to run until 2 July 2017 at the Jewish Museum in Berlin. In interview curator Miriam Goldmann reveals why women hide their hair.

"Cherchez la femme" (literally: Look for the woman) is the title of the exhibition. Do we really need to look for women?

Miriam Goldmann: In the course of the discussion surrounding the Muslim headscarf, it really does feel like that's the case – it feels as though only men are offering their opinions on the subject. And religious requirements are most often written by men. With our exhibition, we want to give women the opportunity to speak for themselves. What do they think about head coverings, how do they themselves view them?

In your exhibits, there are women whose heads are covered who come from a variety of religions including Christianity, Judaism and Islam. Is there a connection between them?

Goldmann: Modesty is something that comes up in all religions. The idea behind it is that hair is something that can be seen as intimate and as such, should only be shown to a woman's husband and her family. What surprised me, however, is that there is a lot of room for interpretation, which women make the most of. In spite of the rules, there is quite a bit of movement occurring, something which our exhibition presents. Among others, we show how Orthodox Jewish women have added a modern interpretation of the head-covering rules by using wigs.

How religious women cover their heads 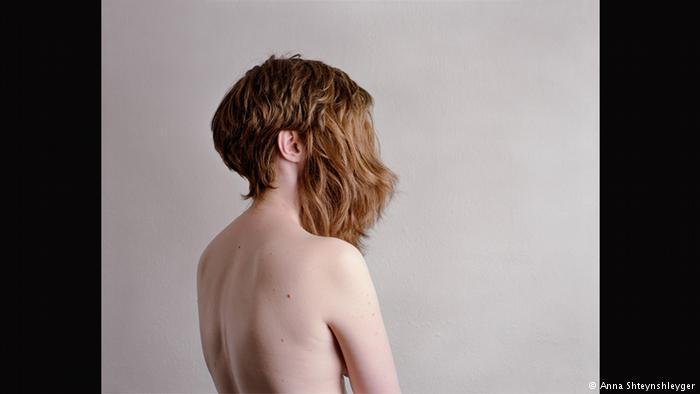 Fake hair: in the self-portrait, "Covered" (2009), Anna Shteynshleyger is wearing two different wigs – an everyday head covering used by religious Jewish women. Through the end of the 17th century, Jewish women wore a "tichel", a headscarf to cover their hair. Once wigs were in fashion, they became the perfect alternative for the "scheitel", the traditional head covering worn by Orthodox women 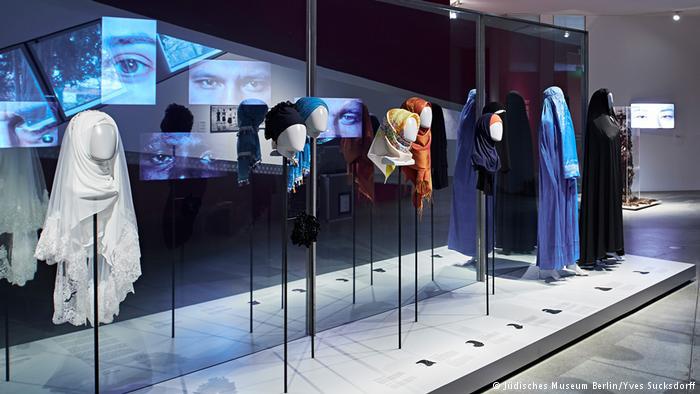 One belief, several religions: short headscarf, long scarf, wound tightly or tucked in at the neck: there are numerous ways that Muslim women cover their hair. But what do these all mean? The exhibition explains the differences, showing which scarves belong to which cultural background and which religious beliefs, as well as their broader meaning. For many strict Muslims, the headscarf is one of Islam's most fundamental rules 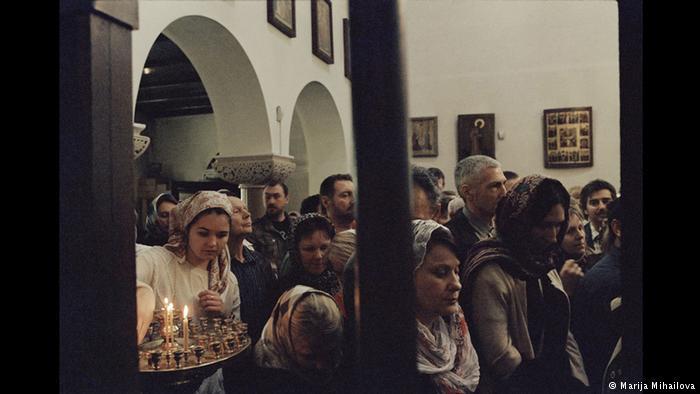 Head-coverings during mass: photographer Marija Mihailova has documented the rituals that take place at the Russian-Orthodox church of Berlin. For mass, the women cover their heads with scarves – an occurrence that has become rare in Catholic and Protestant churches 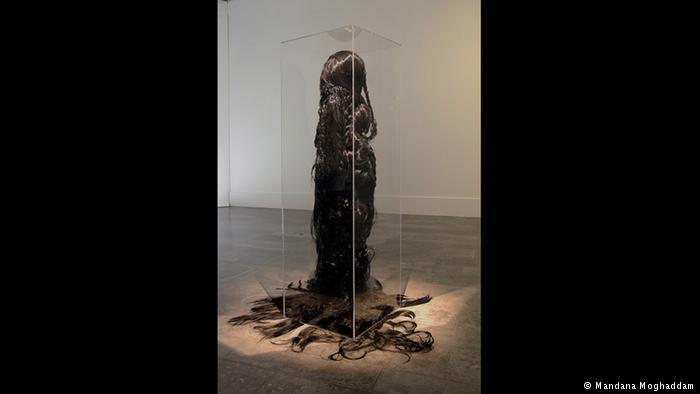 Drowning in hair: long, dark hair is a beauty ideal in many Arab countries, something which is symbolised in this sculpture, "Chelgis I" (2002), by the Iranian artist Mandana Moghaddam. Although the hair is beautiful, it creates a veil that completely hides the identity of the girl beneath. It is a take on a Persian fairytale that tells the story of an imprisoned girl who wears 40 braids 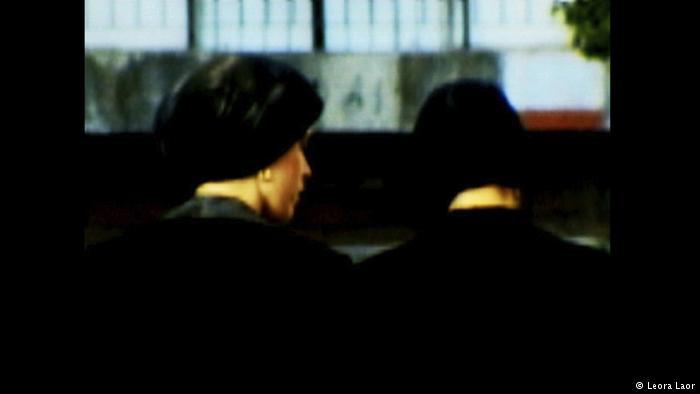 Hair: exclusively for your husband's eyes: the Yiddish word "tichel" refers to a head-covering worn by Orthodox Jewish women, which can be seen documented here in 2001 by photographer Leora Laor while visiting the ultra-Orthodox district of Mea Schearim in Jerusalem. The belief says that after marriage, only a husband may view his wife's hair, which must be covered, either with a headscarf, a wig or other decorative accessories 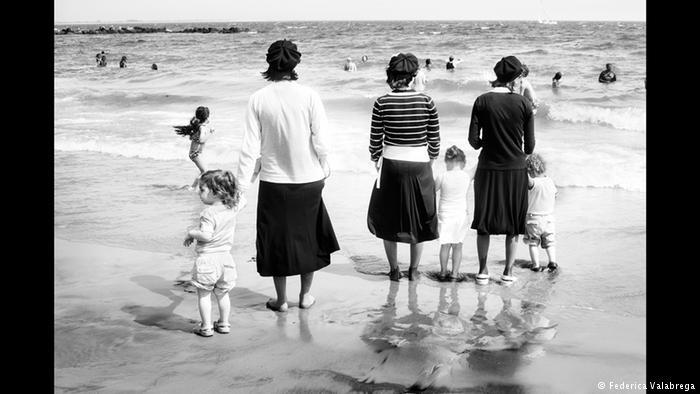 Free room: Jewish women were photographed at the beach on New York's Coney Island in 2011 by Federica Valabrega. Though all of them wore headscarves, their hair peeked out beneath them. Religious rituals are numerous and there is a diversity in how creatively women interpret them 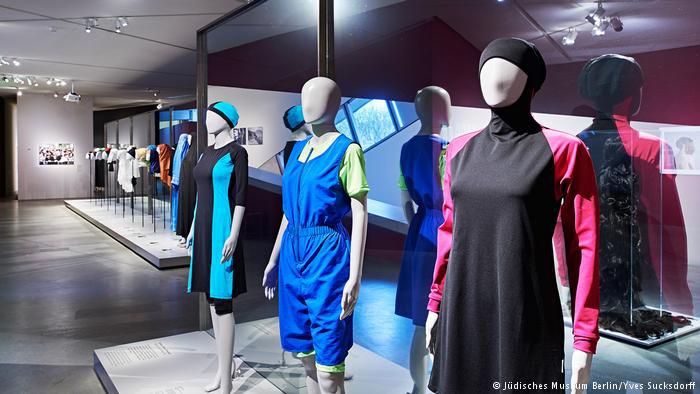 Covered beachgoers: splashing in the sea while remaining true to your beliefs? For many Muslim women, the burkini has made this possible, as it displays very little of the head and body. Yet some in the Western world feel the swimwear is a provocation

You want visitors to be confronted with the question of how much visible religiosity a secular society can handle. Is there an answer to that question?

Goldmann: No, the exhibition is a playful commentary on the current societal debate, like the burkini ban in France. One of the friction points is the Christian understanding of religion, which says that religion is something private. In Judaism and Islam, that's not the case: religious rituals and customs are lived out in the community and, as such, are visible.

Goldmann: Yes, the Jewish head covering is something that elicits astonishment. Sometimes, women are devalued as quirky or weird, which can be hurtful. But with the Muslim head-covering, so much more is read into it, such as, for example, that a woman has not integrated or has political motives. I believe that comes from the fact that Judaism has a long tradition of behaving as a minority group. There is a long history of experiences which have shown how to maintain core values and simultaneously be respectful of the laws of the nation.

What, in your opinion, is the impetus for the female head covering?

Do you have a favourite exhibit?

Goldmann: Of course, but that's something that continuously changes. At the moment, I'm quite pleased that we could display a so-called "spitzel", a head scarf that is worn by Orthodox Jewish women. It appears seldom and gives the appearance on a woman's forehead of an imitation of a hair extension. Outside of the religious context, it's rare and is a real insider piece.

What would you like visitors to the "Cherchez la femme" exhibition to take with them?

Goldmann: A bit more understanding of others' religiosity. I'm certain that our society can withstand more and I wish people would be more relaxed towards other religions without immediately fearing the downfall of our society. Ultimately, we live in a globalised world in which not only goods cross borders, but also people with their customs.

Home
Print
Newsletter
More on this topic
Women's dress code in Islam: No compulsion to wear the headscarfInterview with Fereshta Ludin: "The decision for or against the headscarf is wholly a matter for the woman herself"Book review: Emel Zeynelabidin's "You grow up only in this life": The headscarf is not a gauge of devoutness
Related Topics
Dialogue of Religions, Islam in Germany, Judaism | Jews, Muslim women, Muslims in the West, The Headscarf Controversy, Women in the Islamic world
All Topics

Nine victims of the right-wing extremist murderer of Hanau had a migration background. The motive for the crime is clear and unambiguous: racism. Sheila Mysorekar from the "Neue ... END_OF_DOCUMENT_TOKEN_TO_BE_REPLACED

The template of the mentally disturbed gunman doesn't fit. Seeing himself as a spearhead, heralding a new rise to power, the murderer of Hanau placed himself squarely in the Nazi ... END_OF_DOCUMENT_TOKEN_TO_BE_REPLACED

A newly leaked document confirms how China is imprisoning Muslim minority Uighurs based solely on their religion. Naomi Conrad met with a whistle-blower and visited relatives of ... END_OF_DOCUMENT_TOKEN_TO_BE_REPLACED

Education is the key to the future. Muzoon Almellehan has known this since she was 14 years old. But she lives in a Jordanian refugee camp. And since then she has been fighting ... END_OF_DOCUMENT_TOKEN_TO_BE_REPLACED

Michael Frey has written a fascinating book about the contemporary political thinker Nassif Nassar. Since 1967, Nassar has devoted his life’s work to the question of a fair social ... END_OF_DOCUMENT_TOKEN_TO_BE_REPLACED

The Kurdish YPG militia did the heavy lifting in the fight against the "Islamic State", yet many foreign YPG adherents, including Germans, have come home to find themselves under ... END_OF_DOCUMENT_TOKEN_TO_BE_REPLACED
Author:
Nadine Wojcik
Date:
Mail:
Send via mail

END_OF_DOCUMENT_TOKEN_TO_BE_REPLACED
Social media
and networks
Subscribe to our
newsletter